Hamas Calls For United Arab Front Against ‘Judaization’ Of Jerusalem 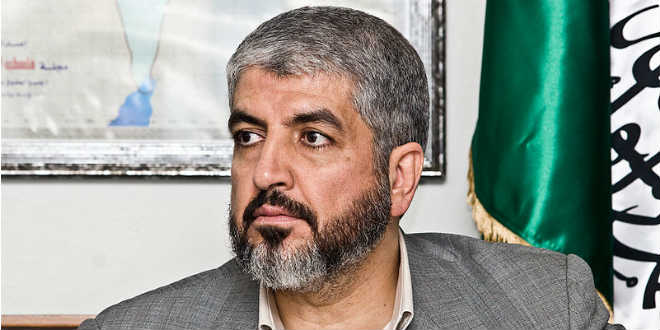 For I will gather all nations against Jerusalem to battle; and the city shall be taken, and the houses rifled, and the women ravished; and half of the city shall go forth into captivity, but the residue of the people shall not be cut off from the city. (Zechariah 14:2)

Hamas leader Khaled Mashaal called for an “urgent national meeting” with the Palestinian Authority and Fatah to agree on a unified Palestinian strategy to confront Israeli “schemes” in Jerusalem” on Wednesday, the Jerusalem Post reported. Mashaal was speaking at a conference in Ankara on the issue of Jerusalem.

Mashaal said in his speech that no Palestinian or Arab or Muslim leader is authorized or has a mandate to sign an agreement that “harms” Jerusalem and the holy sites.

“Protecting Jerusalem and the Aksa Mosque against Judaization, demolition and division should be a shared national goal,” he said.
Mashaal called for a decisive Palestinian, Arab and Islamic stance toward Jerusalem that rejects any concessions in the city.

“We need to affirm to ourselves, the future generations and the world that Jerusalem is the essence of the cause and conflict and a political, religious, national and historic symbol,” he added. “There should be no differing over this.”

The Hamas leader said that building an Arab, Islamic and Palestinian military capability is the only way to restore Jerusalem and the holy sites.

The first step toward building such a military force should be to launch resistance attacks against Israel in order to drain its power, Mashaal said.

“The occupation should not live in stability and without worries,” he continued. “There should be daily draining.”

He also condemned the Palestinian Authority for conducting security coordination with Israel and cracking down on Hamas supporters in the West Bank.

Mashaal called for an all-out popular uprising against Israel under the motto of “defending Jerusalem against demolition and division.”
He stressed that no Palestinian or Arab or Muslim or Christian negotiator was authorized to negotiate about Jerusalem or sign an agreement that includes political or religious concessions in the city.