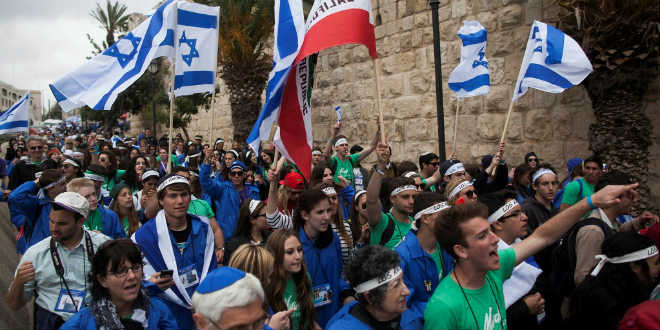 Last year’s festival included such highlights as an appearance by Machina, a popular Israeli band, alongside a mix of operatic, rap, DJ and other music shows. There were also drumming circles, exhibitions of Israeli spacecraft vehicles, a digital history of Israel and the classic favorite of Israeli folk dancing, among dozens of cultural exhibitions and events.

This year’s planning began with feedback about last year’s festival, as well as new ideas for performances and how young people can play a more central role in the event itself.

Shawn Evenhaim, chairman of the IAC, attended the meeting.  “We want the festival to be everyone’s festival. That’s why we had so many organizations represented tonight. We want to make a strong and clear statement that when we come together to celebrate Israel, we are all coming together as a community and as a city to make that happen,” he said. “We want to give everyone an opportunity to contribute, strategize, and help provide a vision for the festival. We need to do it all together.”  Also in attendance were Consul General of Israel David Siegel, area rabbis and leaders of local Jewish organizations, including several Hillel groups and youth movements.

“In a world full of divisions and lines, Israel is our common denominator as a community. When we unite around the idea of Israel and our support for it, we emerge inspired and stronger as a community,” said Naty Saidoff.

Although Israel’s official Independence Day lands on May 6 in 2014, Celebrate Israel will be held on Sunday, May 18, coinciding with the Lag BaOmer holiday.