Historic Knesset Session To Be Held In Auschwitz-Birkenau

Home » Historic Knesset Session To Be Held In Auschwitz-Birkenau 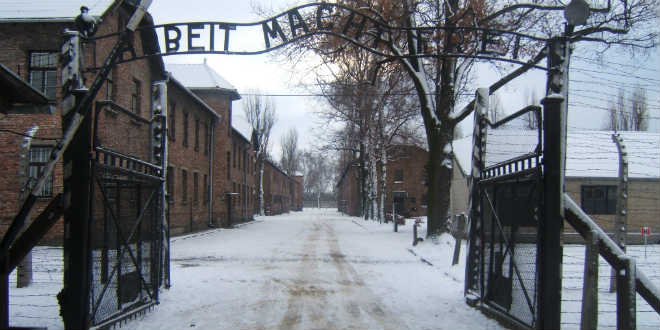 Remember what Amalek did unto thee by the way as ye came forth out of Egypt; how he met thee by the way, and smote the hindmost of thee, all that were enfeebled in thy rear, when thou wast faint and weary; and he feared not God. Therefore it shall be, when the LORD thy God hath given thee rest from all thine enemies round about, in the land which the LORD thy God giveth thee for an inheritance to possess it, that thou shalt blot out the remembrance of Amalek from under heaven; thou shalt not forget.(Deuteronomy 25:17-19)

On International Holocaust Remembrance Day, held every year on January 27, the largest ever delegation of Knesset (Israeli Parliament) members will convene overseas – on the grounds of Auschwitz-Birkenau, together with Holocaust survivors, for a historic gathering on combating anti-Semitism.

This year will also mark the 69th anniversary of the liberation of Auschwitz-Birkenau by the Allied troops in 1945.

The Israeli delegation will include over 60 Members of Knesset, and will be led by Speaker of the Knesset, Mr. Yuli Edelstein. Each Member of Knesset will be accompanying a Holocaust survivor.

In addition, the Israeli delegation will include senior representatives of the Israel Defense Forces, the Chief Rabbis of the State of Israel and representatives of various student groups, signifying the living link between the past and the future. The Israeli delegation will be joined by a large number of elected officials and Parliamentarians from around the world, including Europe and a senior bi-partisan group of leaders from the U.S. Congress. Famed Nobel Laureate and Holocaust survivor Elie Wiesel will also join the group.

According to Knesset Speaker Edelstein, the primary objective of the mission is two-fold: to highlight the importance of not just remembering the Holocaust and Auschwitz-Birkenau, but to also “have a conversation with elected officials from around the world about what needs to be done to make sure nothing of the kind ever happens again, anywhere in the world, especially as far as Jews are concerned.”

Edelstein adds “anti-Semitism, especially in Europe, has reached a level unprecedented since the end of the Holocaust.” Noting the “importance and urgency” of combating global anti-Semitism, he warns “we must not wait until the trains start going to Auschwitz-Birkenau once again.”

The event organizer and the person behind the project is Jonny Daniels, an Israeli, who is the Founder and Executive Director of ‘From the Depths’, a non-profit organization devoted to preserving the memory of the Holocaust and ‘connecting the Jewish past with the Jewish future’.

Daniels says “at least one Holocaust survivor an hour is dying in Israel and we are getting very close to the point where there will be no more first-hand accounts left. The onus falls on us, not just as Jews and Israelis, but humanity as a whole, to learn, to be with the survivors and to understand what happened and to ensure it never repeats again.”