Christian Lawmakers Gather In Jerusalem To Stand In Solidarity With Israel 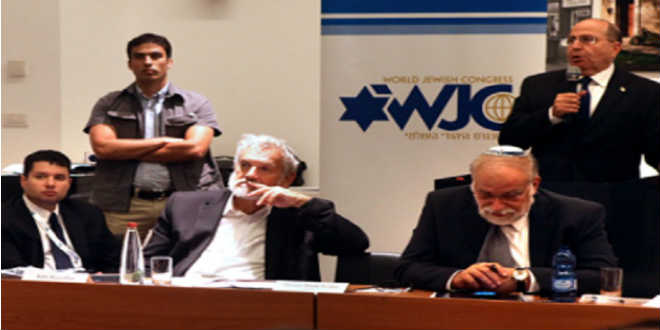 And Ruth said: ‘Entreat me not to leave thee, and to return from following after thee; for whither thou goest, I will go; and where thou lodgest, I will lodge; thy people shall be my people, and thy God my God; (Ruth 1:16)

Twenty-five members of parliaments and congresses from around the world gathered in Jerusalem to stand in solidarity with Israel. These lawmakers are the chairmen of Israel Allies Caucuses which represent hundreds of members of Congress and Parliament worldwide. Under the Israel Allies Foundation (IAF), these caucuses coordinate international activity on Israel-related issues. Over the Sukkot festival, the participating lawmakers met with Minister of Defense, Moshe Ya’alon, Minister of Economy, Naftali Bennett and others.

The participants included members of Congress from the US, and members of Parliament from the European Union, Canada, the UK, Brazil, the Netherlands, Italy, Spain, Portugal, Macedonia, Poland, South Africa, Guatemala, Peru, Argentina, Chile, Bolivia and Uruguay.

During the two-day conference, the lawmakers discussed ways to strengthen Israel and specifically address the recent European boycott of Israeli products and academia in Judea and Samaria  and Jerusalem. Participants called this ban an act of discrimination and a move destructive to peace efforts. The delegation also toured Jerusalem, Judea and Samaria and met with top Israeli government officials including: Minister Naftali Bennett and Minister Moshe Ya’alon.

British MEP Roger Helmer exclaimed, “I was struck by how tiny the state of Israel is if you remove Judah and Samaria. They are an intrinsic part of Israel…This interest is beneficial not only to Israeli residents but to all other residents in that area as well.”

IAF President, Rabbi Benny Elon said, “The arrival of more than 20 parliamentarians representing hundreds of pro-Israel Congressmen and Parliamentarians from around the world, presents a clear picture of massive international support for the Jewish State. This is a tremendous demonstration of strength. After meeting personally with these Parliamentarians, I am sure that their sympathy and support for Israel will translate into practical measures against the boycotts on Israel and its economy.”

“The planned EU ban on Israeli institutions in east Jerusalem and Judah and Samaria is both discrimination and destructive, and based on a prejudiced interpretation of the situation on the ground and of international law. I applaud the action taken by this international parliamentary body,” Alon added.

US Rep. Doug Lamborn, who has also co-sponsored HB 2846, also known as the “Recognition of Jerusalem as the Capital of the State of Israel Act” said, “We urge the EU to halt these harmful directives which will only serve to harden positions and undermine peace talks currently underway.”

Deputy Minister of Defense Danny Dannon lauded the esteemed group for their efforts, telling them, “I want to thank the Israel Allies Foundation, and you, the lawmakers, for standing with Israel and for what is right. I know it is not easy and that you are in the minority but you are doing the right thing.”