A Wayward Flock Without a Shepherd: Where Have All The Leaders Gone?

Home » A Wayward Flock Without a Shepherd: Where Have All The Leaders Gone? 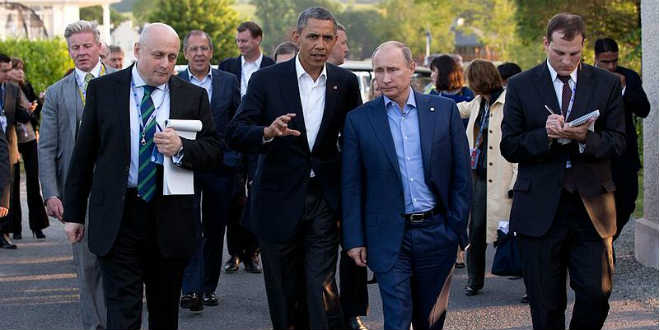 Where no wise direction is, a people falleth; but in the multitude of counsellors there is safety. (Proverbs 11:14)

Traditionally, as the new Jewish year begins, the cycle for the weekly Torah portion ends. Perhaps there is some message behind the timing of the Torah’s swan song. The final chapter of the Jewish Bible, “Vzot HaBeracha” or “And This is the Blessing”, is the farewell sanctification Moses gives to the Jewish people before he dies. Conceivably, the message of Moses’s blessing is not in what was said but a reflection of the man who said it. In one of the last verses the Torah declares “And there was no other prophet who arose in Israel like Moses.” Moses was the greatest leader this world has ever seen, and with his passing, not just Joshua, but every person on the face of the earth for the rest of time is aware that he left impossible shoes to fill.

Maybe that is why no one is trying.

The world could certainly use a Moses right now but they would surely settle for a competent and rational knockoff. Heck, considering the state of the world today, maybe the Tu Pac people could just whip up a Moses hologram.

In the United States, President Barack Obama has done irreparable damage to a nation once revered by all. Obama is no leader, he is a destroyer. Not only has Obama devastated America’s reputation in the international arena, capping off a horrendously incompetent foreign policy by playing cat and mouse with Syria while simultaneously hammering Israel despite it being the only country in the region not exterminating its citizens, but he has decided the answer to all his problems lie in the hands of Vladimir Putin’s Russia.

This is the same Russia that recently declared a ban on any speech having to do with homosexuals. Whether one is prone to accept homosexuality or not is irrelevant. The Russia decree is an egregious violation of freedom of speech and the ultimate manifestation of an Orwellian ‘Big Brother’. This is also the same Russia that arrested a female punk rock band “on charges of hooliganism motivated by religious hatred” for performing a punk prayer on the altar of Moscow’s Christ the Savior Cathedral in February of 2012. Putin is no leader, he is a vicious megalomaniac.

Obama has also consistently sought approval from the United Nations and the European Union before acting in the international arena. The United Nations has been, and continues to be, the most one-sided and hypocritical NGO in world history. The UN has done nothing but serve as an impediment to the “good guys” such as America and Israel. In fact, although he retracted his statement in a cowardly gesture that should surprise no one, UN Secretary General Ban Ki-moon did admit that there was a biased attitude towards the Israeli people and Israeli government in the UN, stressing that it was “an unfortunate situation.” Ki-moon and the UN are not leaders; they are a pathetic shell of ineffective and lopsided bureaucracy.

The European Union, another of Obama’s overlords, has seen racism and anti-Semitism rise to all-time highs in Europe and have turned a blind eye. Instead of cracking down on the radical Islamization of Europe, the EU has decided to enact a ban on all products made from Judea and Samaria, or as they call them “the settlements”. What this means is that any Israeli entity that wishes to apply for a “grant, prize or financial instrument” from the European Union must first submit a declaration stating that it has no direct or indirect links with the West Bank, the Golan Heights, east Jerusalem and the Gaza Strip, according to the EU’s new directives. EU Foreign Policy Chief Cathrine Ashton has besmirched Israel every chance she gets, yet when a Jewish teacher and his 3-year-old and 6-year-old son are gunned down in cold blood in Toulouse, France all Baroness Ashton can do is compare them to the children in Gaza who she claims Israel is oppressing. Ashton and the EU do not lead; they make excuses and hide their bias behind a shield of ‘human rights’ concerns that only travel in one direction.

The esteemed American president has also vouched for Palestinian Authority President Mahmoud Abbas. Obama and Secretary of State John Kerry have stated that Abbas is Israel’s best chance for peace. Obama is always careful not to upset Abbas whenever operating in the Middle East to ensure he hangs on to power Hamas is trying furiously to wrest from his hands. To Israel, and to America too if Obama had even the slightest understanding of the region’s history, there is NO DIFFERENCE between Hamas or Abbas. The PA is the PLO is Hamas. All of these organizations refuse to recognize the existence of the Jewish state and all advocate and celebrate the murdering of innocent Jewish civilians. Abbas even admitted to sending Jihadists to kill Israelis on PA television. This is the great peace maker the world must trust in! Abbas is not a leader, he is a mass murderer.

Israeli Prime Minister Benjamin Netanyahu has recently truckled to every demand Obama and Abbas has made of him. He has released prisoners with innocent blood on their hands and intends to release even more killers despite not even a single act of good faith on the PA’s part and the almost certain knowledge nothing is forthcoming. In fact, instead of stopping this perilous path, his coalition members felt it necessary to send him a letter on Sunday imploring him not to consider ceding land to the PA. Netanyahu is not leading, he is following.

The most terrifying reality is that the people and organizations mentioned above are supposed to be the cream of the crop. These are the leaders of the FREE world! This is all without mention of the world’s most ruthless dictators, such as Bashar Assad, Ayatollah Kohemeni and Kim Jong-Un.

Where have all the leaders gone?

In a world full of Pharaohs can a Moses arise and save the people?

The current batch of world leaders shows no signs of taking up the mantel and the world is in its deteriorating state because of it.