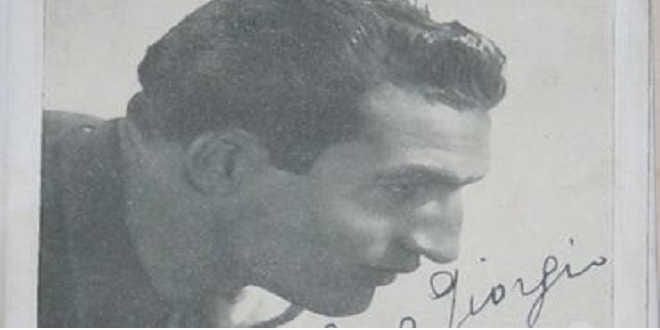 I have been young, and now am old; yet have I not seen the righteous forsaken, nor his seed begging bread. All the day long he dealeth graciously, and lendeth; and his seed is blessed. Depart from evil, and do good; and dwell for evermore. (Psalms 37:25-27)

Gino Bartali, a well-known Italian sportsman and public figure, was posthumously named “Righteous Among the Nations” by Yad Vashem on Monday, according to the Jerusalem Post.

Bartali was a champion cyclist who won the Tour de France twice, and the Giro d’Italia multi-stage race three times. He was also a devout Catholic who took part in the Jewish-Christian rescue network led by Rabbi Nathan Cassuto of Florence and the Archbishop of Florence, Cardinal Elia Angelo Dalla Costa. The rescue network was established on the heels of the German occupation of Italy in September 1943, when Jews began to be deported. Cardinal Dalla Costa was granted the same honor by Yad Vashem last year.

Yad Vashem said that Bartali’s role in the network was to serve as a courier, transporting forged documents between cities to Jews, concealing them inside the handlebar and seat of his bicycle. He used his sport training as a cover, risking his life in the process in order to save Jews. Apparently, when the cyclist was stopped and searched, he requested that his bicycle not be touched, telling authorities that it was adjusted in a specific manner so as to reach maximum speed.

According to Yad Vashem, the network saved hundreds of local Jews and Jewish refugees from formerly Italian-controlled areas, mainly in France and Yogoslavia.

Yad Vashem’s account of Bartali’s story relates that he also forged documents produced by another rescue network, the Assisi, which was initiated by members of a church in his town.

“After the war Bartali never spoke of his underground work during the German occupation. Hence many of his courageous endeavors remain unknown,” Yad Vashem recounts.

A ceremony in Italy to honor Bartali and his new title is currently in the works.