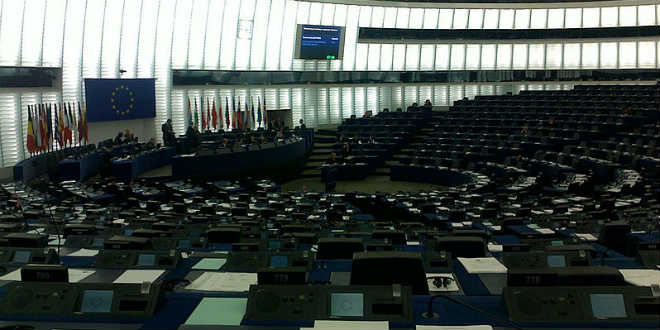 And he said: I called out of mine affliction unto the LORD, and He answered me; out of the belly of the nether-world cried I, and Thou heardest my voice. (Jonah 2:3)

Samaria Regional Council Chairman Gershon Mesika and his deputy, Yossi Dagan were among the Israeli officials invited to a conference at the European Union’s Parliament building in Brussels on Thursday. Also in attendance was Bayit HaYehudi (Jewish Home) Knesset Member Ayelet Shaked, according to the Jerusalem Post.

The conference, titled “EU-Israel relations: impact of the new EU guidelines on Israel and their effects on the EU, Israeli and Palestinian economies”, was significant due to the fact that EU parliament has often been hostile to the topic of Israeli activity in Judea and Samaria. However, according to the JPost, Vice Chairman of the EU Parliament’s Committee on Foreign Affairs, Italian politician Fiorello Provera, held the conference to help parliamentarians better understand the issue.

Shaked told the European politicians that she feared the evacuation of West Bank settlements and the creation of a Palestinian state would only lead to increased missile attacks against Israel.

“Europe’s forcing us to cede land, in order to achieve the type of agreement it sees fit for the Middle East, will only mean that these missiles will continue to rain down on Israel not only from Gaza, but from Kalkilya and Ramallah as well,” Shaked said.

“Such conduct creates a sense among Israelis that Europe is lost, [that] it is occupied by the forces of radical Islam. If that’s the message you’ve been trying to send, you’re doing a good job in getting it across. I want you to understand that you are important to us. We hold your support in high regard, but you cannot push us to commit suicide,” Shaked said.

Among the other speakers were MK David Rotem (Likud Beytenu) and Israeli Ambassador to the EU David Walzer, whose office was helpful in putting together the event.