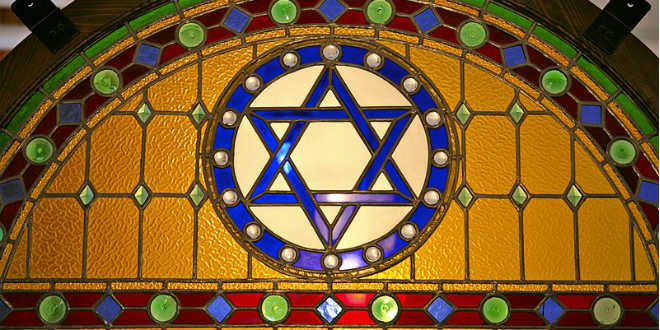 “You shall observe My statutes and My ordinances, which a man shall do and live by them. I am the Lord.” (Leviticus 18:5)

A proposed ban on “ostentatious religious symbols” in the Canadian province of Quebec has the Jewish community concerned.  Under the province’s proposed Charter of Quebec Values, designed to preserve the province’s secular identity, significant religious symbols, such as turbans, hijabs and kippahs, would be banned in public institutions.  This includes schools, hospitals and government offices.  Small symbols, such as modest jewelry with crosses or stars of David, would be permitted, according to the Jerusalem Post.

The Charter is being promoted by the province’s separatist minority government.  Although it was leaked to the press several weeks ago, it was officially unveiled in parliament last week.  Some polls suggest it has the support of some 66% of the Quebec population, particularly among French speakers, while others have figures closer to 40%, with nearly as many opposed.  It will not reach the bill stage until at least November, at which time it may be passed into law.

Such a move is “unacceptable,” the group stated on its website on Tuesday. “The separation of Church and State has existed in Quebec for many years. CIJA-Quebec sees no need at this time to bring forward new laws on the secular nature of the Quebec public sector. The prohibition of wearing religious symbols in the public and para-public service is not justified, and would exclude a large number of Quebecers.

“The role of the state should be to bring people together, not to divide them.”

Jewish groups are not the only ones protesting the move.  In Montreal over the weekend, thousands of mostly Muslim protesters took to the streets to oppose the Charter.  Chanting “No to the Charter!” and “Quebec is not France,” they waved signs promoting tolerance and diversity.

Although ostensibly intended to promote the secular nature of the state, several glaring exceptions built into the proposal have raised eyebrows.  Provincial politicians will be permitted to wear religious symbols, as they represent their constituents, but their office staff will not.  And the giant crucifix in the Quebec legislature will remain, as a reflection of Quebec’s cultural heritage.  Neither Bernard Drainville, the Quebec minister of democratic institutions, nor Premier Pauline Marois addressed the seeming contradiction.

Leaders of all three major federal parties have spoken out against the Charter, most recently Prime Minister Stephen Harper.  He does not believe the measure will pass, and has said his government will prevent its enactment if it does.

At least one Ontario hospital is hoping to capitalize on the controversy: Lakeridge Health in Oshawa, Ontario, recently advertised under the heading “We don’t care what’s on your head We care what’s in it.” It hopes to woo doctors and nurses fed up with restrictions on their religious self-expression.  This may be an effective strategy.  In 1995, following a vote on Quebec sovereignty which showed citizens prefered the province remain Canadian by a very narrow margin (50.58%), then-Premier Jacques Parizeau blamed “the ethnic vote,” resulting in a flood of minority residents, especially Jews, leaving the province for fear of anti-Semitic backlash.