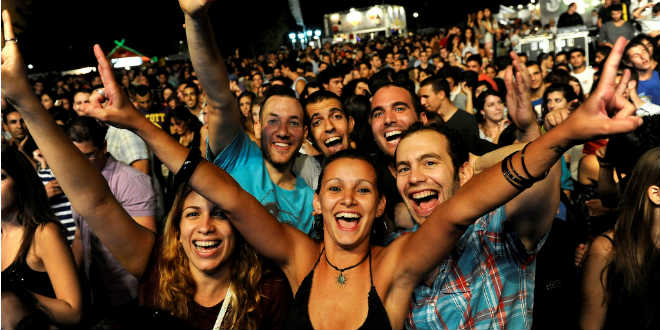 Happy art thou, O Israel, who is like unto thee? a people saved by the Lord, the shield of thy help, and that is the sword of thy excellency! And thine enemies shall dwindle away before thee; and thou shalt tread upon their high places (Deuteronomy 33:29)

Israel jumped up three spots in the Annual World Happiness Report, published on Sunday. Coming in at 11th, Israel placed far higher than any of its neighbors and even ranked above the United States, The Times of Israel reported.

“Happiness” was measured as a “life evaluation score,” a number between 0-10 that measures several factors including health, family and job security, and social factors like political freedom, social networks and lack of government corruption.

While Israeli climbed in the standings, the United States fell six spots from the previous year, coming in at 17. The report had UK in the 22nd spot.

Israel is by far the happiest member of the Middle East, the survey revealed, with Jordan ranked 74th, Lebanon 97th, and Egypt 130th. War-ravaged Syria ranked 148th on the list, and Togo’s citizens were ranked least happy.

“There is now a rising worldwide demand that policy be more closely aligned with what really matters to people as they themselves characterize their lives,” said the report.

According to the Times, one of the goals of the report was to challenge the assumption that happiness is directly correlated to wealth. While the countries that are happiest by and large do tend to be the wealthiest ones, it is social factors that play a larger role in the happiness of those countries, including the absence of government corruption and the degree of personal freedom.