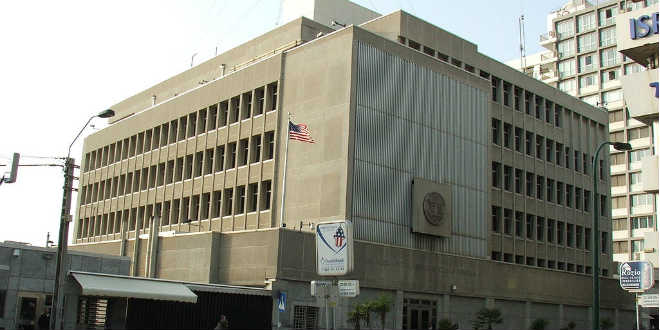 A recent online petition calling for the United States to move their embassy in Israel from Tel Aviv to Jerusalem has been gaining steam.

US House Representative Doug Lamborn, of Colorado’s 5th congressional district, has co-sponsored HB 2846, also known as the “Recognition of Jerusalem as the Capital of the State of Israel Act”. Lamborn, a member of the Republican Israel Caucus, has worked furiously to raise awareness and support for the Jerusalem push, reaching across the aisle to gain support from a number of Democrats, in efforts to strengthen the campaign. On Wednesday, August 21, Breaking Israel News and the Israel Allies Foundation (IAF) launched a petition to gain support for the embassy move. In its first few days the petition has already gathered signatures from all 50 states. “We are excited to work together with Breaking Israel News on this important petition for Jerusalem,” said Willem Griffioen, Executive Director of the IAF. “We believe advocating for the movement of the US Embassy to Jerusalem and recognizing Jerusalem as Israel’s united capital is a practical step that supporters of Israel everywhere can take to ensure Jerusalem’s future.

“Israel is America’s strongest ally in the Middle East and we recognize the self declared capitals of all countries except one, Israel,” Griffioen added.

In recent month petitions have proven an effective tool for advocacy by supporters of Jerusalem. The Jerusalem Covenant,  which proclaiming the city’s eternal unity as Israel’s undivided capital, garnered over 10,00 signatures from over 150 countries, and was presented to Chairperson of the Knesset Christian Allies Caucus and Israeli Member of Knesset Gila Gamliel. Gamliel told Breaking Israel News that the petition demonstrated that, “Jerusalem has and always will be the capital of the Jewish people. The city is mentioned 662 time in the Old Testament, 142 in the New Testament and not a single time in the Muslim Koran. It is our duty to keep Jerusalem united.”

Gamliel had a message not only for the United States, but for all foreign countries: “It is time for all nations to recognize Israel’s natural, legal and historic rights over the land of Israel and its capital Jerusalem and relocate their embassies to the city.”

“A united Jerusalem is an integral issue to our organization, the Israel Allies Foundation, and one that we hope thousands will take up the call to advocate for,” Griffioen staunchly stated.

“We are excited to present the names of the signees to Rep. Doug Lamborn, one of the Co-Chairs of the Congressional Israel Allies Caucus and sponsors of the “Recognition of Jerusalem as the Capital of the State of Israel Act”, when he joins us in Jerusalem for our Chairman’s Conference this coming September.”

If you have not yet signed the petition, you may do so by clicking here: https://promotions.israel365.co.il/jerusalem-us-embassy/