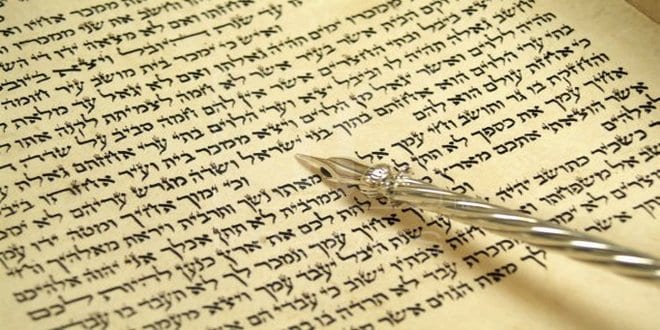 Our relationship with God is inherently connected to our presence in the Land of Israel and the blessings that God will bestow upon us when we settle and farm that land.

This week’s portion opens with the ceremony of first fruits that is performed in the Temple, after the Children of Israel have entered the Land of Israel.

There are a number of words in these first verses that provide the focus for the entire section.  The fact that the land has been given to Israel by God is mentioned twice in these two sentences, clearly as a means of emphasis in this chapter.  Also, the word translated as inheritance in the first verse, is actually the Hebrew word “Nahala”, which includes the concept of territory.  In other words, Nahala is a piece of land designated as the rightful possession of the Jewish people, in essence an inheritance from God.

Following this introduction, the instruction is given to bring the first fruits to the Temple and recite a specific statement which begins with the acknowledgement of Jewish history, the enslavement of the people in Egypt, the Exodus brought about by God, and the entrance into the Land of Israel, made possible by God who has granted the people this “land flowing with milk and honey” (26:9).

This, then, is a thanksgiving ceremony in the fullest sense of the word.  It is not only a ceremony which thanks God for the harvest and for the richness of the fruits.  It is also, and perhaps primarily, a thanksgiving for the entire process of Jewish history, for the fulfillment of the process that began with the Exodus and culminates with the bringing of the first fruits in the Land of Israel.  It emphasizes the fact that the Exodus was not completed with the Revelation at Sinai, which was certainly a monumental event, when the Children of Israel became a people and when they cemented their relationship with God in an everlasting covenant.  For it is only when they enter the Land of Israel, take possession of it and farm it, that the process is truly completed, that the nation is truly free to worship God and settle in their own land.  (It is worth comparing this process to the antecedents of the Thanksgiving holiday in the US – a holiday that has always symbolized not only a successful harvest but a sense of entitlement to the land that became the USA.)

These verses speak powerfully to me today in many ways.  Even as some Jews question the extent to which Judaism is a nationality or a religion, this verse makes it clear that one cannot be divided from the other.  For our relationship with God is inherently connected to our relationship with Him as a people, and our worship in the Temple, which functions as the epicenter of the relationship with God, is inherently connected to our presence in the Land of Israel and the blessings that God will bestow upon us when we settle and farm that land.  There is no Jewish religion without Jewish nationalism and there is no Jewish nationalism without the Jewish religion.  And when nationalism and religion come together in the Land of Israel, we have a great deal to be thankful for.