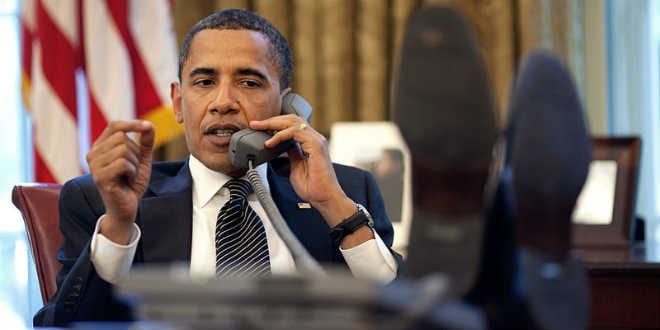 This also shall be my salvation, that a hypocrite cannot come before Him (Job 13:16)

The current (and past, for that matter) Obama administration is the quintessential embodiment of “Chutzpah” in the worst way possible.

Chutzpah, originally a Yiddish word, has now officially made it into the American lexicon. According to the Oxford English Dictionary, “Chutzpah” is defines as “slang or colloq. Brazen impudence, gall”. The OED could have saved the ink and simply printed this picture below the word: A headline in last week’s Los Angeles Times illustrates why any supporter of Israel witnessing the US government’s current treatment of Israel during the ongoing peace negotiations with the Palestinian Authority should be baffled. The headline, which ran on August 10, read “Release of U.S. agent’s killer puts Mexican leader in tricky position”. The sub-header read, “President Enrique Peña Nieto will have to deal with American and Mexican anger after a regional court freed a drug kingpin.”

It turns out that the United States is in an uproar over a Mexican justice system decision to free “Caro Quintero, one of Mexico’s major drug cartel leaders…after serving 28 years for the kidnapping, torture and murder of a U.S. narcotics agent, Enrique “Kiki” Camarena, in 1985. The court vacated his conviction and lifted what remained of a 40-year sentence, based on a technicality.”

While the Mexican justice system is, no doubt, rife with corruption and hypocrisy, this is not news to the US. Yet governmental agency after governmental agency has lined up to express their displeasure with Mexico over the release. According to the Times, “the U.S. government reacted angrily. The Drug Enforcement Administration, for whom Camarena worked, said it was “deeply troubled” that the “mastermind” of his murder had been freed. And the U.S. Justice Department suggested it would pursue efforts to extradite Caro Quintero to the U.S. to face prosecution”

Contrast this with the current pressure John Kerry and the White House continues to place on Israel during the peace talks. After Israel agreed to free 82 prisoners with blood on their hands, each one a “Caro Quintero” of their own, the Palestinian Authority said ‘no that is not enough’. With Kerry so pathetically desperate to have something to show for his six trips to the region in his first four months in office, the decision was made to strong-arm Israel to up the number of prisoners to be freed. Israeli Prime Minister Benjamin Netanyahu horrifyingly acquiesced, agreeing to release 104 prisoners.

While the extra 22 prisoners may seem insignificant to the commoner on the street in the US, this magic number is clearly not insignificant for the PA, nor is it is insignificant for any family of victims of Palestinian terror. They now must go to sleep every night wondering, if it will it be his or her loved one’s murderer who attains their freedom. For at least 26 of these people, the answer is already ‘yes’.

Ahead of the second meeting between the Jewish state and the PA, Israel released the first 26 terrorists late Tuesday morning. The Government Press Office issued a list of the names of the 26 miscreants that were set free and the Jerusalem Post expounded on the crimes of these 26 with a horrifying list of its own. According to the JPost, all 26 prisoners released had been involved with a murder of at least one Israel. The list included, Atiyeh Salem Musa, who, along with an accomplice, used an ax to murder a Jewish co-worker, 67-year-old Isaac Rotenberg, during Passover 1994. The murder took place while Rotenberg was hunched on his knees fixing a floor at his place of employment in Petah Tikva. He was struck on the back of his neck, dying two days later.

Also set free was Mohamed Abdel Majid Sawalha, who was arrested for murder and attempted murder in December 1990, and his accomplice, Hosni Faregh Sawalha, who was charged with murder and for being an accessory to murder. The two, minors at the time, stabbed to death 24-year-old Baruch Yaacov Heisler, a passenger on a bus from Petah Tikva to Tel Aviv. They attempted to attack other passengers as well. A second accomplice was killed by a police officer.

Atef Izzat Sha’ath was granted freedom late Tuesday as well. He was arrested in March 1993 for being an accessory to murder after driving three terrorists to the crime scene and driving them away afterward. The victim, Simcha Levy, made a living in Gush Katif by providing transportation to local workers. Sha’ath, and his accomplice, were dressed as female agricultural workers and rode in Levy’s vehicle, where he, along with a partner, stabbed her to death and fled.

Also on the list was Ali Ibrahim al-Rai, who was arrested in April 1994 for the murder of Moris Eisenstatt. Al-Rai killed the 79-year-old by striking him in the head with an ax as Eisenstatt sat on a public bench in Kfar Saba.

This is just five out of 26 freed slaughterers, with another 80 to come, and if your stomach, and/or heart, is not aching after reading that brief but appalling list you might want to see a doctor.

If that is not enough, these 26 murderers were welcomed back with a party at the PA President’s home, posing for pictures with PA President Mahmoud Abbas as returned heroes from the battlefield. That is tantamount to President Obama greeting Caro Quintero with a Medal of Honor on the White House lawn…26 TIMES IN A ROW Is this a partner for peace?!

The Israeli public was predictably enraged. In a pathetic and wholly-transparent attempt to placate them, Netanyahu allowed his government to announce the construction plans for new houses in Judea, Samaria and Jerusalem. This did little to quell the fury on the Israeli side, but what is sicker than Bibi’s incongruous gesture was the American response to it.

Abbas, the shameless terrorist-hugger, expressed his shock and outrage and immediately declared it an imminent threat to the peace talks. This came despite the fact that Kerry acknowledged that both he, as well as Abbas, had been given prior knowledge of the construction announcement.

Abbas’s duplicitous response is to be expected from the low-life of his ilk, but what of Kerry? Kerry followed up his confession that he knew the building announcement was coming with the statement “the policy of the United States with respect to all settlements, is that they are illegitimate.”

Forget that this statement, on its own, demonstrates how little Kerry knows about the region. A large number of “settlements” would be, and always have been, part of borders Israel would retain in any final agreement since the history of the peace talks began. Even had that not been the case, Kerry chose to kick his “ally” when they were down, instead of attempting to let Bibi save a little face and allow the Israeli public to grieve a little less. Apparently that was too much to ask.

Additionally, when AP reporter Matt Lee asked State Department deputy spokeswoman Marie Harf “Do you object to the Palestinians referring to them as political prisoners?” her response was a pathetic, “I do not have a position on that”.

This past week, the Jewish people were forced to watch the release of some of the worst dregs on the face of the earth, who had slaughtered their brothers and sisters in cold blood, welcomed to a party more rocking than the Academy Awards. To add insult to injury the party was THROWN by the very man who they are allegedly trying to make peace with. The thought of that alone is enough to throw any Jew from anywhere on earth into a deep depression. Yet, to top it all off, Kerry has the brazen impudence to criticize Israel’s building announcement and then the US has the gall to complain about one Mexican drug lord who was set free through the justice system of a sovereign ally.

“Chutzpah” has always been difficult to define but John Kerry, President Obama, and anyone else complicit in this sham have hit the nail on the head in personifying it, and they should be ashamed.