Israel to Offer Students Grants to Defend It on Social Media 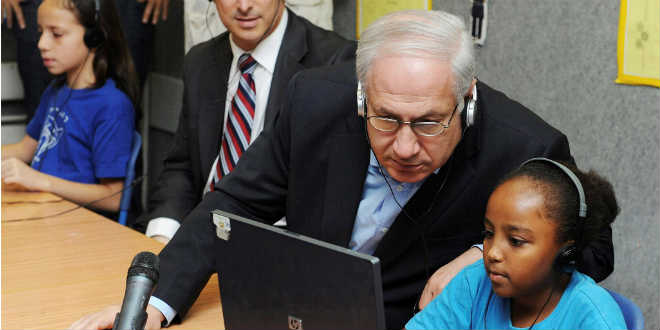 A word aptly spoken is like apples of gold in settings of silver. Like an earring of gold or an ornament of fine gold is a wise man’s rebuke to a listening ear. (Proverbs 25:11-12)

Israel is getting its own “Fifty Cent Army” — the nickname given to Chinese Internet commentators who are paid to post pro-government messages online.

The Prime Minister’s Office has confirmed that it is planning to offer Israeli students grants to post pro-Jewish or pro-Israel messages on social media.  According to a statement by the PM’s office, “This is a groundbreaking project aimed at strengthening Israeli national diplomacy and adapting it to changes in information consumption.”

Participants in the program would be free to decide whether or not to identify themselves as connected to the government.  Daniel Seaman, a public diplomacy official identified as the program’s coordinator, wrote in a letter August 5, “the idea requires not making the role of the state stand out and therefore it is necessary to adhere to great involvement of the students themselves, without political linkage or affiliation.”  The letter was addressed to the body which authorizes government projects.

Not everyone is enamored of the idea.  Former director-general of Israel’s foreign ministry said, “University students should be educated to think freely. When you buy the mind of a student, he becomes a puppet of the Israeli government grant.  You can give a grant to do social work or teach but not to do propaganda on controversial issues for the government.”

In the book of Numbers, Moses sends twelve spies to the land of Israel ostensibly to plan the Children of Israel’s entry into the land.  Moses charges the men to look for the best parts of the land and report on its fertility and suitability as a new home.  Ten of the men came back saying the land would be too difficult to conquer and was not a good place to live, but two — Joshua and Caleb — insisted not only that God would be with them in the conquest, but that the land was desirable.  The people unfortunately heeded the words of the ten, and as a result were relegated to wandering the desert for forty years.  Of the generation that heard the report of the spies, only Joshua and Caleb entered the land because they insisted on singing her praises.  Perhaps these students will be our generation’s Joshua and Caleb in a digital world full of “spies”.