In A Month to Repent, Is Bibi Taking the Opportunity?

Home » In A Month to Repent, Is Bibi Taking the Opportunity? 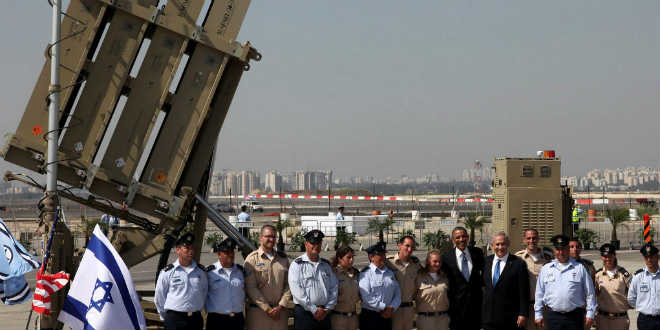 Wherefore I abhor my words, and repent, seeing I am dust and ashes (Job 42:6)

As the final Jewish month of the year, Elul, falls upon us, Jews around the world take these 29 days to make resolutions and repent for past actions. There is an emphasis on improving interactions between both man and G-d, as well as man and fellow man. One of the main Jewish tenants of treating your fellow man in a proper way is Dan Lekav Zchut, or “Give the benefit of the doubt”. In the spirit of Elul, perhaps Israeli Prime Minister deserves the benefit of the doubt.

Netanyahu has been reckless as of late, infuriating his base by absurdly agreeing to return to peace negotiations with the Palestinian Authority despite the PA’s staunch refusal to recognize Israel’s right to exist, but then, after the PA pouted that Israel was not doing enough to prove they wanted peace, Bibi moronically agreed to release 82 Palestinian prisoners, most with blood on their hands. Alas, 82 was simply not enough, and so PA President Mahmoud Abbas whined to the media and US Secretary of State John Kerry and Bibi yet again acquiesced, raising the number to 104.

Many in the pro-Israel camp have not been able to stop shaking their heads in a concoction of shock, sadness and fear. Danny Danon, an up and coming member of Netanyahu’s very own Likud party, described the PM’s actions in one simple yet perfectly-fitting term: “lunacy”.

Just a short time ago Bibi was the darling of the Jewish people, standing up to President Obama’s shameful demands that Israel agree to negotiate the return to indefensible 1967 borders and warning the UN about the Iranian nuclear threat. He dazzled the people he swore to defend with his gutsy visual aid demonstrations on Iran’s plans to exterminate Israel and the Jews, bringing the blueprints to Auschwitz to the UN Assembly in 2009 and a cartoon bomb in that very same hall three years later. In his latest term as the Prime Minister of Israel he proving to be the right-wing hawk he always claimed to be.

Things have gone sideways, or rather left, for Bibi since then, culminating with this pathetic peace talk charade.

Bibi flip-flopping is nothing new to the Israeli people…which is why, perhaps, he deserves the benefit of the doubt after an announcement he made this week.

This week Bibi extended yet another olive branch to the United States, who is currently embroiled in a heated budget-cut debate. With looming drastic budget cuts coming to the Pentagon (the US Armed Forces to slash $50 billion in 2014 alone), Defense News reported that Israel has offered to forgo its promised protection from the sequestration cuts, giving up roughly $55 million in missile defense aid.

Outgoing Israeli Ambassador to the US Michael Oren told Defense News that, “Our position is we must bear the burden that our American friends are bearing,” with the website noting that both countries acknowledge that this is “a painful, yet pragmatic price for the goodwill to be generated among longtime supporters in Washington.” At first glance, perhaps that is all it is…another gesture of goodwill by Israel to curry favor with the Americans (heck, what’s one more at this point?!)

However, perhaps, giving Bibi the benefit of the doubt, there is far more to the offer Israel made to the US this week, hidden in the subtext.

All of the infuriating decisions Netanyahu has made in the last few weeks have stemmed from his primary desire to appease the United States, who is desperately looking for a win of any kind in a Middle East on fire. Knowing that they have absolutely zero chance of reasoning with the numerous Arab radical regimes and rebel in the region, the Obama White House does what every American President has done since 1948…beat up on your only Democratic friend because you can. It has never been a secret that the US does this to Israel because their chances of success are highest with them. Similarly, it has never been a secret that the reason Israel eventually truckles to every demand made by the Red, White and Blue is because of military aid and funding.

This brings us to Israeli announcement this week. Forget what Michael Oren said about friendship, and try and read the bigger picture that this statement depicts. It is the picture of ISRAEL throwing AMERICA a bone, and a military-financial one at that!

Perhaps Bibi, by offering to bypass the protection Obama himself promised him, was delivering a subtle message to his new best buddy Barak that Israel is slowly moving away from American dependence. Following that logic, the less dependent Israel is on US protection and funding, the less culpable they are to America for their actions. Perhaps Bibi is sending the message that ‘for now I will play along with your prisoner exchanges and unilateral withdrawals, but very soon we won’t need you and we will do as we please’.

As an interesting aside, Businessweek reported on Thursday that the Shekel had jumped to a two-year high as the Bank of Israel buys up dollars.

Perhaps, hope against hope, Bibi deserves the benefit of the doubt here that he is playing the long-game, waiting for Obama to self-destruct and then let Israel take the upper hand in the relationship, taking pressure that has been on the Jewish State since its inception off of it for the first time.

In this month of repentance and readjustment, perhaps Bibi deserves the benefit of the doubt that he too is taking this month to heart, and he too is seeking to repent for his actions of the past few weeks.