Kenyan Wants ICJ To Try Israel for Death of Jesus 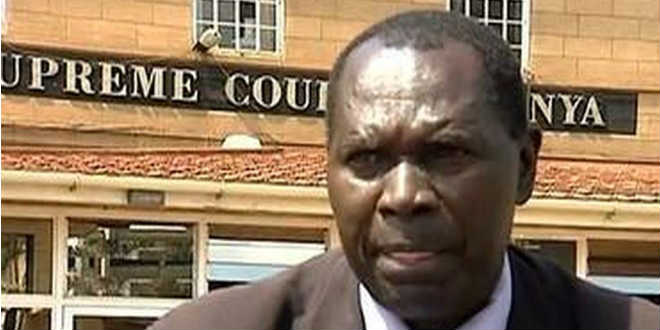 “As a madman who casteth firebrands, arrows, and death” (Proverbs 26:18)

Kenyan lawyer, Dole Indidis, has sent a petition to the International Court of Justice in The Hague requesting a reopening a 2,000 year-old case taking the State of Israel and the Jewish people, among others, to court due to the fact that the trial and crucifixion of Jesus was unlawful according to Kenyan news outlet The Nairobian.

Indidis, “a lawyer and former spokesman of the Kenyan Judiciary is reportedly attempting to sue Tiberius (emperor of Rome, 42 BCE-37 CE), Pontius Pilate, a selection of Jewish elders, King Herod, the Republic of Italy and the State of Israel,” according to the Jerusalem Post.“Evidence today is on record in the Bible, and you cannot discredit the Bible,” Indidis told the Kenyan Citizen News.

Indidis did acknowledge the fact that the main actors he aimed to prosecute have not been alive for centuries, he argues that the people and government whose interests they acted in should now be held responsible. “I filed the case because it’s my duty to uphold the dignity of Jesus and I have gone to the ICJ to seek justice for the man from Nazareth,” Indidis told The Nairobian. “His selective and malicious prosecution violated his human rights through judicial misconduct, abuse of office bias and prejudice.

According to the Jerusalem Post, Indidis named both the State of Israel as well as Italy in the suit because upon the attainment of independence, the two states incorporated the laws of the Roman Empire, those in force at the time of the crucifixion.

He is challenging every aspect of the ‘trial of Jesus’ including the mode of questioning, prosecution, hearing, sentencing, the form of punishment and the substance of the evidence used to convict him. The case was first filed in the High Court in Nairobi but was rejected. Indidis then applied to have it heard at the ICJ.

Indidis says he wants to establish what crime Jesus was charged with and prays that the court decides “that the proceedings before the Roman courts were a nullity in law, for they did not conform to the rule of law at the material time and any time thereafter.”

“Some of those present spat in his face, struck him with their fists, slapped him, taunted him, and pronounced him worthy of death,” Indidis told the Kenyan news website Standard Media(SDE).

When Jesus died, Indidis insists, he was not given an opportunity to be heard. “I am suing as a friend,” he said.

Indidis insisted on the validity of his case, saying “I know with a matter of fact and truth we have a good case with a high probability of success and I hope it is done in my lifetime.”

When asked about the case, an official from the ICJ told legal news website Legal Cheek, “The ICJ has no jurisdiction for such a case. The ICJ settles disputes between states. It is not even theoretically possible for us to consider this case.”.