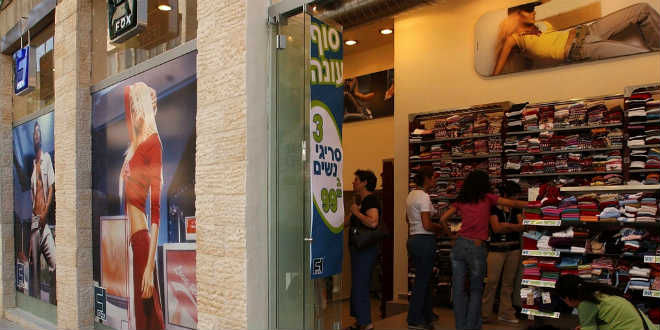 “Hear the word of the LORD, ye that tremble at His word: Your brethren that hate you, that cast you out for My name’s sake, have said: ‘Let the LORD be glorified, that we may gaze upon your joy’, but they shall be ashamed” (Isaiah 66:5)

A project that would have brought the clothing franchise, Fox, to Ramallah,  providing work for 150 Palestinians, was derailed on Wednesday when persistent protests by Palestinian activists and journalist forced the two Israeli Arab businessman in charge of the project to abandon the venture according to the Jerusalem Post. The project had already progressed a great deal, with many of the would-be workers already completed training. Fox is an Israel-based clothing store that has many stores around the country, including the Arab sector.

The extremists objected to the idea of a Fox store in Ramallah due to the fact that it would be a form of “normalization” with Israel. The pressure to make a political statement over providing jobs and salaries for 150 families grew too oppressive for the two Arab entrepreneurs, one from East Jerusalem and the other from Northern Israel, thanks to a large “anti-normalization” campaign, despite the fact that they  had obtained permission from the PA Ministry of Economy to open the clothing store.

One of the leaders of the campaign, Fadi Arouri, a photojournalist with China’s Xinhua News Agency, told Wattan TV that the opening of a Fox store in Ramallah was a “stain of disgrace.” Arouri has also led campaigns aimed at preventing Israeli journalists from working in PA-controlled territories.

Earlier in the week, activists took to the streets of Ramallah to protest the announcement of the Fox store. They made a sweeping call to their government to ban any Israeli business from Ramallah in the future. The two would-be franchisers then decided to pull the plug on the store, despite the fact that renovation stage of the project had already reached an advanced stage.

The two businessmen expressed their frustration over the railroading they received and warned that it would ultimately be harmful to the Palestinian economy. “Many people could have profited from this project,” the businessman told the Jerusalem Post. “It’s sad when thugs and extortionists succeed in preventing any economic project.”

Earlier this month, the Swedish do-it-yourself furniture giants, IKEA, announced they were considering building a store in Ramallah according to Yediot Achronot. The would-be employees would be trained at the Israeli branch in Netanya. “If asked, we’ll be happy to help establish the store,” said Matthew Bronfman, the franchisee for IKEA in Israel.

It is unclear how the Fox fiasco will affect IKEA’s recent deliberations.