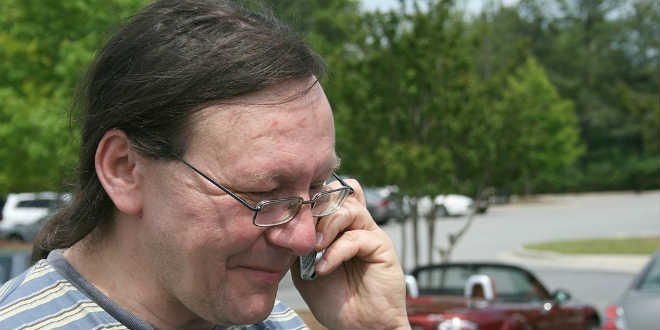 For the first time ever, a definitive study, conducted by Tel Aviv University, has proven a linkage between cellphone usage and cancer risk according to The Times Of Israel. Cellphones have long been suspected to raise the risk of cancer, because they were thought to be of a carcinogenic nature, studies had been inconclusive until the Israeli discovery. Israel has always been at the forefront of scientific innovation and this latest discovery, among others, is just another invaluable contribution it has made to the science and technology world.

The study was published in the scientific journal “Antioxidants and Redox Signaling.” Despite the significant findings, the report does not establish a direct relationship between cellphone use and cancer development among users. It does, however open up new angles of research and does establish a clear connection between long-time cellphone use and and potentially detrimental side effects on health that can cause molecular changes that can lead to cancer.

In the study, researchers from TAU, Rabin Medical Center and the Technion studied the salivary glands of 20 long-term heavy cellphone users, defined as a mean of 12 years of 30 hours per week of use, and 20 deaf subjects who did not use cellphones or used them only for text messaging.

The researchers hypothesized that because cellphones are generally placed quite close to the salivary glands when used for calls, the effects on cancer risk could be determined by analyzing the saliva of users.

They found that compared to the non-users, the cellphone users’ saliva showed much higher indications of oxidative stress, a process which is regarded as a major risk factor for cancer The Times of Israel report explained.

“Increasing use of mobile phones creates growing concerns regarding harmful effects of radiofrequency nonionizing electromagnetic radiation on human tissues located close to the ear, where phones are commonly held for long periods of time,” the study noted.

The findings suggest that there is “considerable oxidative stress on the tissue and glands which are close to the cell phone when in use,” Dr. Yaniv Hamzany of TAU said, and noted that oxidative stress, caused by radiation emitted by the phone, is linked to cell mutations which lead to the development of cancerous tumors.