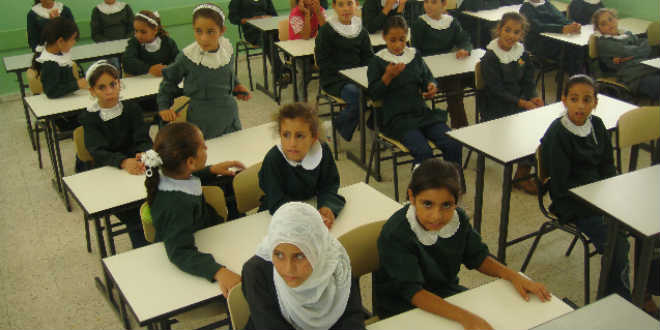 Last week, the Hamas government in Gaza issued a decree banning co-education from ages ten and up.  The legislation, strongly influenced by Islamic law, will actually only affect Christian schools in the strip.

The new law states that classes for students age ten and above must be single-gendered and they must be taught by a teacher of the same gender.  All public schools in the Muslim-ruled Gaza Strip already follow this practice, so the only schools affected by the change in law will be the private Catholic and Christian schools, five in all.

Two of the schools are under the auspices of the Franciscan Foundation for the Holy Land.  The remaining three schools are Catholic, of which two are run by the Latin Patriarchate and one by the Rosary Sisters.  Director general of the Latin Patriarchate Schools in Palestine and Israel, Fr Faysal Hijazin, said, “This will be a big problem. We hope they will not go through with it, but if they do, we will be in big trouble. We don’t have the space and we don’t have the money to divide our schools.”  The decree would mean finding new space for smaller, single-gender classes, as well as hiring more teachers, something the schools cannot afford.

Interestingly, most of the students at the Christian schools in Gaza are actually Muslim.  Israel Hayom had reported that Hamas had banned Muslim students from attending Christian schools, but both PA officials and representatives of the Christian schools deny that is the case.  Badra, however, did point out that the move to require segregated classrooms is “straining the relationship between Muslims and Christians, which was not tarnished in any way after the Hamas takeover of the Gaza Strip.”

The Palestinian Ministry of Education in Gaza has said that it has no intention of implementing the new measures in one fell swoop, nor is it interested in coercion.  However, director of public relations for the ministry, Mutassim Minawi, claimed, “the Gaza Strip’s culture is conservative and does not favor gender mixing. The majority of Palestinians in Gaza praised the law and only leftist parties criticized it.”

The Latin Patriarch of Jerusalem, along with Hijazin, intends to meet with Hamas ministers in an effort to find a solution that is in the best interest of the students.