Travesties on the Temple Mount

Home » Travesties on the Temple Mount 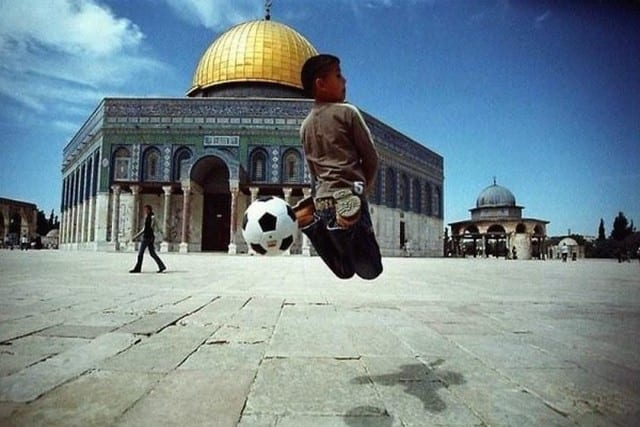 There is an oft-told story about Napoleon Bonaparte and his visit to a Jewish town in Europe. Napoleon walked into a synagogue on the 9th day of the month of Av, the somber fast day observed each year that marks the anniversary of the Holy Temple’s destruction. Upon learning that the Jews were in deep sorrow for a tragedy that had befallen them 1700 years prior, he remarked, “Such a people as this will never be destroyed! If they still remember to mourn for their Temple of so long ago, they will surely see it rebuilt.”

It was the Jew’s respect for, and their devotion to, their holy Temple and what it represented that assured the great conqueror of their prominence as a nation and the quality of their character.

If this is a measure of a nation’s character what does the recent events on the Temple Mount say about the Arabs in Israel today?

Forget the fact that the Temple Mount was secured by Israel in 1967 but was given back to the Arabs as a sign of good will shortly afterward.

Forget the fact that Ariel Sharon’s visit to the Mount in 2000 is the official given impetus for the Second Palestinian Intifada, which saw the slaughter of more than 1,000 Jews, blown up for committing such heinous atrocities such as patronizing coffee shops, grabbing a bite to eat at pizza shops and heading home from work on buses.

Even if one is to forget all of the above, although it would be no easy task, two events that transpired just this past week, are sufficient to tell the story of the Arabs and their ‘beloved devotion to and respect for’ Jerusalem and the Temple Mount, both areas being Arab pre-conditions to any final peace agreement in the past three decades.

Firstly, this past Wednesday, the Jews around the world mourned yet again the destruction of the Temple. Israeli Police informed the Jewish and Christian communities that they were banned from the Temple Mount during the 9th of Av because a very large group of Muslim worshippers threatened to riot violently.

However, the use of violence by the Arabs on the holiest of holy grounds may not be all that shocking to everyone. To those familiar with Friday morning prayers at the Western Wall where the Arabs, fresh off of rabble-rousing sermons at the Al-Aqsa Mosque, rush out to the Temple Mount courtyard and sling dozens of rocks over the wall, hoping to (and often times successfully) injure Jewish worshippers on the other side.

People familiar with this disgraceful weekly act will perhaps be offended by a desecration of another kind. In a recent report by IsraelNationalNews.com the Jewish Temple Mount organization expressed its outrage over the “‘desecration’ of Judaism’s holiest site, as Muslim authorities encourage ball games, among others, and oversized dolls, on what is considered hallow ground by both Jews and Muslims.’ The Temple Institute said that the Islamist “Al Aqsa Fund” is behind most of this activity on the Mount, and that it seeks to attract Muslims – mostly from northern Israel – to the Mount in this way.”

For those bleeding-heart human rights/politically correct enthusiasts who are worried about the racist stereotyping that every Arab loves soccer, have no fear! A volleyball court has been set up just steps from where their holy prophet Mohammad ascended to heaven.

The Jews want to ascend to the Mount to pray as close as they can to where G-d descended to be close to them. They are denied because it will incite Arab anger and violence. The Arabs take to the Temple Mount to throw rocks and play sports and there is no news coverage, no outrage and no riots.

If Napoleon’s declaration that the Jew’s devotion and reverence for their long-destroyed Temple shows their tremendous respect and undying commitment to G-d and the land he gave them what on earth would he say about the Arab’s unadulterated defilement of the holy site?

It would be clear to him, and should be clear to all, that the Arabs have no historical connection to Jerusalem, the Temple Mount or the rest of the Land of Israel. Heck, they don’t even have basic decency for it!

It is time the world stopped conducting business in accordance with the fabricated Arab narrative and recognize that Jerusalem, the Temple Mount and the Land of Israel has and always will belong to the Jews.

That’s RIGHT I Said It!