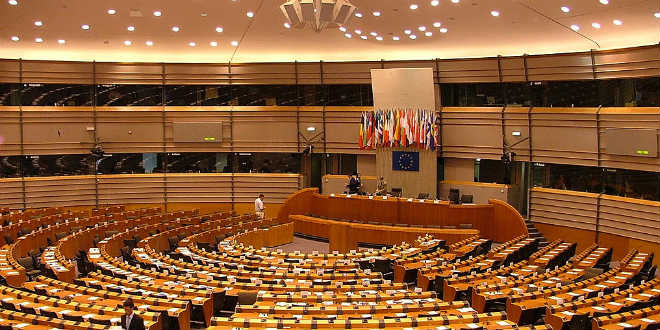 The European Union adopted a notice late last month containing guidelines on the eligibility of entities based in Judea, Samaria, East Jerusalem and the Golan Heights to receive funding and other financial benefits from the EU.

The EU holds the position that Israel’s presence in territories captured in 1967 during the Six-Day War is illegal.  As such, it has stated that, “all agreements between the State of Israel and the EU must unequivocally and explicitly indicate their inapplicability to the territories occupied by Israel in 1967.”  The guidelines, to be published this Friday, and come into effect in 2014, follow the EU’s long-standing policy on the disputed territories.

According to the Delegation of the European Union to Israel, “At the moment Israeli entities enjoy financial support and cooperation with the EU and these guidelines are designed to ensure that this remains the case. At the same time concern has been expressed in Europe that Israeli entities in the occupied territories could benefit from EU support.

“The purpose of these guidelines is to make a distinction between the State of Israel and the occupied territories when it comes to EU support.”

The EU considers Israel a “leading trade partner and it attaches considerable importance to deepening its trade and economic ties with Israel.  Yet, according to one official, Israel was never given an opportunity to participate in the discussion on the matter.  “They handed us the document a few days back and said they wanted to have a dialogue, but that it will be adopted and is irreversible,” the Israeli official said. “What kind of dialogue is that? It’s a mockery of a dialogue.”

Christian Friends of Israel Communities Director Sondra Oster Baras harshly condemned the announcement saying, “The Europeans have proven, once again, that they are more interested in scoring points with the Arab world than in securing justice and prosperity for all.  The newest boycott effort by the EU not only carries the potential to harm Israeli businesses, but their Arab employees as well.  The Jews have returned to Judea and Samaria to resettle our ancient homeland.  We have developed agriculture, industry, academics and business which benefits both Jews and Arabs in the area.  Vital medical and scientific research to benefit all of humanity is carried out at the university in Ariel.  It is a shame that the Europeans are so blinded by their prejudices that they cannot see the folly of their ways.”

In 1967, Israel captured territories in Judea, Samaria, Sinai  and the Golan Heights in a defensive war.  It also captured and annexed the eastern half of Jerusalem.  It returned the Sinai Desert to Egypt in 1979, as part of a peace treaty with that country.  Although tenuous at times, that peace has held in the intervening decades.  The Oslo Accords divided control of Judea and Samaria between the Israelis and Palestinians.  Palestinians officially claim all of these territories, along with East Jerusalem and the Gaza Strip, as the location of their future state.  Israel wants to maintain its large settlement blocks in the area and has proposed land swaps in the past, but none were accepted.  Syria still claims the Golan Heights as its own.

The announcement of the new guidelines has elicited mixed responses from Israeli politicians.  Netanyahu stressed, “We will not follow any demands regarding our borders. These issues will be resolved only through direct negotiations.  I will not allow the hundreds of thousands of Israelis living in Judea and Samaria, the Golan Heights and Jerusalem to be hurt.”

He met with Justice Minister Tzipi Livni, also responsible for negotiations with Palestinians, and with Economy Minister Naftali Bennett.  Following the meeting, Livni said, “Any Israeli initiative will be preferable to an international one-sided one. Once negotiations begin, the Europeans will see that Israel wants to set final borders, but only through negotiations.”

Finance Minister Yair Lapid expressed concern that this move undermines the very goals the EU is trying to achieve.  “This decision is another in a long line of decisions that isolate Israel. Time is not in our favor, and every day that Israel does not engage in peace talks is a day in which our international status sustains more damage.”

“Nevertheless, this is a miserable decision, which was made in very bad timing and thus sabotages the efforts that US Secretary of State John Kerry is putting into bringing the sides back to the negotiation table.

“This decision signals to the Palestinians that there is no economic or international price to be paid for their continued refusal to resume negotiation; it leads them to believe that Israel will succumb to international and economic pressure.”

Opposition leader and Labor party chairwoman Shelley Yachimovich called on her government to resume peace negotiations with the Palestinians “not for the sake of the Europeans, the Americans or the Palestinians, but for Israel.”

Meanwhile, Arab MKs and Palestinian leaders lauded the move.  MK Ahmed Tibi said the move was “good and appropriate, better late than never,” while senior PA official Hanan Ashrawi said, “Israel should listen carefully and should understand that this occupation cannot continue without any kind of accountability.”