Ramadan and the Three Weeks: A Lesson from our Forefathers

Home » Ramadan and the Three Weeks: A Lesson from our Forefathers 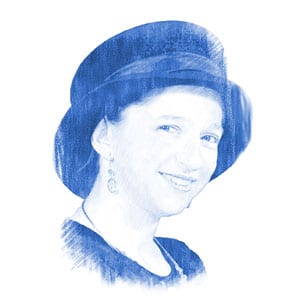 “And Isaac and Ishmael his sons buried him in the cave of Machpelah, in the field of Ephron the son of Zohar the Hittite, which is before Mamre.” (Genesis 25:9)

When the patriarch, Isaac, was just a small boy, his mother, Sarah, noticed the way his half-brother Ishmael interacted with him and decided he was a bad influence on her son.  She pushed Abraham to send the youth and his mother away, and God supported her decision.  With a heavy heart, Abraham banished his son and the boy’s mother.  Yet God promised him that Ishmael, too, would be a great nation one day.

Although we do not hear from Ishmael for many years in the bible, he and his brother, Isaac, come together once more to bury their father after Abraham’s death: “And Isaac and Ishmael his sons buried him in the cave of Machpelah, in the field of Ephron the son of Zohar the Hittite, which is before Mamre.” (Genesis 25:9)  The Sages taught that Ishmael repented and he and Isaac reconciled.

In that light, perhaps former Knesset speaker Reuven Rivlin’s comments are not so surprising.  Rivlin recently observed that the Islamic Ramadan and the Jewish Three Weeks have a lot in common.

Ramadan, which began last week, is the ninth month of the Islamic lunar calendar.  It is believed to be the month in which Allah’s word was revealed to Muhammad.  During Ramadan, devout Muslims the world over refrain from food and drink, from sexual relations and from sinful behavior and speech.  Fasting during the daylight hours of the month of Ramadan is considered one of the five pillars of Islam, along with confession of faith, five daily prayers, Zakah (almsgiving) and Hajj (pilgrimage to Mecca).  All healthy adults are expected to fast.  Those who are ill, menstruating or travelling during Ramadan make up the missed fast days at a later time.  Fasting takes place during the day, and communal banquets are often held in the evenings.  Muslims will also rise before dawn to eat before the sun rises and to say their pre-dawn prayers.

The Three Weeks refers to the time in the Jewish calendar during which Jews mourn the destruction of the First and Second Temples in Jerusalem.  The period begins with the fast of the 17th of Tammuz, which commemorates, among other things, the breach of the walls of Jerusalem, and ends with the fast of the 9th of Av, which commemorates, among other things, the destruction of both temples.  During this time, Jews increase their practices of mourning as time progresses, refraining from weddings and other communal celebrations, haircuts, shaving (for men), and other celebratory behaviors.  On the 9th of Av itself, Jews refrain from eating and drinking, from sexual relations, wearing leather shoes, bathing and from applying cosmetics.

The purpose of fasting during Ramadan, according to the Islamic Foundation’s website, is to become closer to Allah and to teach self-control.  Additionally, “Through fasting we taste—to some extent—the pain and suffering of those who are poor and destitute. Fasting teaches empathy and sympathy, and it takes away some of our selfishness and self-centeredness.”

Rivlin commented on his Facebook page that Ramadan is a time for introspection, and that Muslims engage in special acts of kindness and charity during this period.  “Muslim tradition teaches that there are three periods to Ramadan – periods of mercy, forgiveness, and freedom. The fast days educated people for tolerance, to identify with the suffering of others, and to work together for a common cause,” he wrote.

For Jews, struggling to understand and overcome the baseless hatred for one another that led to the destruction of the Second Temple, the period of the Three Weeks is also a time for introspection.  It is a time for Jews to work on themselves and to improve their interpersonal relationships, as well as their relationship with God.

Although both Jews and Muslims follow a lunar calendar, the Jewish calendar contains leap years designed to anchor its holidays in specific seasons.  The Muslim calendar does not have such adjustments and therefore the month of Ramadan does not always fall in the same time of year.  The coincidence of these two periods this year can be a lesson for us all.

“Would that all of us, Arab and Jew, would not harden our hearts, and be more merciful to each other,” Rivlin wrote. “May it be G-d’s will that the children of Abraham, all of them residents of this Land, will open their hearts and provide an example of coexistence and mutual respect.”