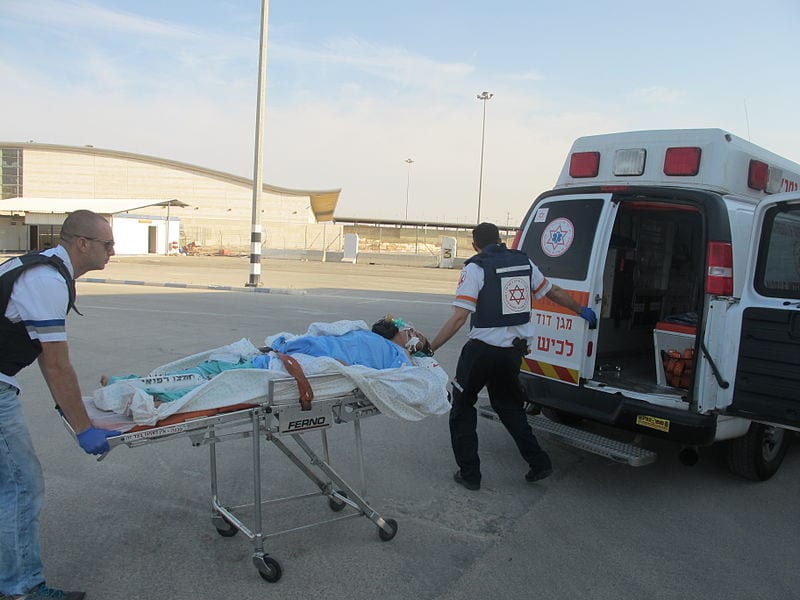 From the biblical verse in Exodus (21:19), “and [he] shall cause him to be thoroughly healed,” we learn the responsibility of medically treating an injured adversary.

Israel has, without much fanfare, been saving the lives of injured Syrians since February.  While one might think this would generate much publicity — after all, Israel can use the positive press — the country is reluctant to broadcast its actions lest it become a magnet for enemy refugees or — worse — be seen to be taking sides in the conflict.

As many as 100 injured Syrians have benefited from Israel’s medical expertise, and doctors say the patients have been getting younger and younger.  Medical personnel has been instructed only to ask the patients questions that relate to their conditions.  Patients may be soldiers,rebels or civilians –all receive the same treatment.

Responding to the dire need on the border, Israel set up a field hospital to treat the wounded, and first aid is available on both sides of the border.  The worst cases are transferred to Israeli hospitals in the north, such as Ziv Hospital in Safed or Rambam Hospital in Haifa.  When they are well enough, they are sent back to Syria.

Last month, two youth, aged 9 and 15, became the youngest patients to be treated in Israel.  Head of trauma at Ziv Hospital, Amram Hadari, expressed his concern for the boys.

“This is the first time we are treating minors and it is a very complicated situation because the teenagers crossed the border without any adults and are now suffering from deep anxiety. It is an extremely stressful situation for them, and we are trying to help them with the help of social workers, but they miss their families.”

Defense Minister Moshe Yaalon told the Knesset Foreign Affairs and Defense Committee in June, “In cases where there are badly wounded, we transfer them to Israeli hospitals. We have no intention of opening refugee camps.”  Israel is formally at war with Syria and is eager to avoid any excuse for a Syrian attack on the Golan Heights, which Syria considers its own.

Ziv Hospital Director Oscar Embon told the Christian Science Monitor, “This is a very cruel war.  It is, however, a source of satisfaction and pride that we can realize the values of our profession to cross borders, be humanistic, treat those in need, and help others.”

One patient arrived last month with a doctor’s note pinned to his chest, which urged Israeli doctors to save the man’s life, but most patients are lucky to be able to explain what happened to them.  Hadari explained, ”We always try to understand the mechanism of trauma, whether the explosion was in an open space or a closed space, whether the penetration was a bullet or fragment of shrapnel.  A large share of them don’t know exactly what harmed them. They say there was an explosion but they don’t know what it was.”

Not every patient saved is a victim of the civil war.  In May, a four-year-old girl arrived from Syria for life-saving surgery to treat a congenital heart defect.  At first, her mother was afraid to come.  “At first I feared the Syrian regime’s response to our coming here,”she said. “Naturally, I myself was also afraid to come to Israel. But the moment I arrived I felt at ease. The doctors treated me and my girl nicely.”

The girl was brought to Israel by the non-profit organization, Save a Child’s Heart, which brings children from around the world to Israel’s Wolfson Hospital for life-saving heart surgery. Her identity was kept secret due to concerns for her safety and the safety of her family.  Simon Fisher, executive director of SACH, commented, “You have a good story here, but at the end of the day if she can’t go back to where she came from, you’ve saved her life but you’ve torn her apart from her family, which if they’d known that would happen in the first place they probably wouldn’t have agreed to have her come to Israel.”