Sons are the provision of Hashem; the fruit of the womb, His reward. Psalms 127:3 (The Israel BibleTM) 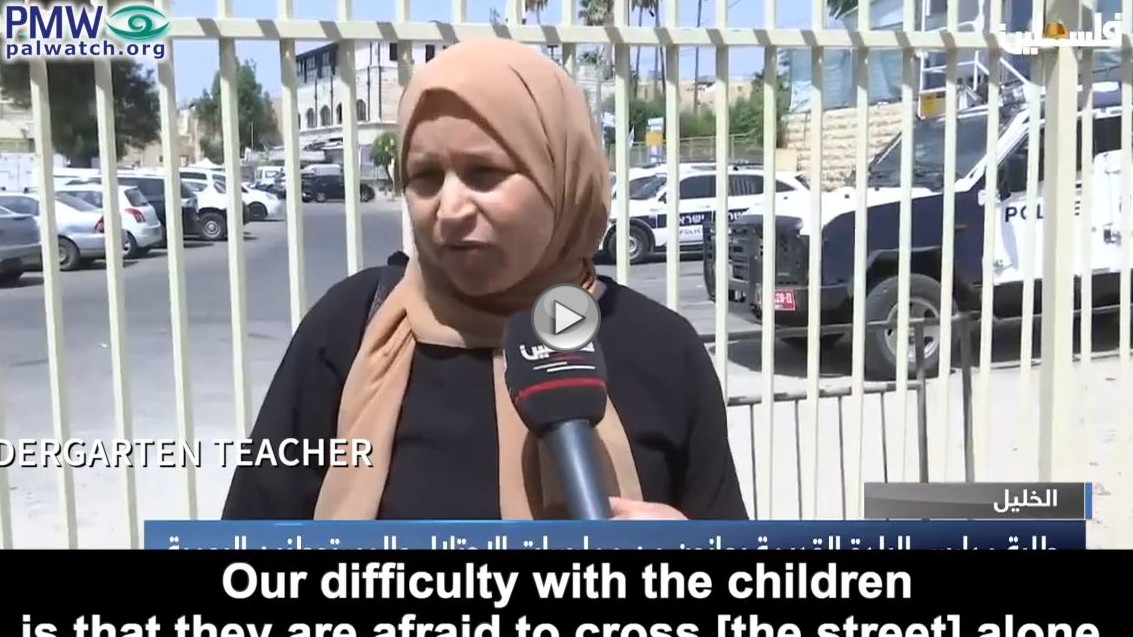 As is well-known, the city of Hebron is often the center of clashes between Israelis and Palestinians. Now a Palestinian kindergarten teacher has shed light on the nature of one of the “difficulties” faced by Palestinians in the city.

During an interview about Palestinian children in Hebron, a kindergarten teacher noted that one “difficulty” for the children is that “the settlers or Israelis sometimes call to them and give them a carton of chocolate milk or milk.” This is in addition to the children being afraid to cross a particularly busy street.

Why is Israeli kindness a problem? 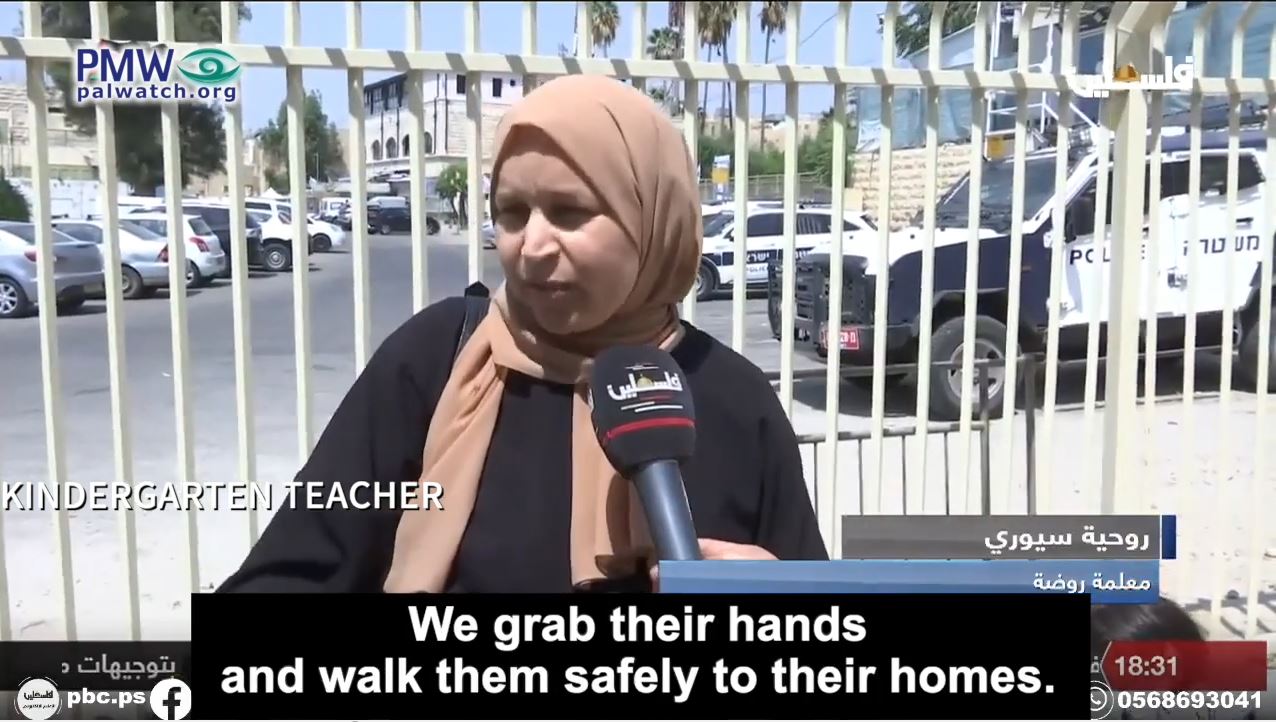 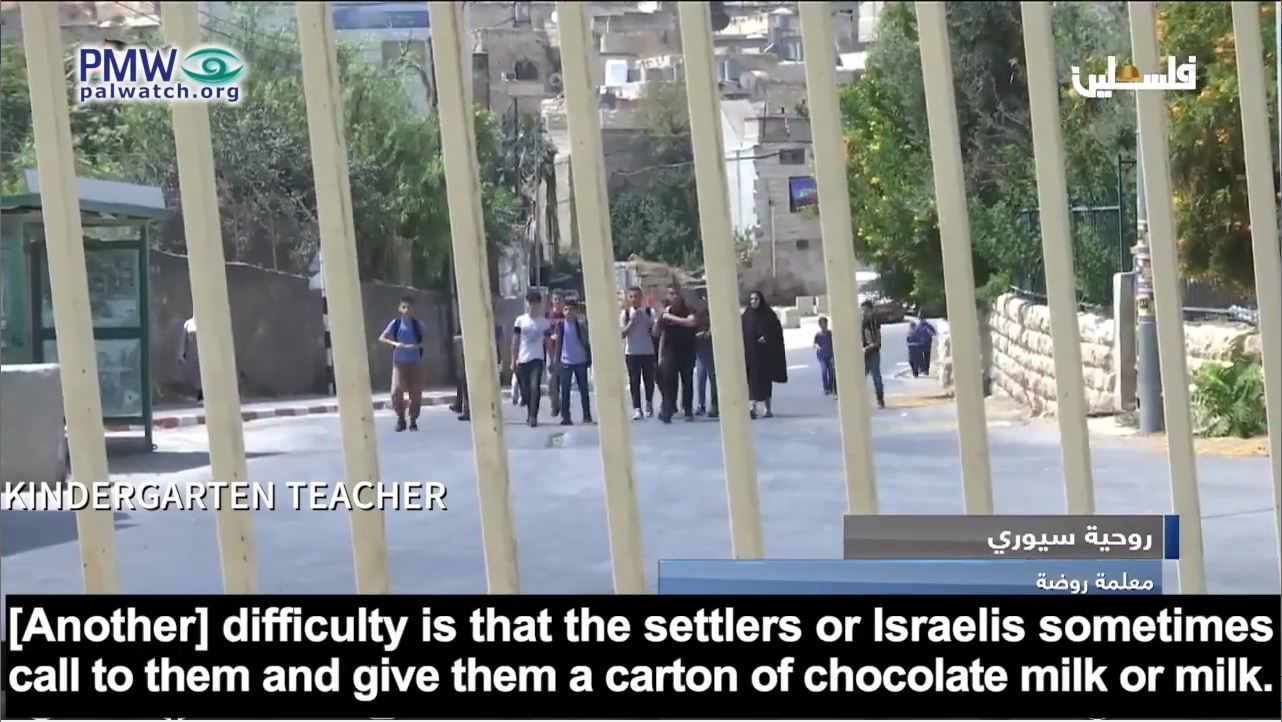 Kindergarten teacher: “Our difficulty with the children is that they are afraid to cross [the street] alone. We grab their hands and walk them safely to their homes. [Another] difficulty is that the settlers or Israelis sometimes call to them and give them a carton of chocolate milk or milk. We cannot take it from [the children] or throw it on the ground, because they do not understand the nature of the occupation. Therefore we gradually attempt to distance them from this.”

Whereas living in Hebron can certainly be said to be complex for both Jews and Arabs, giving out and receiving chocolate milk shouldn’t be high on the list of problems.

But just as Palestinian Media Watch exposed that the governor of the Salfit district wants to prevent any friendly collaboration between Palestinians and Israelis by prohibiting access for Israelis to Palestinian stores, so too in Hebron it is unfortunate that actions that might foster friendly relations between Jews and Arabs – like offering a kid a carton of chocolate milk – is unwanted and discouraged by Palestinian educators.