Fatah Official Calls for Terror: “Allah Willing There will be a Shireen Intifada, a Jenin Intifada, a Jerusalem Intifada… this Intifada will be the Liberation Intifada” 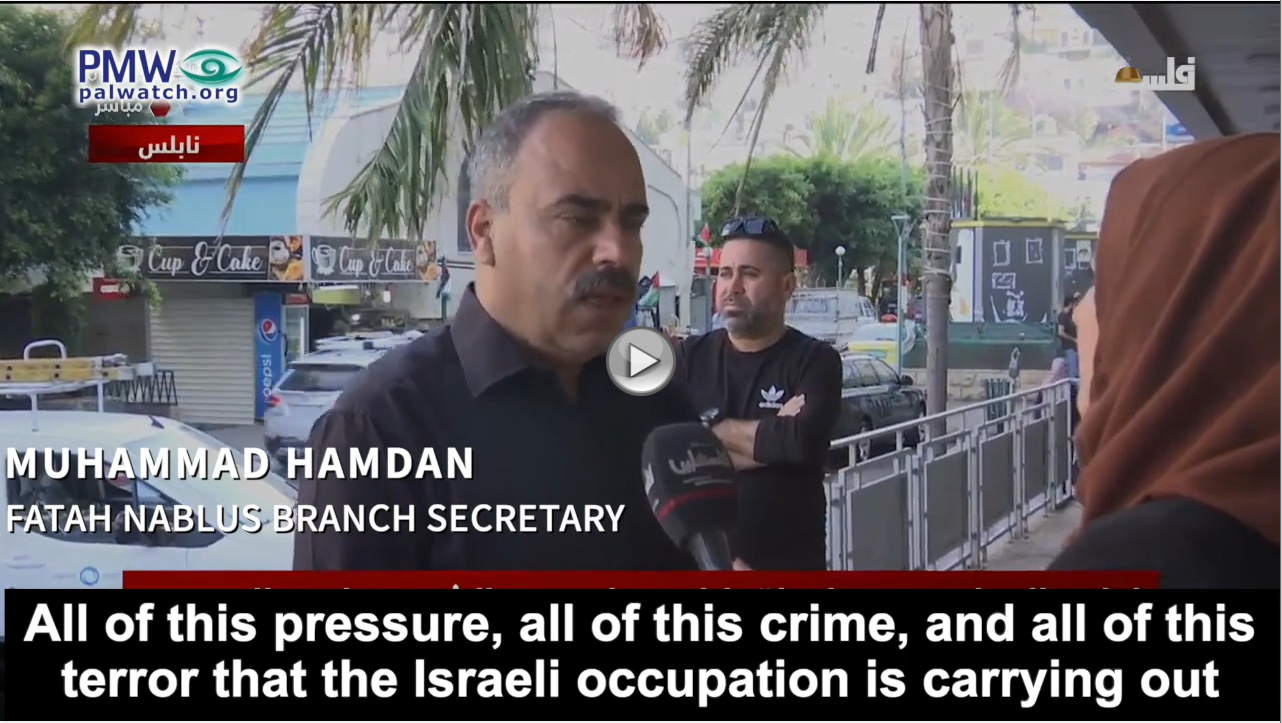 A few days after Palestinian-American journalist for Al-Jazeera Shireen Abu Akleh was shot and killed while covering a gun battle initiated by Palestinian terrorists who attacked Israeli forces during an operation in Jenin on May 11, 2022, a Fatah official called for a new Palestinian wave of terror. In fact, he called for several waves of terror – intifadas – one of which he suggested be named after Shireen Abu Akleh.

The goal of these terror waves would be the “liberation” of “Palestine”:

Fatah Nablus Branch Secretary Muhammad Hamdan: “All of this pressure, all of this crime, and all of this terror that the Israeli occupation is carrying out and the settlers are carrying out will lead the region to a full-blown explosion. Allah willing there will be a Shireen [Abu Akleh] Intifada, a Jenin Intifada, a Jerusalem Intifada, and all of our people’s activity will be planted in this intifada in the defense of Jerusalem and Jenin. Allah willing this intifada will be the Liberation Intifada.”

In a recent interview, top Fatah official Abbas Zaki likewise expressed his hope for an intifada:

Fatah Central Committee member Abbas Zaki: “I think that the Palestinian people is on the brink of a great intifada.”

Palestinian Media Watch has exposed other calls for “intifada” that are sometimes made under the guise of the euphemism “popular resistance”: 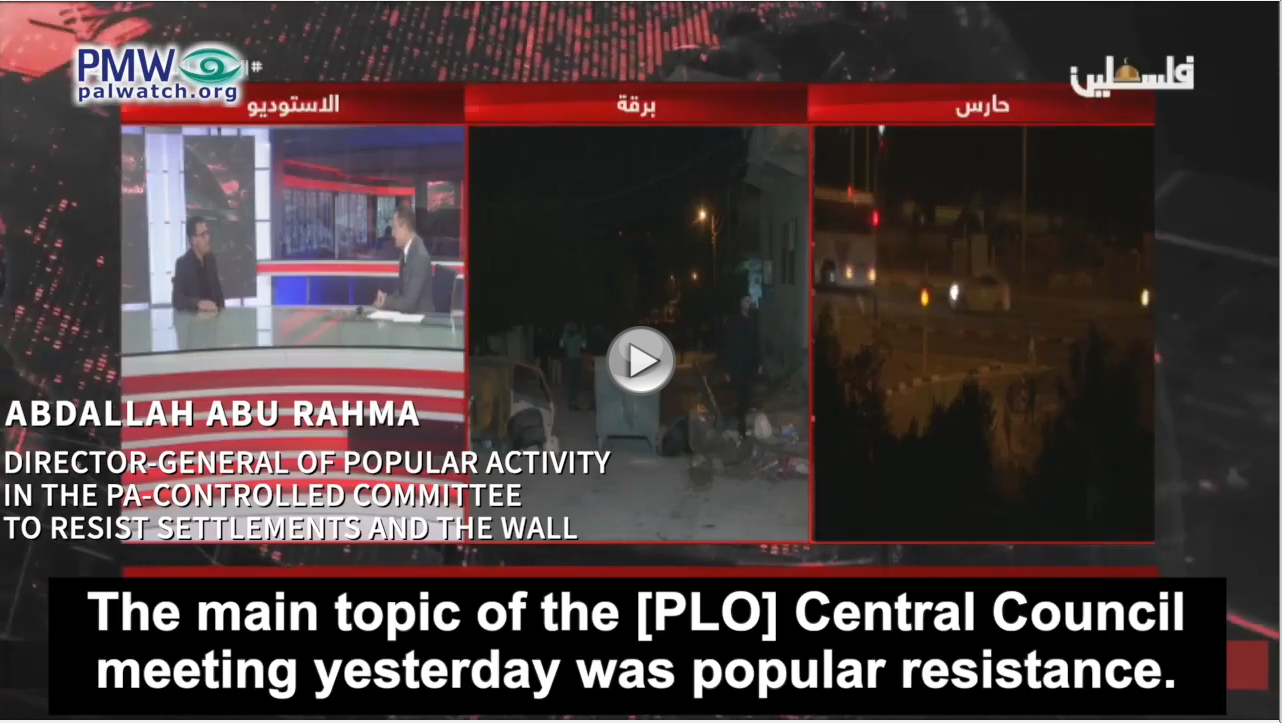 Director-General of Popular Activity in the PA-controlled Committee to Resist Settlements and the Wall Abdallah Abu Rahma: “The main topic of the [PLO] Central Council meeting yesterday was popular resistance. All the sessions, meetings, and conferences, whether of the Fatah Movement or of the other factions, and also His Honor President [Abbas calls] in all his speeches to initiate popular resistance… We can’t enjoy peace and security without popular resistance actually spreading. The method of the popular [first] Intifada of 1987 (i.e., Palestinian wave of violence, 1987-1993), is the best proof of this, when we actually were the constant masters of the roads, moving freely, and the settlers were like hiding rats moving under the [Israeli] army’s large security protection. Despite this [protection] they were beaten and faced confrontations. Therefore, I again say that we need to initiate popular resistance.”

The previous intifadas were waves of Palestinian violence and terror in which over a thousand Israelis were murdered, so there is no doubt what Palestinian calls for “intifadas” mean:

The Knife Intifada – A wave of murderous Palestinian terror, 2015-2016, in which 40 people were killed (36 Israelis, 1 Palestinian, 2 Americans and 1 Eritrean) and hundreds wounded in stabbings, shootings, and car ramming attacks.

Shireen Abu Akleh – 51-year-old Palestinian-American journalist for Al-Jazeera who was shot and killed while covering a gunbattle initiated by Palestinian terrorists who attacked Israeli forces during an operation in Jenin on May 11, 2022. The PA immediately accused Israel of shooting Abu Akleh without providing evidence. Israel rejected the accusation, noting Palestinian terrorists were filmed shooting indiscriminately and saying they had hit an Israeli soldier even though no soldiers were wounded, possibly indicating they had shot Abu Akleh. The PA rejected Israel’s request to conduct a joint investigation of the incident, and its request to let it examine the bullet that killed Abu Akleh to determine whether it was fired by Israeli forces. The bullet is of a type used by both Israeli soldiers and Palestinian terrorists. In a press conference following Abu Akleh’s autopsy on the day of her death, Head of An-Najah National University’s Forensic Medicine Department Dr. Rayyan Al-Ali said it could not yet be determined which side shot her.