He makes the winds His messengers, fiery flames His servants. Psalms 104:4 (The Israel BibleTM)

Jewish communities around the world will gather in backyards, streets, parks, and even cemeteries to celebrate Jewish pride, unity, and even mysticism, beginning on the evening of May 18 and lasting until sundown on May 19.

The festive day, known as Lag BaOmer—the 33rd day of the Omer count, which concludes with the holiday of Shavuot—marks the passing of the great sage and mystic Rabbi Shimon bar Yochai, author of the Zohar, and also commemorates the end of a plague that affected the students of Rabbi Akiva. The reason for the plague was a lack of respect for one another among the students, and so the day is marked by celebrating Jewish unity.

While in the northern hemisphere, it’s a spring holiday, in New Zealand—the first Jewish community to usher in the festivities—the trees are shedding their leaves. Chabad-Lubavitch of Auckland, New Zealand, will gather in the evening for a traditional bonfire and barbecue, complete with inflatable entertainment and face-painting for the children.

“It’s the perfect time to come together and celebrate our proud Jewish community,” says Rabbi Mendel Hecht, co-director of Chabad of New Zealand with his wife, Esther. “As the first community to begin all Jewish holidays, we’ll show everyone how it’s done!”

Even in California, it’s not quite warm yet. In Mammoth Lakes, an alpine town in California’s Sierra Nevada mountains, it was still snowing last week. But Chabad of Mammoth Lakes has plowed ahead with two Lag BaOmer events—one on the nearby Convict Lake, the other 40 miles away in Bishop, Calif., where Rabbi Yisrael and Mushky Gordon, co-directors of Chabad of Mammoth Lakes, commute regularly, offering Torah classes and holiday programming to the dozens of Jews in the nearby town. Community members will bring their boats and kayaks for a family fun day on the lake, with the kosher barbecue and s’mores provided. 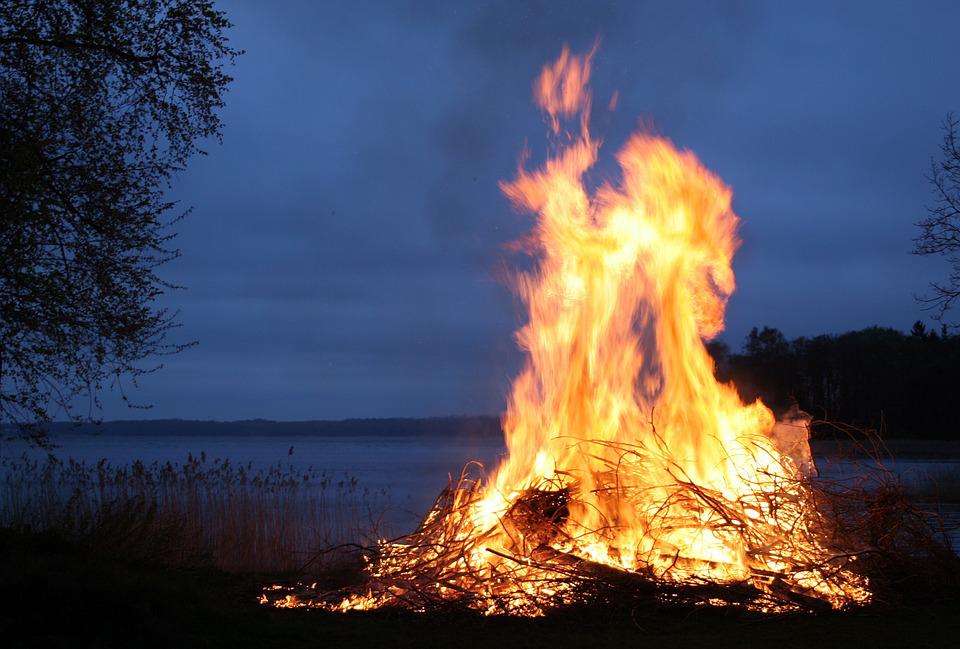 In Israel, many thousands of pilgrims gather at the tomb of Rabbi Shimon bar Yochai. In New York, many visit the resting place of the Rebbe, Rabbi Menachem M. Schneerson, and his predecessor, the Sixth Rebbe, Rabbi Yosef Yitzchak Schneersohn, at the Old Montefiore Cemetery in Queens, N.Y., known as the Ohel. The Rebbe taught that the graves of all sages are connected, and those unable to make it to Israel can still use the auspicious day to pray at the graves of a local sage.

In Krakow, Poland, the Jewish community has the custom of visiting the grave of Rabbi Moshe Isserles (1529-1572), the great Ashkenazic codifier of Jewish tradition, who passed away on Lag Ba’Omer and is buried in Krakow. For centuries, Jews have visited his gravesite on this day and the custom lives on, says Rabbi Eliezer Gurary, director of Chabad of Krakow, who will be visiting the tomb with his community—and refugees from Ukraine currently living in Krakow “Tradition says that visiting the grave of Rabbi Isserles is like going to Rabbi Shimon’s tomb on Mount Meron,” explains Gurary.

For some communities, the celebration of Jewish unity takes on special meaning with war raging in Ukraine. Berlin is one of the many Jewish communities around Europe that has taken in refugees, including an entire orphanage from Odessa, Ukraine. Longtime residents and new refugees will mingle at Chabad of Berlin’s Lag Ba’Omer parade, which is expected to see more than 600 people participate.

The Odessa contingent is led by Chaya Wolff, co-director of Chabad of Odessa since its inception in 1992, while her husband, Rabbi Avraham Wolff, has stayed back in Ukraine. His community will gather on Lag Ba’Omer for a bonfire, barbecue and a Chassidic farbrengen, not allowing the threat of war to stop them.

Wolff says the merit of the great sage will protect his community: “The Talmud says that one can rely on Rabbi Shimon bar Yochai in pressing times. There is no time more pressing than this. May his merit protect us and all the people of Ukraine on this holy day.”

In occupied Kherson, his brother, Rabbi Yosef Yitzchak Wolff, director of Chabad of Kherson, is similarly determined to celebrate the day with joy, extreme hardship and sorrow notwithstanding, saying “with God’s help, we will celebrate like we do every year.”