A Palestinian youth wearing masks used by computer hackers who attack a number of Israeli websites annually, seen back-dropped by the Dome of the Rock, in Jerusalem's Old City. April 08 2013. (Photo: Sliman Khader/FLASH90)

The Israel Security Agency (Shin Bet) announced on Monday the uncovering of an Iranian espionage network, which it said worked to track down and recruit Israeli civilians for spy missions and to prepare attacks on targets in Israel.

The Iranian operatives used a fictitious Facebook profile called “Sara Puppi,” who presented “herself” as a young Jewish woman with personal and business ties to Israel.

“This fictitious profile gathered thousands of friends over a very short time with most of them from Israel,” Shin Bet said in a statement. After making contact with would-be recruits, the operatives managing the profile moved the conversation to WhatsApp, the investigation found.

“The use of social-media networks is a known technique among terror organizations and Iranian intelligence for recruiting and activating Israelis,” said the Shin Bet.

It reported noticing a more intensive level of activity by hostile sources getting in touch with Israelis online, often using cover profiles and false information for recruitment purposes. Shin Bet officials said they had been monitoring the latest activity from its beginning. 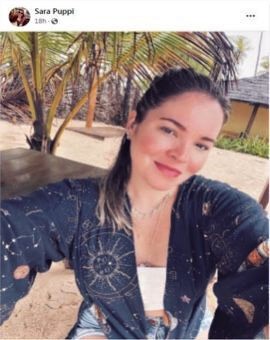 “The Iranian operative asked those he was handling in Israel, without knowing that the Shin Bet was operating on the other side, for information on Israelis who are subjects of interest for Iranian intelligence,” said the statement.

The handler also examined his would-be recruit’s willingness to attack Israeli individuals, while exerting pressure and promising sums of money worth thousands of dollars for the attacks. He further utilized romantic and emotional manipulation as a part of his tactics, according to the Shin Bet.

The Iranian handler sent bitcoin currency and claimed the attacks were for revenge against people who owed him money, people in conflict with him, and a general desire to attack gay and lesbian individuals.

The operative also attempted to advertise statements that would harm Russian-Israeli relations, the investigation found, while gathering information on Arab diplomats and Arab companies working in Israel.

“Security forces call on Israeli civilians to exhibit awareness and caution in light of the threat posed by various terror elements on social-media networks and to report any unusual approach to the Israel Police,” said the agency.