Israeli aircraft struck a series of Hamas rocket-manufacturing facilities in Gaza on Sunday morning, in response to the launch of two rockets from the Strip on Saturday, the Israel Defense Forces said in a statement.

Tanks also fired on Hamas positions along the border, according to the military.

The rockets fell off the coast of Gush Dan, and did not trigger sirens or air defenses.

“The Hamas terror organization is responsible for what happens in the Gaza Strip, and must bear the consequences of terror attacks emanating from the Strip,” the statement said.

Addressing the weekly Cabinet meeting on Sunday, Israeli Prime Minister Naftali Bennett said,” I want to make something clear: All of Hamas’s stories about ‘lightning and thunder,’ that repeat themselves winter after winter—are no longer relevant. Those who aim missiles towards the State of Israel will bear the responsibility.”

Also on Sunday, the IDF arrested a suspect in connection with a terrorist attack near Ariel in Samaria on Friday.

According to the military, on Friday morning, a vehicle with Palestinian plates pulled up to a bus stop at the Giti Avishar intersection. One man got out with a knife drawn and ran toward the soldiers and civilians at the stop, yelling “Allahu Akbar,” and one of the soldiers opened fire, killing the assailant.

The suspect arrested on Sunday is believed to be the driver of the vehicle used in the attack, according to the IDF. 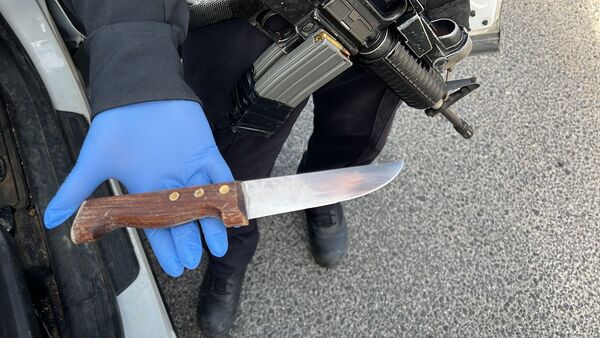