I will also make you a light of nations, That My salvation may reach the ends of the earth.” Isaiah 49:6 (The Israel BibleTM)

Israel’s Counsel General to Atlanta Anat Sultan-Dadon got a firsthand look at the destruction left in the wake of last week’s deadly tornados in Kentucky on Friday, calling the devastation “honestly heartbreaking.”

“It is honestly heartbreaking to see really the tragic effects of what swept through here a week ago,” she told JNS shortly after her visit. “But on the locations at both the elementary school and church we visited,” which are being used as either shelters or distribution sites, “it was heartwarming and moving to see so many who came to help those in need currently. That is a testament to the strength of the community here and the American people.”

Sultan-Dadon, whose consulate post includes Kentucky and the Southeast, said she wanted to convey Israel’s support for the people of Kentucky, and “our love and friendship during these difficult days.”

Israel’s Counsel General to Atlanta Anat Sultan-Dadon (center, right of box) with others helping in the wake of tornadoes that ripped through Kentucky last week, December 2021. Credit: Courtesy of the Consulate General of Israel to the Southeast.

During the visit, she delivered some 400 backpacks filled with toys, toiletries, school supplies and other essentials to the Hopkins County School administration for distribution. Among the towns serviced by the school district are Dawson Springs and Earlington, both sites of significant damage.

Joining in the visit were Rep. James Comer (R-Ky.), first responders, local politicians and others.

This is the second donation the Israeli government has made to people in the area.

Previously, the Israeli Consulate in Atlanta sent pallets of water to the hard-hit region. That donation was delivered by Rabbis Chaim and Shlomo Litvin of Chabad of Kentucky, who accompanied her on Friday morning’s tour. Chaim Litvin is the director of Project Friendship, a social-service arm of Chabad of Kentucky. Through his organization, tens of thousands of dollars worth of winter clothes and shoes have been delivered to residents in western Kentucky thus far.

“We are in this for the long haul,” pledged Rabbi Shlomo Litvin, co-director of Chabad of the Bluegrass. “The Jewish community, like Israel, stand with Kentucky.”

Also aiding in the efforts is the relief fund started by the Jewish Federation of Louisville, which to date has raised $100,000 for the American Red Cross; that’s double their initial goal of $50,000.

“We continue to be overwhelmed by the generosity and kindness of our worldwide community with more than 600 gifts received from East to West will feel privileged to be able to help,” said Stacy Gordon-Funk, senior vice president of philanthropy and chief development officer at the Jewish Federation of Louisville. 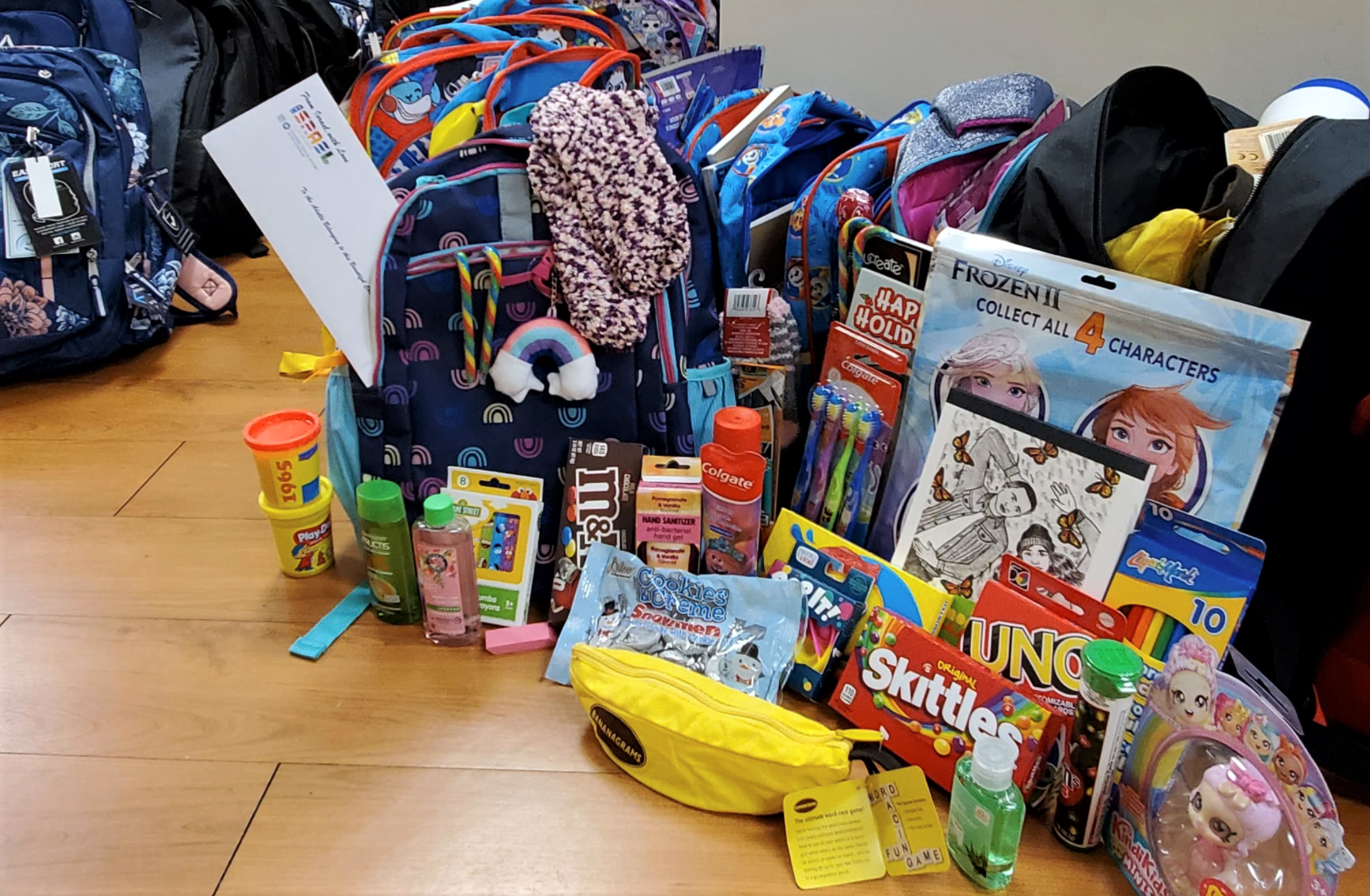 Items to be sent to families after tornadoes devastated Kentucky and nearby states, December 2021. Source: Screenshot.

‘Willing to assist in any way we can’

Meanwhile, Israel is poised to offer even more assistance. A group of Israeli veterans who are members of IsraAID, a nongovernmental agency, are expected to arrive in Kentucky shortly. They will be on the ground for two weeks working with American veterans from Team Rubicon to clean up debris, assist families whose homes were destroyed and help with rebuilding.

Additional teams from IsraAID are expected over the next few weeks as well, as there is a need for “longer-term” assistance, according to Sultan-Dadon, who called the vets from both Israel and America working together to help those in need “a beautiful expression of our strong relationship.”

Also, “we’ve been in touch with Israel Trauma Coalition, and there is an interest and willingness to assist in that regard as well,” she continued.

She added that “included in the backpacks was a letter for parents with tips and guidance in addressing trauma and crisis with their children, and that’s another area we are hoping Israel can do a little bit to contribute to the efforts on the ground.”