I will bless those who bless you Genesis 12:3 (The Israel BibleTM)

Sen. Bob Dole (center) discusses the relocation of the U.S. embassy from Tel Aviv to Jerusalem, with AIPAC's Robert Asher (left), former chairman and president of AIPAC, in 1995. On the right is the chairman of Dole's run for president, Max M. Fisher. Credit: Dole Institute of Politics.

If there is anything that could classify Bob Dole—the longtime Kansas senator, U.S. House Majority and Minority leader, and the 1996 Republican nominee for president—it was his resilience to forge on.

Dole, who died last week at the age of 98, was never expected to survive his World War II injuries on the battlefield. While the injuries made his right hand unusable and dashed the athletic young man’s dreams to be a surgeon, after three years of being bedridden, it also altered his future. “Having a disability changes your whole life, not just your attitude,” he said in a 1999 interview. With that, Dole did not let it pull him down, saying “I learned to apply myself more and made good grades for a change.”

Indeed, it was perhaps resilience that Dole admired most. And he saw that trait in the Jewish people.

At the end of a 1991 meeting with Israeli Prime Minister Yitzhak Shamir the senator told him: “Mr. Prime Minister, do you know why the Majority leader [Maine Democratic Sen. George Mitchell] and I absolutely disagree with you, but immensely respect you? Because you’re tough.” 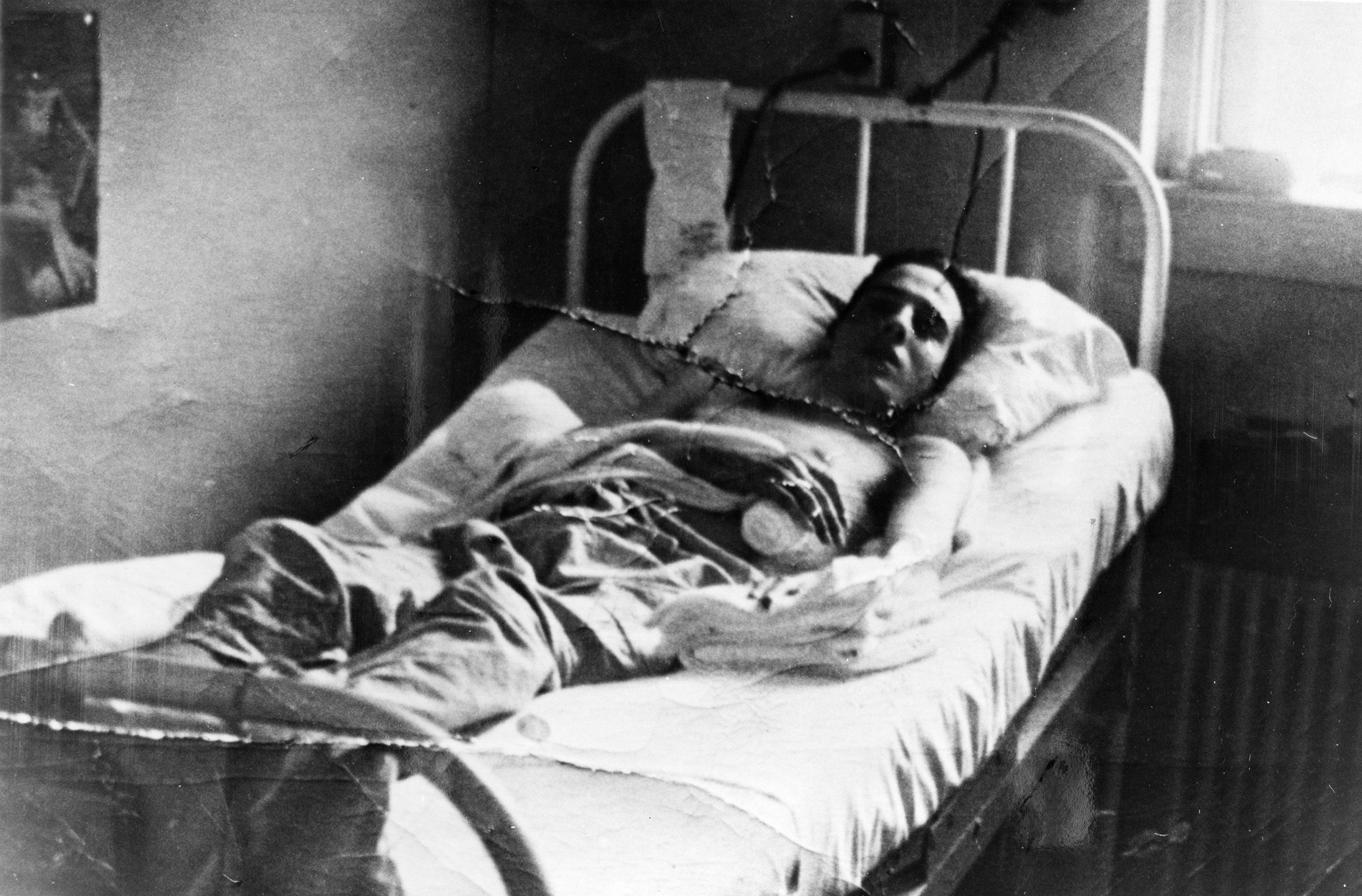 At a 1978 speech in Florida, Dole used the term Eretz Israel, stressing the way Israeli Prime Minister Menachem Begin referred to Israel, saying that he agreed with the distinction that Begin made between liberated and occupied territory. “Perhaps a better term,” he said, “would be redeemed territory.”

He told those gathered at the Israel Bond “Man of the Year” dinner that it was more important than the peace between Israel and Egypt, which was on the table at the time, not be sacrificed for the political needs of Egyptian President Anwar Sadat or U.S. President Jimmy Carter. “The peace that will be concluded must transcend politics,” he said.

During his first few years in Congress, Dole made few headlines when it came to the Jewish community or Israel. When the Senate Finance Committee gathered to discuss the free-trade agreement with Israel, which would be the first of its kind, others discussed the pros and cons, while Dole told the committee chairman he had no questions rather, he said, “I just have an interest in implementing this agreement, and I wanted to be here to indicate that.”

In 1987, he led the call to shut down the offices of the Palestinian Liberation Organization in the United States. While it had missions in more than 100 countries, the terrorist group continued to target and murder Jews. Dole wrote in a letter to the U.S. State Department that while he would not want to violate anyone’s rights, something needs to be done “about the fact that a known terrorist organization can maintain open and active offices in the United States.” Several months later, he led a bipartisan bill to close down the offices “to strengthen the defenses of this country against the real, physical threat that the PLO represents.” 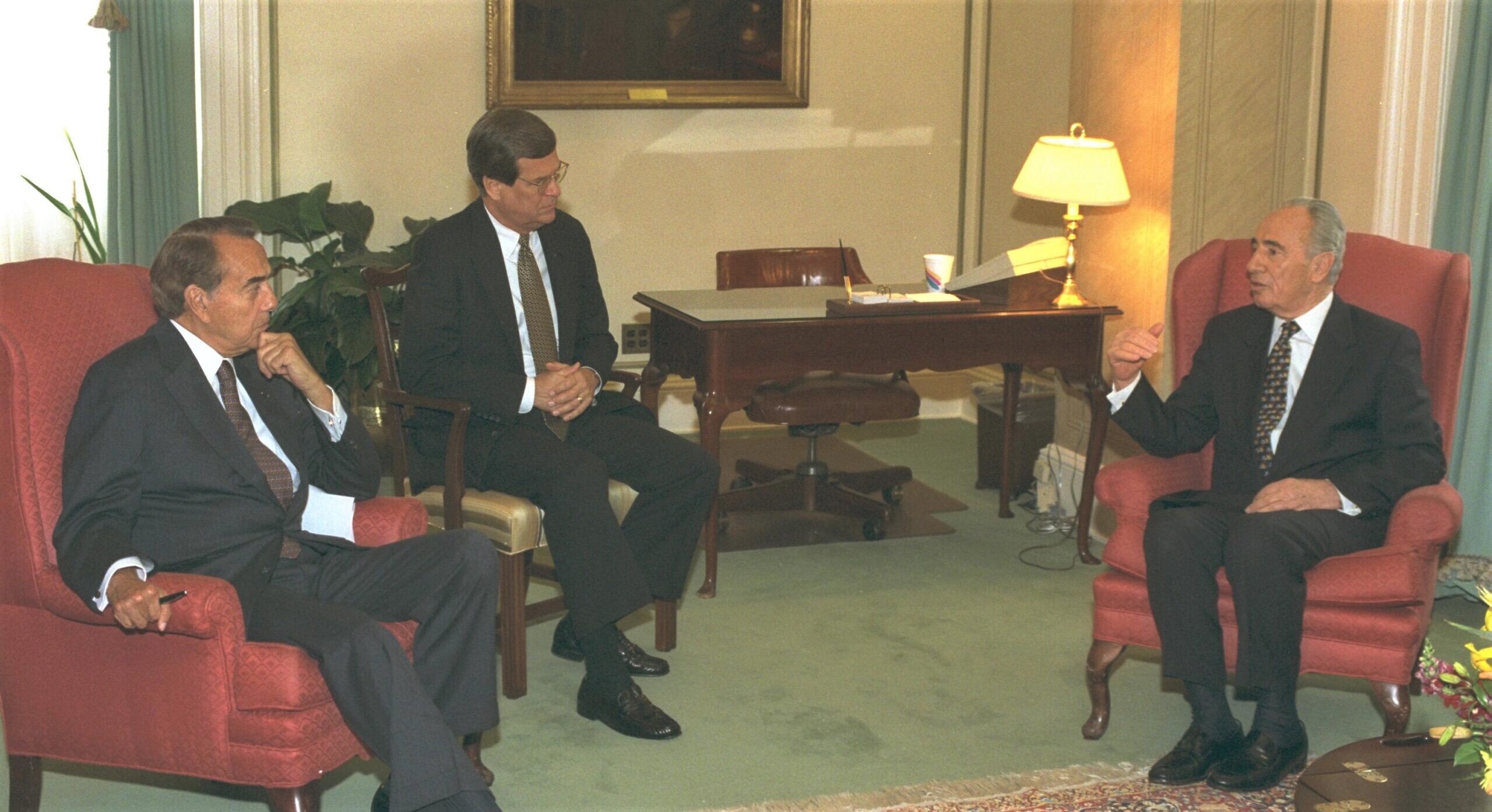 Given his history of support for Israel, Jewish groups were surprised­—and confused—when, in 1990, as communism seemed to be on the decline in Eastern Europe, Dole made headlines when he said it was time for America to take a new look at some of its foreign-aid programs, noting that only five countries, including Israel, received more than two-thirds of American foreign aid. “Does it make sense, at this historic moment, to provide these countries practically all of our aid at the cost of foreclosing dramatically promising new aid initiatives in Eastern Europe or other important countries? What about, for example, those Latin American nations in the front lines in the war against drugs?”

Dole’s statement came on the heels of an appearance on NBC’s “Meet the Press,” when he threatened to review aid policy to the Middle East if countries did not agree to hold Arab-Israeli peace talks.

A week after his proposal, Dole said, “I don’t think you have to agree with every group 100 percent of the time to be their friend.” In a letter to Rep. Newt Gingrich (R-Ga.), he explained: “My assertion [is] that the leaders of the pro-Israeli lobby are shortsighted and selfish in their zealous efforts to protect Israel’s aid levels at any cost.”

Dole also seemed to blame Israel for the 1990 murder of Marine Lt. Col. William Higgins, who had been kidnapped by Muslim terrorists in 1988 and killed in retaliation for Israel’s capture of a Shi’ite Muslim leader, Sheik Abdul Karim Obeid, from Lebanon.

“I cannot condone, as a thinking person, how any government—ours, the Israeli government or any other civilized government,” he said on the Senate floor, “could embark on this unilateral, free-lancing course, without regard to the effect on innocents of other friendly countries, without regard to our common front against terrorism.”

His damning comment was immediately rejected by the White House and the State Department. 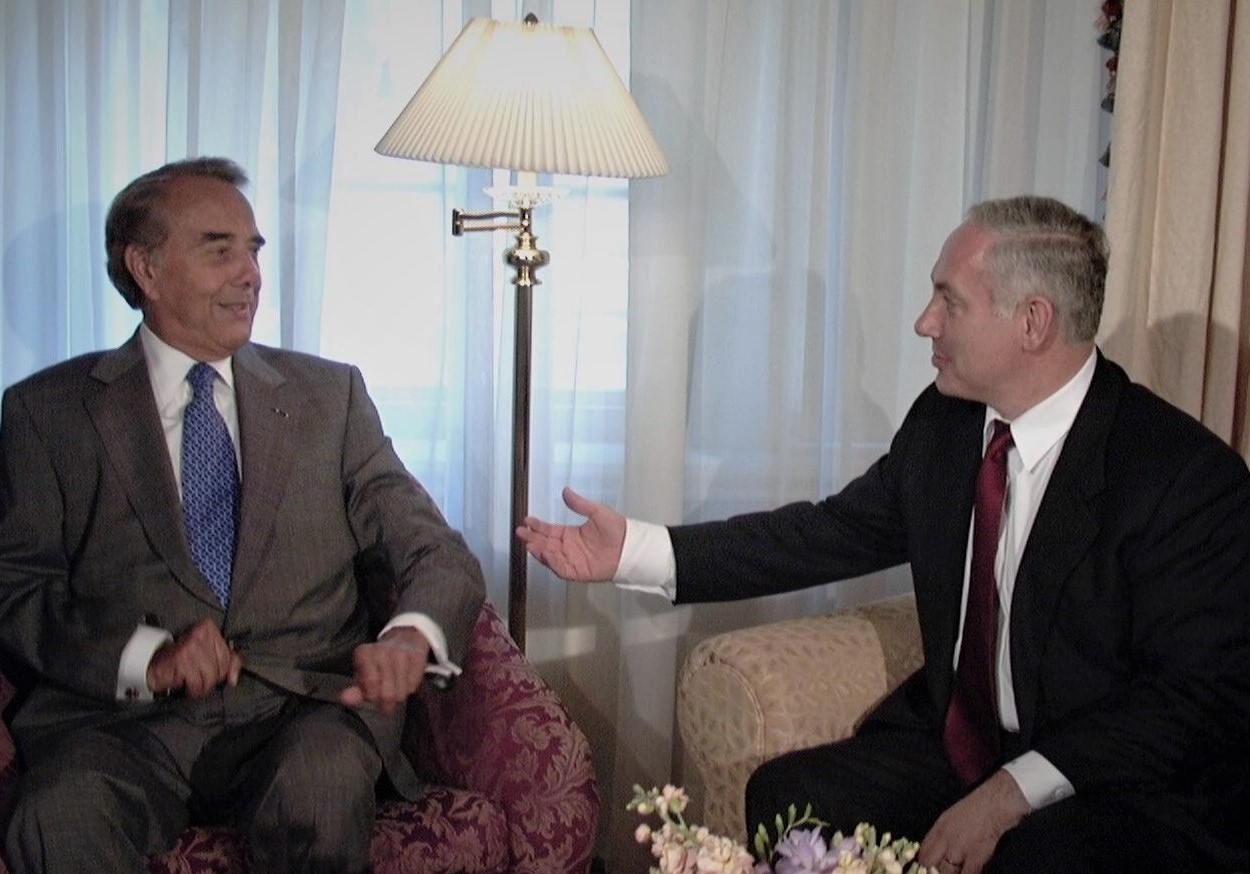 Though this episode tainted his legacy, before running for president in 1996, Dole authored The Jerusalem Embassy Relocation Act, which was signed into law. While many saw it as a way to gain Jewish support, Dole said that it was just the right time to introduce as there was bipartisan backing for the bill that did not previously exist.

In defining what makes a leader, Dole said leaders make hard decisions and have to live with the consequences. “They don’t pass it off to somebody else. They do what has to be done. And at their best, they accept change, even while adhering to the values that are timeless: to duty and decency, to courage and sacrifice, to public conscience and personal responsibility.”

In 1995, talking about the Holocaust, Dole said that American leadership was a failure during the Second World War, as they stood by as 6 million Jews were being murdered. “Never again would America sit on her hands, if our leadership was needed to confront genocide,” he stated.

When it came to Israel, he said that after the 1967 Six-Day War, Israel sought peace in the form of official agreements. “All nations, Israel not least, have an inherent right to live in peace,” he said, adding that “Israel has been denied that right.”

“We all pray for that kind of lasting peace that will not only affect the people of Israel and of the Middle East today, but also the generations not born yet,” Dole said back in 1978 at the Israel Bonds dinner.

He then quoted from Isaiah, saying in Hebrew: “Lo teydah milchamah—They shall not know war.”