Palestinians boy play with a toy gun on the first day of Eid al-Adha in the West Bank city of Hebron on November 6, 2011. Muslims worldwide celebrate Eid al-Adha, or the Feast of the Sacrifice, by sacrificial killings of livestock to commemorate a religious story of Abraham. (Photo: Issam Rimawi/Flash90 Keywords) 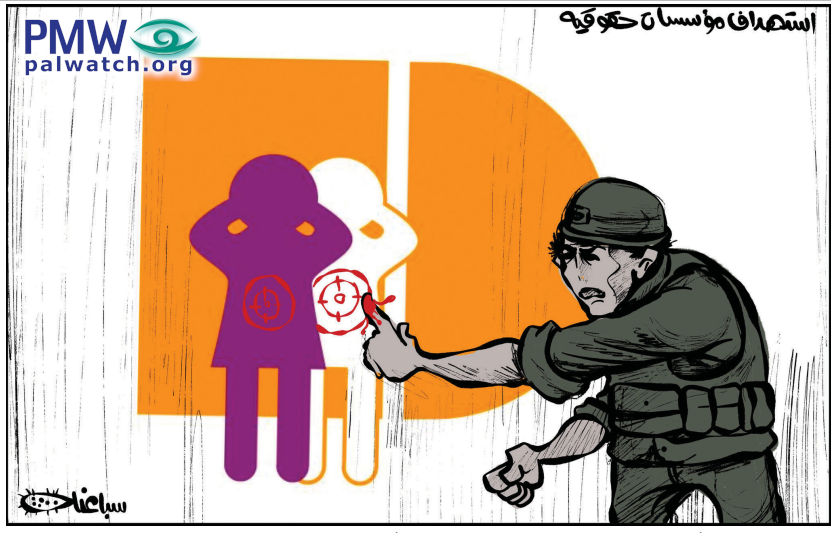 In a cartoon in the official PA daily, the logo of Defense for Children International – Palestine (DCI – Palestine) was used to express the PA libel that Israel deliberately targets Palestinian children.

The cartoon shows the logo of DCI – Palestine, which features two children standing with their hands to their faces and the letters “ID” behind them. An Israeli soldier marking rifle sights on the chests of the two children with blood on his finger was added to the logo to express the PA libel.

Tragically, it is the PA that harms and abuses Palestinian children. As Palestinian Media Watch has exposed for decades, and most recently in its report on Fatah’s education of children ages 6-15 through its Waed magazine, the PA and Fatah are indoctrinating Palestinian children to seek Martyrdom for “Palestine,” to see terror as a legitimate tool in the “struggle against the enemy Israel,” and to strive for Israel’s destruction.

PMW has documented that the PA actively promotes the libel to kids that Israel deliberately tries to harm them, telling them that “barbaric” Israel’s objective is to kill children – “so don’t walk alone!” Ironically, a host on official PA TV taught children this message while Palestinian teens were at the same time carrying out numerous stabbing attacks trying to murder Israelis during the so-called “Knife Intifada” (2015-2016): 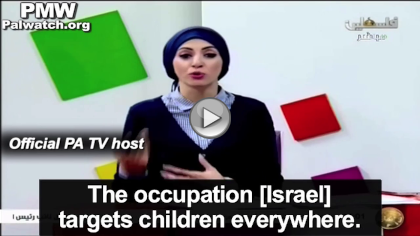 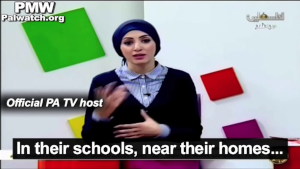 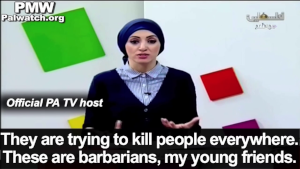 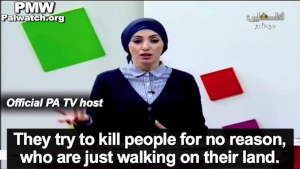 Official PA TV host: “The occupation [Israel] targets children everywhere. In their schools, near their homes… We must be very careful now. We are confronting the occupiers who act in a very barbaric terrorist way. They are trying to kill people everywhere. These are barbarians, my young friends. They try to kill people for no reason, who are just walking on their land. They make various accusations against them. This is called barbarity, my friends. Be very careful all the time. All children under 18, and children under 15, when you go out, your mom or dad, should accompany you, I mean that an adult should accompany you.”

PMW has shown that this PA libel is dangerous as it impels Palestinians to carry out attacks against Israelis.

The cartoon printed by the official PA daily on World Children’s Day, which was titled “Targeting the human rights organizations,” also expresses criticism of the fact that Israel designated six Palestinian NGOs – DCI-Palestine among them – as terror organizations on Oct. 22, 2021, due to their affiliation with the PFLP terror organization. The other five NGOs are: Al-Haq, Addameer, the Bisan Center, the Union for Agricultural Work Committees, and the Union of Palestinian Women’s Committees.