Persia, Cush, and Put are with them, all of them with shield and helmet; Ezekiel 38:5 (The Israel BibleTM)

The year 2022 is set to be the year that the Israeli Air Forces places its long-range strike capabilities against Iran’s nuclear program sites at the top of its priority list.

Recent years have seen the IAF focus on its ability to strike regional Iranian entrenchment activities, particularly in Syria, as well as prepare attack plans against Hezbollah in Lebanon based on the concept of unleashing of thousands of guided munitions per day, while also engaging in frequent Gaza escalations. Now, however, the IAF’s planners have set their sights on targets Iranian soil.

Iran’s nuclear sites—the most famous of which are the Natanz and Fordow uranium enrichment sites—are not only far away but also heavily fortified by advanced air-defense systems. In Fordow’s case, the facility is built deep inside a mountain.

Assessing the progress being made by Iran’s nuclear program is complex. On the one hand, the threshold for triggering an attack has obviously not been triggered, and for its part, Iran has announced a return to nuclear talks in Vienna with the United States and world powers.

But it’s not yet clear whether those talks will lead to an actual agreement. Even if they do, a return to the 2015 nuclear deal—the Joint Comprehensive Plan of Action (JCPOA)—would represent a very poor development for the region due to its short-term sunset clauses built into the arrangement, which would soon expire and pave the path for Iran to become a nuclear threshold state with full international legitimacy.

A better, longer deal does not seem to be on the table at this stage.

While Iran appears to have frozen parts of its nuclear infrastructure that it would need to break through to the nuclear weapon—developing an explosive mechanism and working to place that mechanism on a missile warhead—it has made alarming progress on the most challenging aspect of building a nuclear weapon: amassing sufficient fissile material.

Israel’s sped-up military preparations are therefore a direct reflection of Iran’s own speeding up of its nuclear program. Iran enriched more than 120 kilograms of uranium to the 20 percent level in October, according to the IAEA—a major jump from the 84 kilograms that Iran had previously enriched a month earlier. Iran is also openly enriching other, albeit smaller quantities of uranium to the 60 percent level, something no non-nuclear state would do.

Assessments of how long Iran would need to break through to an actual weapon range from between 18 months to two years. That’s not a long time in strategic terms. 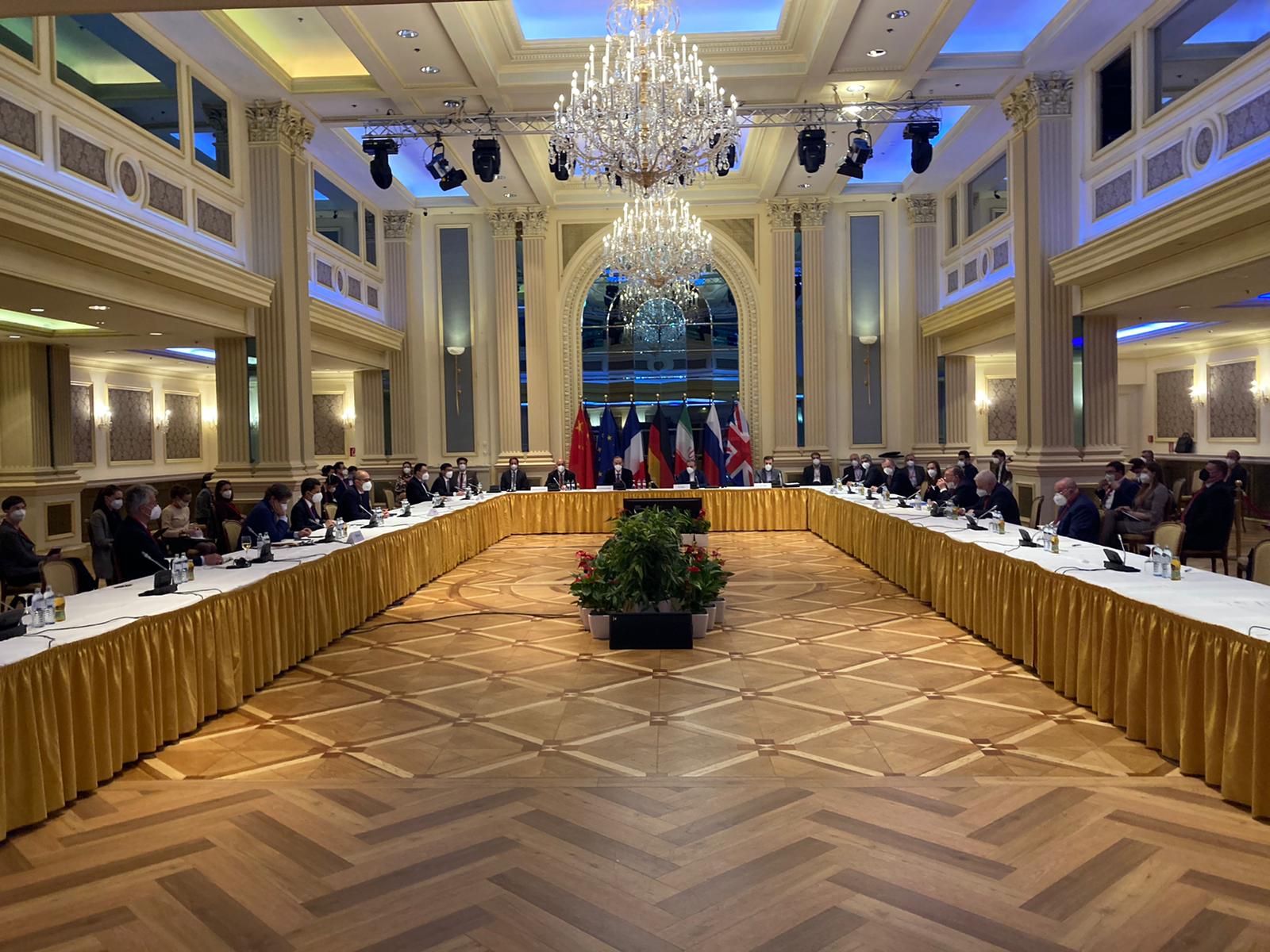 ‘We are working on these things’

The original 2015 nuclear deal, despite its many holes, did temporarily delay Iran’s nuclear progress, allowing the IAF to invest its resources in other missions and plans.

In 2018, after the Trump administration withdrew from the nuclear deal and placed crippling sanctions on Iran, Tehran faced severe economic crises. Nevertheless, the regime began speeding up its uranium-enrichment activities in order to, as former Israeli National Security Adviser Maj. Gen. (res.) Yaakov Amidror put it, “make clear to the world what the cost of the U.S.’s exit from the agreement will be.”

Now, as the Biden administration seeks to draw Iran back to that very same deal, any delay that the JCPOA would cause Iran’s nuclear program would be very short-lived. Alternatively, Iran, which has found new ways to export its oil around the world and ways to survive sanctions, could be tempted to do away with any return to an agreement and secure its status as a breakout state instead.

One must hope, therefore, that the United States and Israel are quietly hammering out a side deal between them that would stipulate what actions would be taken if Iran approaches the breakout zone, in addition to ensuring that no one gets in Israel’s way should the hour arise for confrontation.

When IAF planners look at the challenge of reaching Iran, they must consider an enormous undertaking, requiring the most detailed planning, intelligence, ammunition selections, aerial platforms and refueling capabilities. There is no resemblance between such an operation and a short-range operation against Hamas in the Gaza Strip.

Israel’s defense establishment is increasingly vocal about those preparations. In September, Israel Defense Forces Chief of Staff, Lt. Gen. Aviv Kochavi, told Walla: “We have greatly sped up our preparations for activities in Iran.”

He added that a “substantial part of the enlarged defense budget, as just recently summarized, is earmarked for this. This is highly complex work, requiring a great deal of intelligence and many operational capabilities. It requires many more ammunitions. We are working on these things.” 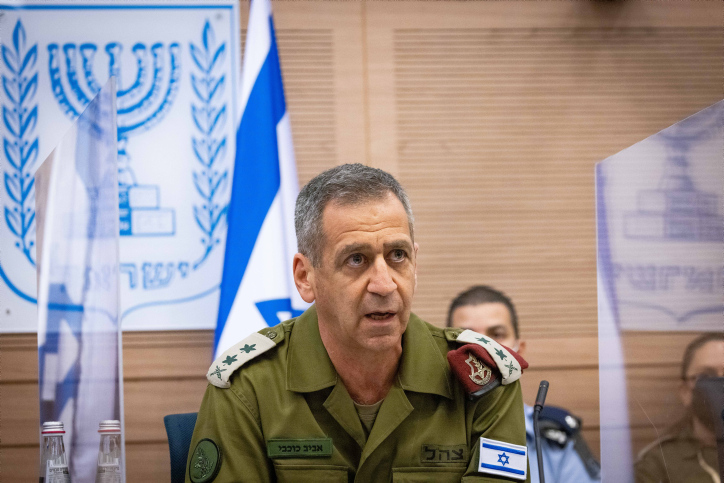 IDF Chief of Staff Aviv Kochavi attends a Defense and Foreign Affairs Committee meeting at the Knesset, the Israeli parliament in Jerusalem on November 09, 2021. Photo by Yonatan Sindel/Flash90

These comments reflect the true scope of the force build-up program needed specifically for a strike mission on Iran’s nuclear program. They also suggest that whatever plans the IAF had in place for such a mission in 2021 will be different from the plans that will be put in place in 2022.

Such strategizing, in and of itself, isn’t new. Israel first began developing its military capabilities for stopping Iran’s nuclear program in 2004—hasn’t stopped. As time goes by, the chances of Israel needing to deploy these capabilities appear to have risen, even if there is no immediate trigger for such action tomorrow.

The year 2022, with Iran’s progress, and pending decision on whether or not to engage in diplomacy, could prove to be a critical junction.

‘A military option is on the table’

To be sure, a strike would represent the very last resort from Israel’s perspective. Not least of which, this is due to the fact that a strike could see Iran quickly activate Hezbollah—its heavily armed proxy in Lebanon that is 20 times more powerful today than it was on the eve of the 2006 Second Lebanon War. Hezbollah’s arsenal of more than 150,000 surface-to-surface projectiles is designed to deter Israel from launching the very strike for which the IAF is currently preparing contingencies.

Iran’s Shi’ite proxies in Syria and Iraq could also join the fray after an attack, setting the scene for a major Mideast war. Such a scenario is not inevitable and the nature of warfare is unpredictable, but it must be factored into any strike contingency.

Ultimately, it is vital that Iran understands that a military option is on the table, and since the American strategic focus has clearly shifted to the Far East, it falls to Israel to carry out this function.

In the past, Iran has taken military threats to its nuclear sites seriously, as is visible in the length that the Islamic Republic has gone to in protecting its nuclear infrastructure with air-defense systems and installing parts of it underground.

In 2003, when Iran saw American forces on its borders in Afghanistan and Iraq, it froze its nuclear program to avoid military action. Today, however, Iran’s Supreme Leader, Ayatollah Ali Khamenei, does not appear to be taking military threats from anyone very seriously. 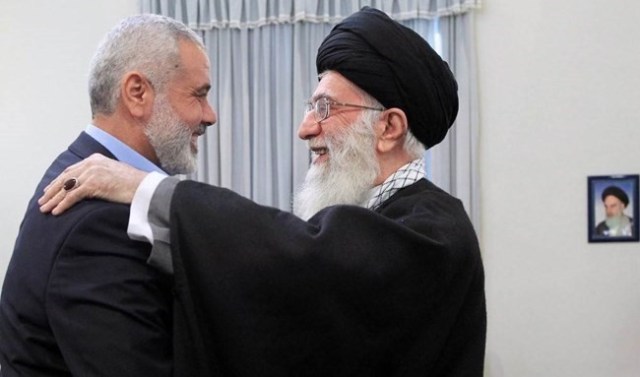 The placing of a credible and imminent military threat is therefore critical at this junction.

For Israel, this means also having to be ready for the full-scale conflict that could follow with Iran’s proxies such a strike.

Plans by Israel to unleash devastating firepower on Hezbollah—combined with a rapid ground offensive—would mean that it would take Lebanon years to recover from such a war.

The timing of these potential scenarios is not around the corner, but their relevancy is growing with time.

At the tactical level, it appears as if Israel’s growing fleet of F-35 fighter jets will have leading roles in such scenarios with their stealth capabilities, and ability to infiltrate deep into enemy air space and gather enormous amounts of intelligence, which can be sent back to fourth-generation F-15 and F-16 fighter jets to attack.

In some ways, the IAF is still coming to terms with the full range of capabilities possessed by the F-35 and how these can be combined with roles for F-16 and F-15 jets, as well as unmanned aerial vehicles (UAVs).

‘Their dream of regional hegemony and beyond’

There are some who question whether it is even possible to really stop Iran on its patient, calculated nuclear march. Some argue that even if Iran becomes armed with nuclear weapons, it would not use them against Israel, and that the threat of retaliation and global reaction would kick in.

Such arguments are effectively dealt with by an examination of Iran’s likely strategy once it becomes nuclear; this would probably center on providing a nuclear umbrella for its ever-more confident proxies in the Middle East.

As Amidror, the former national security adviser, recently stated in a paper for the IDF’s Dado think tank, “even if the Iranians do not use nuclear weapons to destroy Israel,” the nuclear umbrella in their possession “would make it easier for them to realize their dream of regional hegemony and beyond. With nuclear weapons in their hands, they could act against regional states, foremost among them, Israel, with far less concern regarding possible responses. It is fair to assume that they believe that when they possess nuclear weapons, Israel, too, will be deterred from acting against Iranian interests, even if Iran’s efforts will go towards nourishing their stranglehold mechanism that they wish to place around the Jewish state in Lebanon, Syria and Iraq.”

Amidror warned that nuclear weapons would make Iran feel immune enough to destabilize the Middle East with much greater intensity than it does today, without having to worry about American retaliation or the threat of a Libya-style war for regime change.