On anniversary of Abraham’s purchase, Jewish housing in Hezekiah Quarter of Hebron begins

Let him sell me the cave of Machpelah that he owns, which is at the edge of his land. Let him sell it to me, at the full price, for a burial site in your midst.” Genesis 23:9 (The Israel BibleTM)

This Shabat, the Torah portion is Chayei Sarah (Genesis 23:1–25:18). In that portion, Abraham purchases the tomb of the Patriarchs in Hebron from Ephron the Hittite to bury his wife Sarah.

Let him sell me the cave of Machpelah that he owns, which is at the edge of his land. Let him sell it to me, at the full price, for a burial site in your midst.” (Genesis 23:9)

Simultaneously, housing construction for Jewish Israelis has begun after years of being tied up in bureaucracy.

Construction has started on 31 new housing units for Jewish residents in the city of Hebron, which represents the first new major building in the “H2” section of that town in the past 21 years.

H2 is under Israeli military administration and includes both Jewish and Arab neighborhoods; it also houses the Tomb of the Patriarchs (Cave of Machpelah) religious site holy to both Jews and Muslims. Jews are only permitted to travel within the Jewish neighborhoods in H2 except on special occasions.

The H1 section of Hebron comprises 80 percent of the city, is exclusively for Arabs, and is controlled by the Palestinian Authority per the 1997 Hebron Protocol signed by Israel and the P.A.

The area is named after Rabbi Chaim Hezekiah Medini, who served as the chief Sephardic rabbi of Hebron, and was a world-renowned and respected Torah scholar who lived at the end of the 19th and the beginning of the 20th century. He was buried in Hebron’s ancient cemetery upon his passing in 1904.

The Higher Planning Council of the Civil Administration first announced the preliminary approval of the plan back in 2017, with the Israeli government cabinet giving final approval the following year, allocating a budget to relocate and renovate an army post that has been at the site for the past 30 years. The actual funding of the residential project will be paid by the Jewish community of Hebron and the new residents who purchase the apartments. 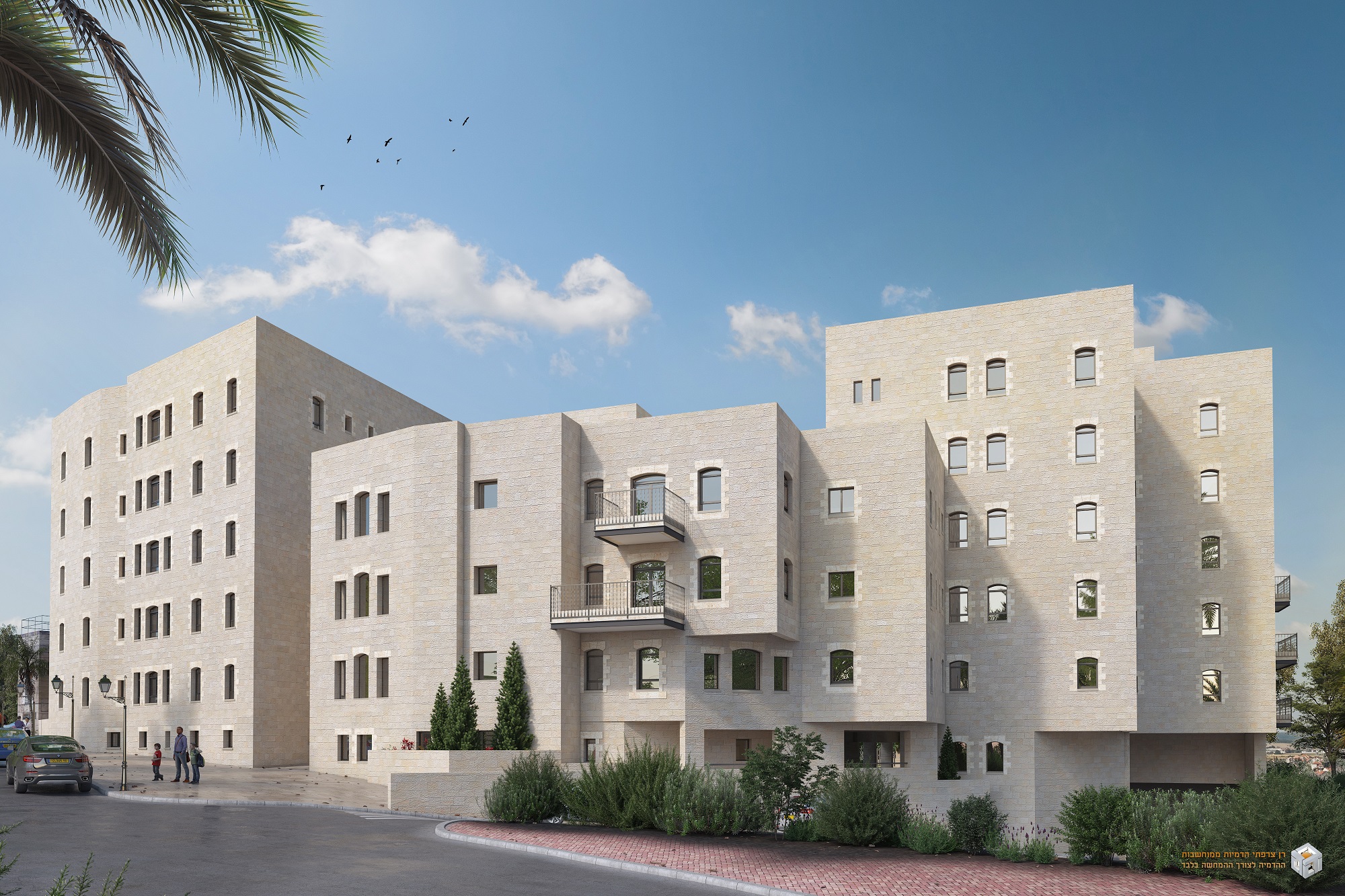 An artist rendition of the new project for the Jewish community in Hebron. Credit: Courtesy of Jewish Community of Hebron.

According to Yishai Fleisher, the International Spokesperson for the Jewish community of Hebron, the project was held up in court due to petitions filed by Arabs in the local Hebron municipality, along with the left-wing Israeli organization Peace Now, against the building permits. Just a few weeks ago, those petitions were rejected by an Israeli District Court, and so the groundbreaking was allowed to commence.

In regard to the start of the new building, Fleisher told JNS, “We are embarking on developing a few Jewish buildings on land purchased by the community in 1870 and contiguous to other Jewish properties. We have many Arab colleagues and allies in the city, and they are happy for our growth. Simply put, there is nothing more organic than Jews living in the heart of Judea, in the city of our ancestors.”

The Beit Romano Building was built in 1879 by the wealthy Turkish merchant, Haim Yisrael Romano. It symbolized the establishment of centers outside of the “ghetto” (the neighborhood of Avraham Avinu) and served as a guesthouse. The “Istanbul Synagogue” was later established on its premises.

Appeal to the Supreme Court

The Peace Now organization released a statement last week blasting, the government for the new construction.

“The government is acting like an annexation government, not as a change government. Since the 1980s, no government has dared to build a new settlement in the heart of the largest Palestinian city in the West Bank with the exception of one building built under the auspices of the second intifada in 2001. The defense minister [Benny Gantz] has to stop construction, even if the plan was approved by the previous government. The settlement in Hebron is the ugly face of Israeli control of the territories. The moral and political price of having a settlement in Hebron is unbearable,” read Peace Now’s response. 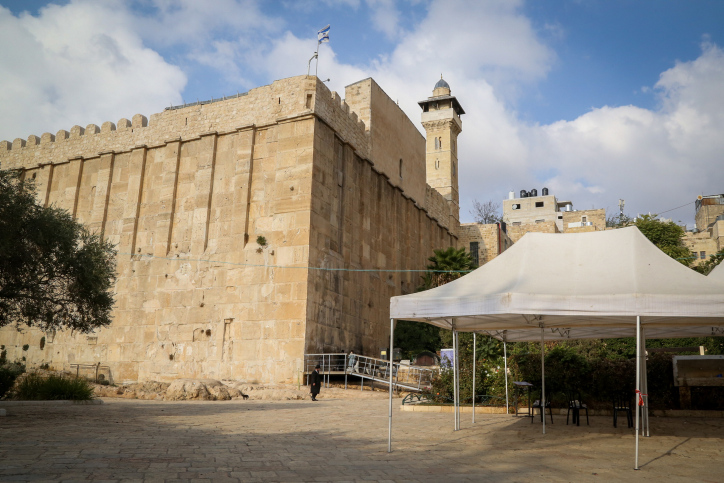 The organization said it would appeal to Israel’s Supreme Court in the coming days.

On the other hand, Uri Karzen, director general of the Jewish Community in Hebron, told JNS that “this project is the rectification of an historical injustice in the wake of the pogrom against the Jews of Hebron in 1929, who were evicted and lost all of their property.”

He emphasized that the parcel where the new construction is taking place on land that has been Jewish-owned since 1876, but later when taken over by the Arab municipality, served as the town’s central bus station.

“But now,” said Karzen, “it has been turned over to Jewish hands—its rightful owners.”