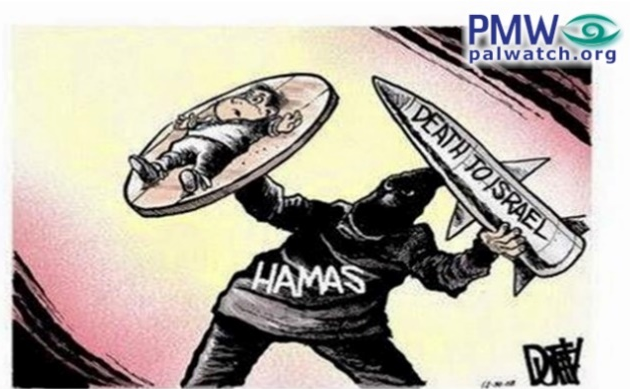 During Hamas’ war against Israel in May, Israel condemned Hamas for using civilians as human shields. During the war, the PA and Fatah supported Hamas’ terror campaign and even encouraged Palestinians and Israeli Arabs to riot against Israeli civilians.

However, a few months later, Fatah is acknowledging that the Hamas war tactic was immoral because they used civilians including children as human shields.

Similar criticism was expressed by Fatah in this cartoon depicting a man with “Hamas” written on him making a “V” for victory with one hand, while putting his other hand around the shoulders of a man with “The Palestinian people” written on him. The “Hamas” man is holding a target over the other man’s heart. 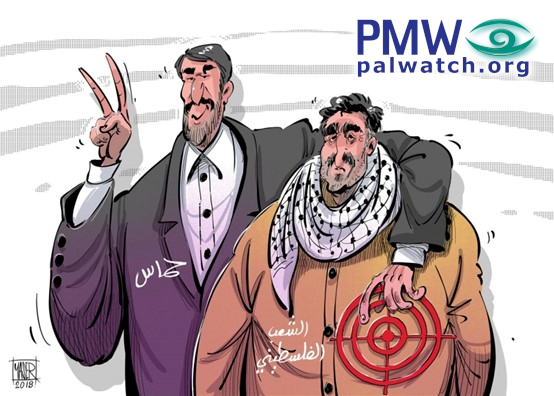 Text: “The heart of the issue – their target!”

[Website of the Fatah Commission of Information and Culture, Aug. 1, 2021]

Palestinian Media Watch has reported on harsh PA and Fatah criticism of Hamas’ use of civilian areas to store explosives and weapons. Hamas does this knowing that Israel goes to great lengths to protect Palestinian civilians and refrain from bombing such areas.