Bring on the fondue for a savory Sukkot

Steaming hot cheese fondue served with wine and toasted baguette on forks for dipping in close up on a rustic table (courtesy: Shutterstock)

ukkot, or the “Festival of Booths,” is celebrated on the 15th day of Tishri. Earlier on the secular calendar this year, it won’t be celebrated deep into the fall and colder weather so will probably be on the warmer side in most of the United States. It begins at sundown on Monday, Sept. 20, and lasts through sundown on Monday, Sept. 27, followed by Simchat Torah on Sept. 28. It’s customary to eat meals in a sukkah, the symbol of the hastily constructed booths built by the Israelites during the 40-year trek across the desert. Family, friends and neighbors gather to eat meals (and for some, to sleep) in the sukkah.

We probably expected to be done with COVID by now, but it remains with us, as do certain restrictions about gathering. Fortunately, it’s one of the few holidays that is observed outside, making it safer than most, with light and air coming through the loose cornstalks, palm fronds or other elements that make up the sechach that serves as the roof of the sukkah.

Newly married, we spent our first Sukkot in Basel, Switzerland. On the balcony of our cramped apartment, we created a sukkah with bunches of grapes and apples attached to railings and rugs. We had been living on affordable foods, mainly good crusty bread from the baker who insisted on calling me “Frau Doctor” even though my husband, Walter, was still a medical student. We matched that with a dizzying variety of delicious cheeses produced in Swiss cantons, all available in the Migros cooperative market, a mini-version of an American supermarket.

Homesick for friends and family, we invited two fellow Jewish students to eat in our untraditional sukkah. Our Sukkot meal was definitely unconventional, but true to the tradition of friends and companionship, coming together to celebrate. And living in Basel, fondue was the perfect meal. Chef Willy, our neighbor on Landskronstrasse, had befriended. After numerous fondues we enjoyed with his family, he grudgingly allowed me to stand over him as he prepared the delicacy “the right way” (alluding to what is served in America). The tips and recipe below, thanks to him, are written on a wine-stained card I recently discovered tucked into a forgotten paperback.

Contemporary fondue goes back to the 1800s in Switzerland. It was a way to use up old cheese and stale bread. In the 1960s and ’70s, fondue was the dish to serve at dinner parties. Fondue pots come in a variety of materials—from classic ceramic to electric made of copper or other metal—along with four skewers. It makes a nice contemporary gift if you want to get one for a friend or neighbor, and is social and engaging; however, stick to your bubble this year if you plan on this treat. It’s perfect for families and engaging for grandparents that children missed so much last year.

To lighten the main course, add a simple salad; to dress it, whisk together 2 teaspoons mustard, 1 tablespoon vinegar and 2 tablespoons olive oil. Heap salad greens on top, cover and refrigerate. The greens will stay crisp until tossed with the glistening dressing. For zest and punch, I throw a handful of fresh basil leaves on top before serving.

On Hoshanah Rabbah, the seventh day of Sukkot, it’s customary to eat kreplach, little dumplings filled with chopped meat and vegetables. Rather than the labor-intensive preparation, I’ll prepare my version of Chicken Pastilla—a “pie” of chopped or shredded chicken, chopped onion and aromatic Moroccan spices. Don’t be intimidated by the long list of ingredients; it’s mostly measuring and mixing. Instead of layers of filo dough, which is typically Moroccan, the mixture is baked under a crust of puff pastry, crisp and golden-brown. Add to it that simple salad.

Make dessert quick and healthy: bowls of fresh fruit, much of which is still in season. Apple and pear slices, small clementines, currants, grapes, and if you have a leftover pomegranate, pop those seeds out for a sweet-and-sour last bite. 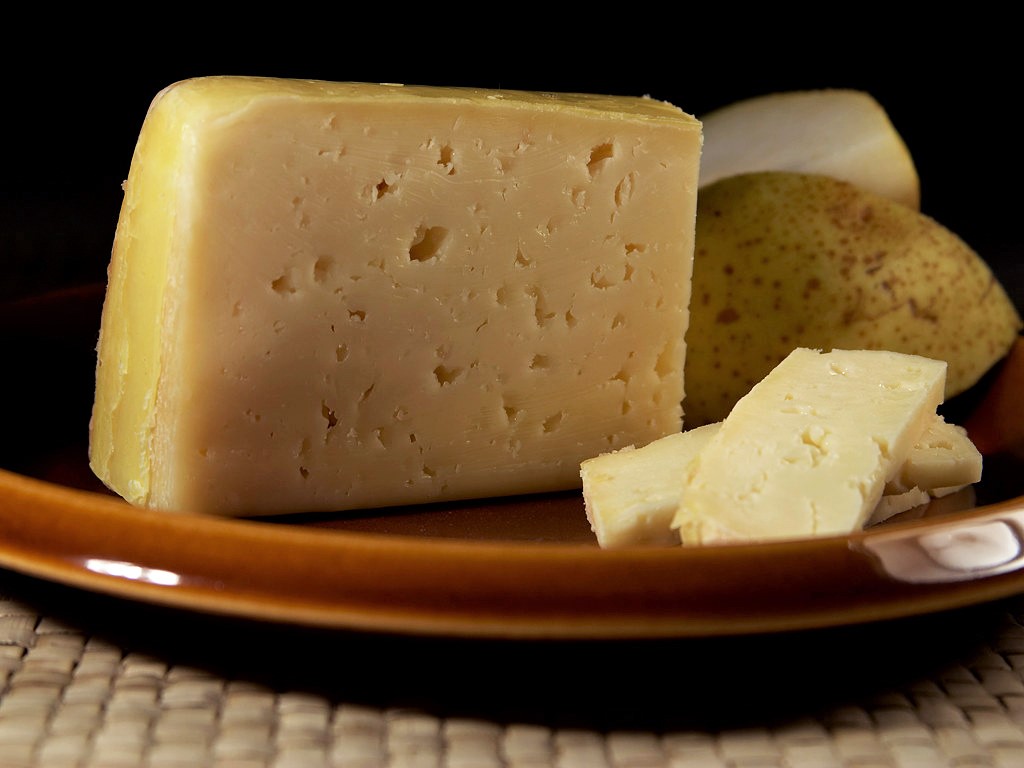 *Use a combination of Swiss cheeses: Tilsiter, Emmental and Gruyère.

*Always cook with the wine you drink, a good white—never a cooking wine.

*Cut up some crusty bread, such as French or Italian, into 1-inch chunks. Leave overnight at room temperature to crisp up. That way, the bread doesn’t crumble into the fondue.

*Begin by rubbing a clove of garlic around the inside of the fondue pot.

*Grate the cheese on the large side of a box grater or processer. Never chop!

*May prepare in a large heavy pot on stovetop and transfer to a fondue pot over Sterno. 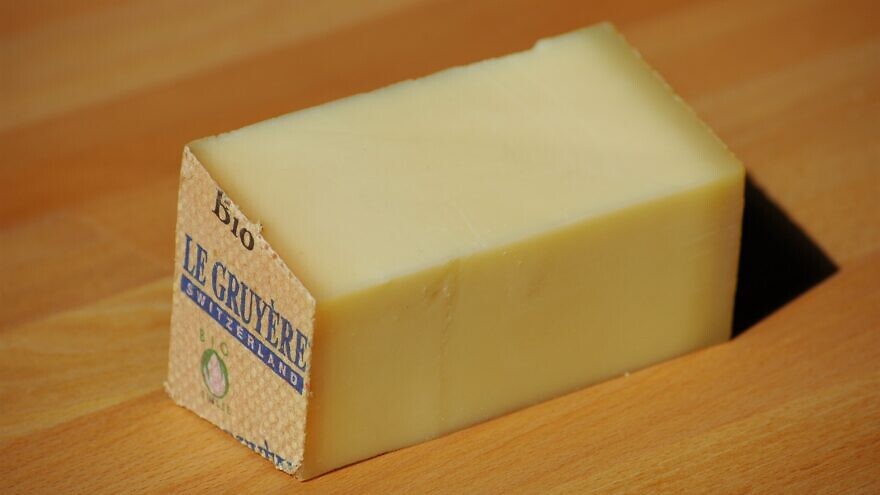 1¼ cups dry white wine, such as Chardonnay or Sauvignon Blanc

In a large bowl, thoroughly toss the cheeses with cornstarch.

Rub the garlic over the bottom and sides of a heavy saucepan or stove-safe fondue pot and then discard. Pour in the wine.

Bring to simmer over medium-low heat.

Add the cheese, a handful at a time. Stir well after each addition so that cheese is thoroughly melted. Don’t hurry.

When the mixture is smooth, blend in the kirsch and mustard, and stir into the melted cheeses.

If needed, transfer from the saucepan to a fondue pot over Sterno.

Set bread and/or vegetables in bowls within easy reach of diners. Dip and enjoy! 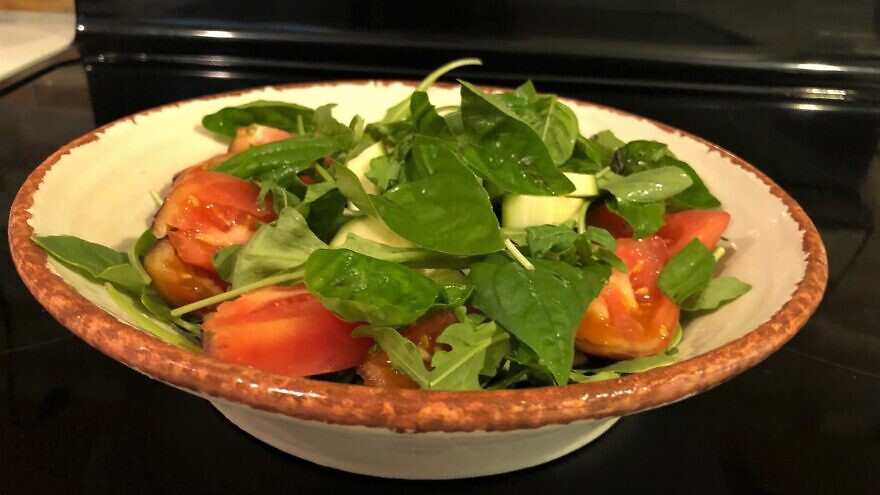 *Frozen chopped cilantro is available in markets. Use 1 tablespoon for ¼ cup fresh.

Heat the olive oil in a large deep pot over medium heat. Add the onion. Lower heat and cook until onion is softened.

Whisk the eggs with ¼ cup chicken stock. Pour into a small skillet and scramble softly over low heat. The mixture should be soft and creamy. Stir into the chicken mixture to thoroughly combine.

Spoon into a 10-inch pie plate.

Bake in preheated oven 25 minutes or until pastry is puffed and golden. Serve warm. 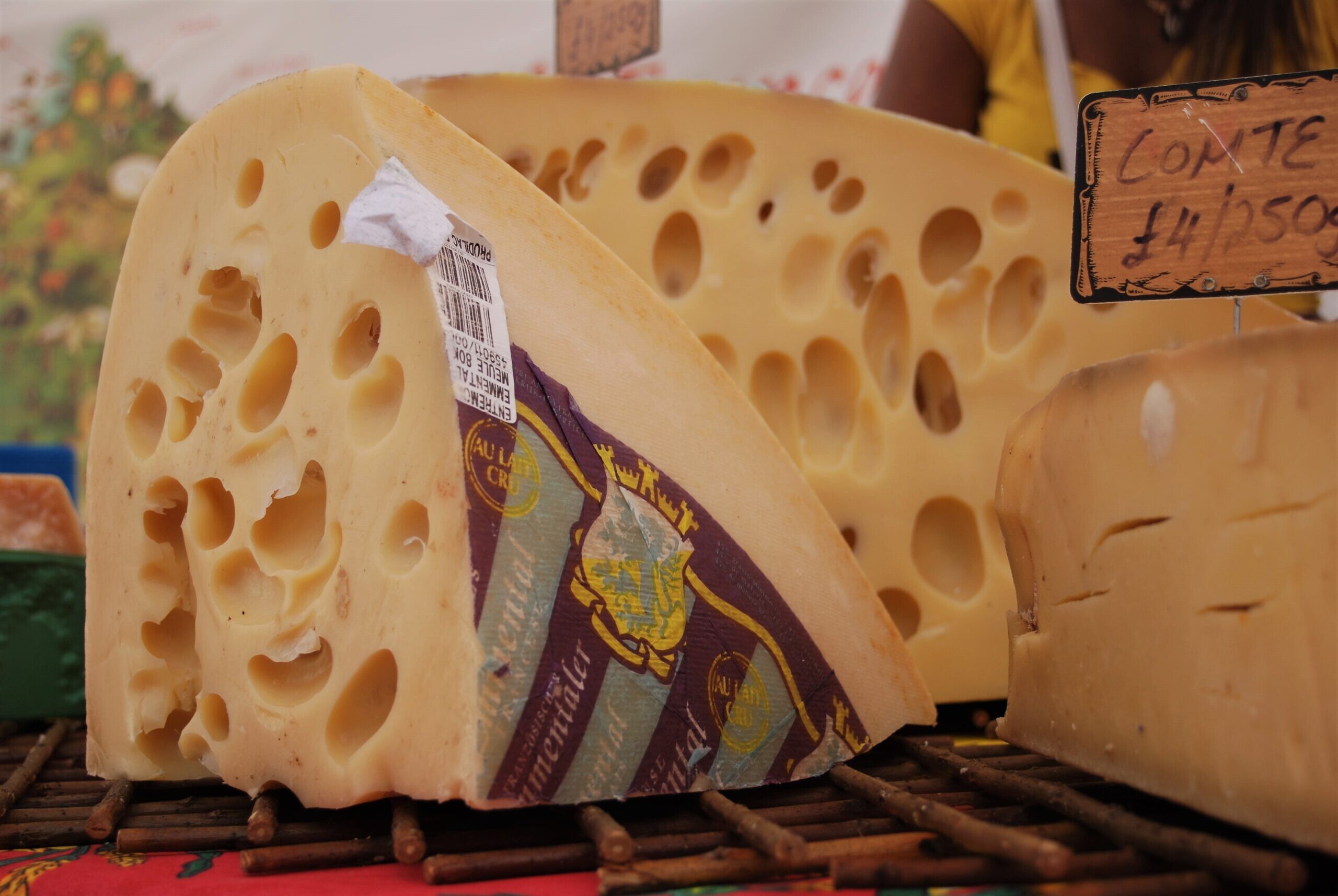