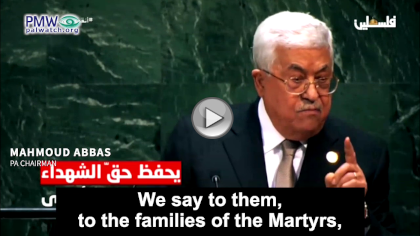 Since the beginning of June, PA TV has repeatedly – no less than 18 times! – broadcast Abbas’ speech in which he promises that even if the PA is left with only “one penny” in its coffers, he will pay that penny to the families of the dead terrorists, the terrorist prisoners, and the wounded terrorists.

Introducing the speech, the PA narrator presents Abbas as the one who “preserves the right of the Martyrs, the wounded, and the prisoners”: 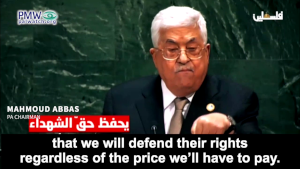 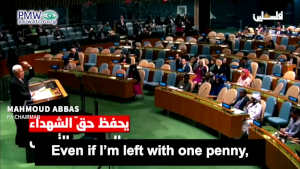 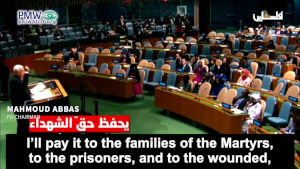 PA TV Narrator: “Despite the blackmail, he defends the right of the Martyrs, the wounded, and the prisoners.”

Abbas: “A blessing is sent to our loyal Martyrs, our prisoners, and their families who are standing firm and bearing their suffering with patience. We say to them, to the families of the Martyrs, that we will defend their rights regardless of the price we’ll have to pay. I won’t submit to what Israel has requested. I won’t submit. Even if I’m left with one penny, I’ll pay it to the families of the Martyrs, to the prisoners, and to the wounded, and I won’t withhold this from them.” 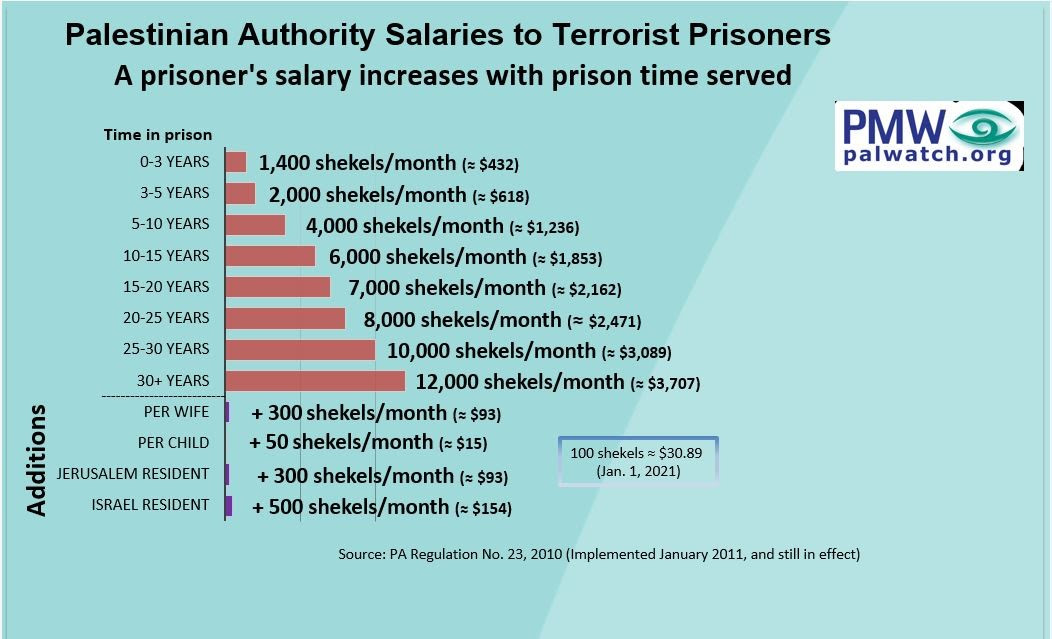 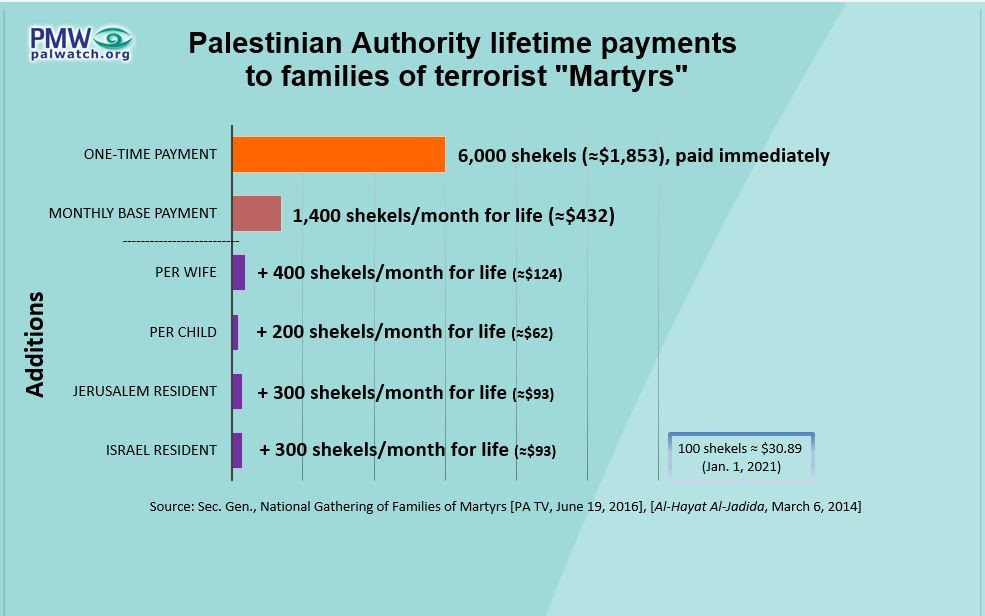 The payments to the wounded terrorists are calculated based on the degree of the injury as a percentage of the sum paid to the family of a dead terrorist – i.e. a wounded terrorist whose injury results in a 50% disability will receive 700 shekels ($216)/month.

Abbas’ words are not just bravado or empty rhetoric. In 2020, as Covid-19 ravaged the globe, the PA had to make a serious decision: Continue paying rewards to terrorists or purchase critical life-saving medical equipment and vaccines. Spending a cumulative sum of no less than 750 million shekels (600 million on the salaries of the terrorists prisoners and released prisoners and 150 million shekels paying the allowances to the wounded terrorists and families of the dead terrorists), the PA chose rewarding terrorists over saving the lives of the simple law abiding Palestinians.

The US Taylor Force Act (TFA) conditions the bulk of US aid to the Palestinians on the PA abolishing its “Pay-for-Slay” policy and revoking all the laws associated with the phenomena. PMW urges President Biden and Secretary Blinken not to allow themselves to be hoodwinked into misleading Congress and renewing the US aid to the PA, before the PA complies fully with TFA and other of the conditions for aid stipulated in US law.