PA: Jews are “defiling Jerusalem,” “invading the Al-Aqsa Mosque” when they visit the Temple Mount

Did you know Jews are constantly “invading” and “defiling” the Al-Aqsa Mosque?

At least that’s what the Palestinian Authority leaders want Palestinians to believe is happening when Jews visit the Temple Mount. In a broadcast on official PA TV, PA shows footage of Jews at the Temple Mount while text on the screen warns viewers: 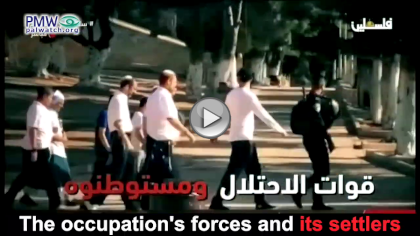 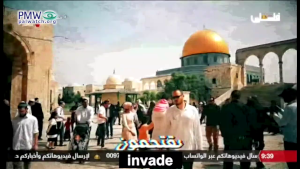 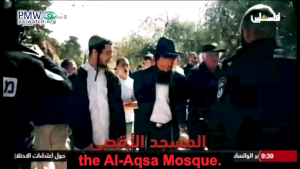 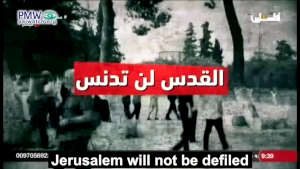 Palestinian Media Watch has exposed this antisemitic broadcast previously, as well as similar expressions, claiming that hordes of Jews are “invading” and “defiling” Muslim and Christian holy sites. This song broadcast on the official PA radio is such an example: 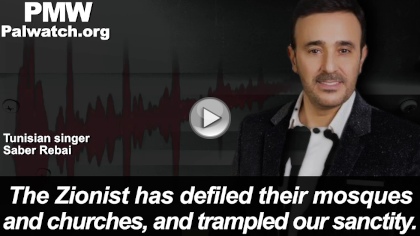