Meet the women who harvest the land of Israel

So she stayed close to the maidservants of Boaz, and gleaned until the barley harvest and the wheat harvest were finished. Then she stayed at home with her mother-in-law. Ruth 2:23 (The Israel BibleTM)

Have you ever wondered who produced your artisanal olive oil or your locally-made cheese and wine?

Chances are that you’re imagining gruff men toiling away in dusty groves or inspecting huge oak barrels. And while that may be the case in many instances, it certainly hasn’t always been that way in Israel, where women were  pioneers just as much as men in the country’s pre-state and early days.

Rachel Yanait Ben-Zvi, for example, was not only the wife of Israel’s second president, Yitzhak Ben-Zvi, but also an avid agronomist who taught Jerusalem women how to grow vegetables, milk cows and make cheese. Hana Meisel, meanwhile, was Israel’s first female agronomist and a renowned feminist who established an agricultural school for women in the country’s north. And throughout Israeli kibbutzim, women could be found working the land alongside their male counterparts.

Fast forward to the 21st century, where women continue to play a role in Israeli agriculture. While they may be pioneers in that they’re at the top of their game in fields so often thought of as male, they are also part of a decades-long tradition of strong, independent women whose labor of love is as inspiring as it is awesome. 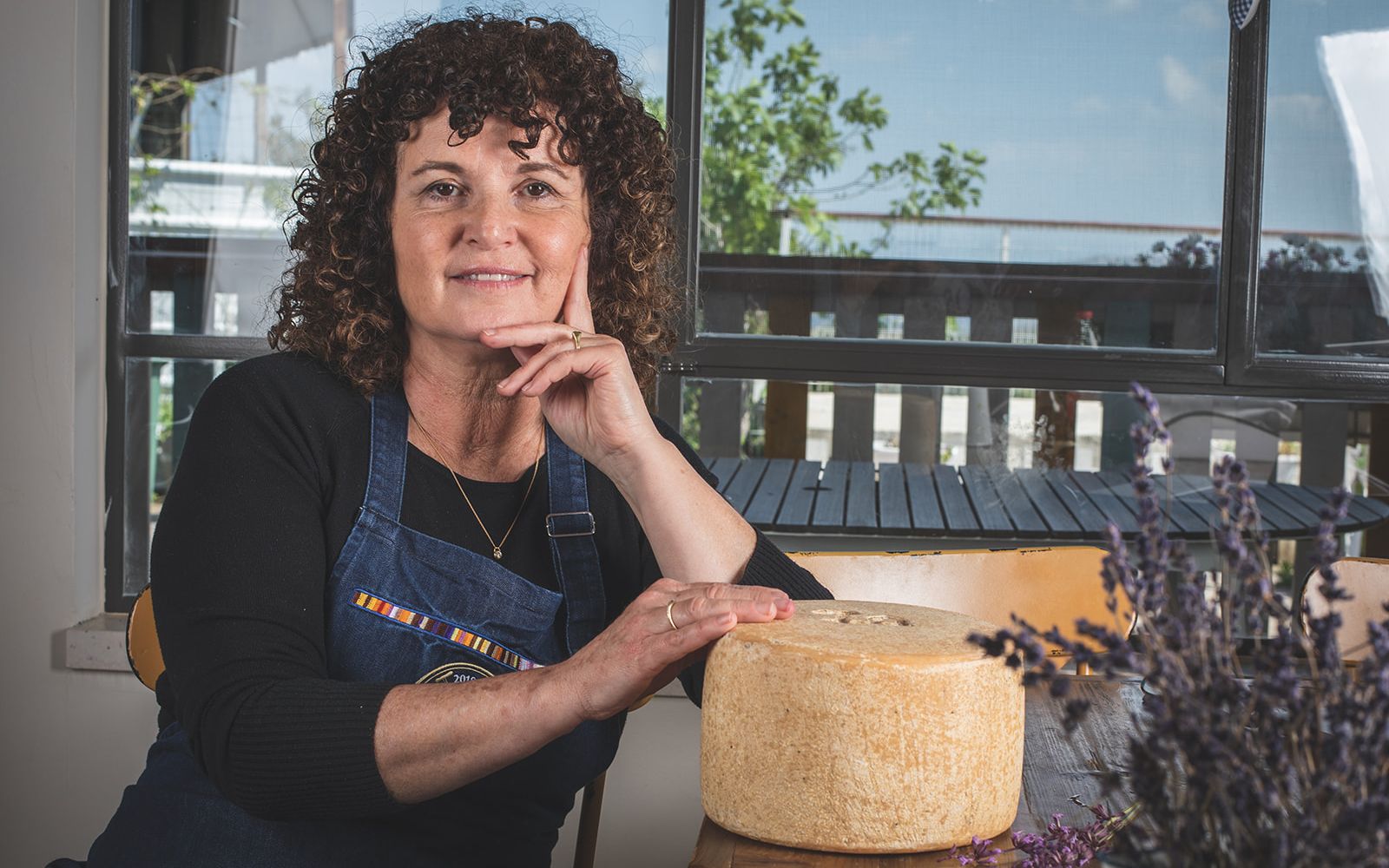 Michal Mor Melamed’s career in cheesemaking took off quite by chance.

A veteran speech therapist, she also travels to Switzerland every year to go paragliding. One day in 2005, rainy weather in Switzerland sent her looking for different activity.

“A friend said, ‘Well, if you can’t fly then at least you can see how they make cheese in the Alps.’ I went in order to do him a favor, and the rest is history,” said Melamed.

She became completely hooked, began volunteering in dairies in Israel, took professional courses and spent a summer learning the secrets of cheesemaking in the Swiss Alps.

She even moved from central Israel up north to open the Shirat Roim (Shepherds’ Song) dairy, store and visitor center, which are all about the award-winning goat and sheep cheeses that she makes.

Melamed buys milk from growers and then begins a process of pasteurizing, curdling, mixing, pouring, pressing, salting and aging the cheese for a few weeks to a year.

“Our uniqueness is that we wash the cheeses on a daily basis. That’s how a clean rind that is suitable for eating is formed,” she said. 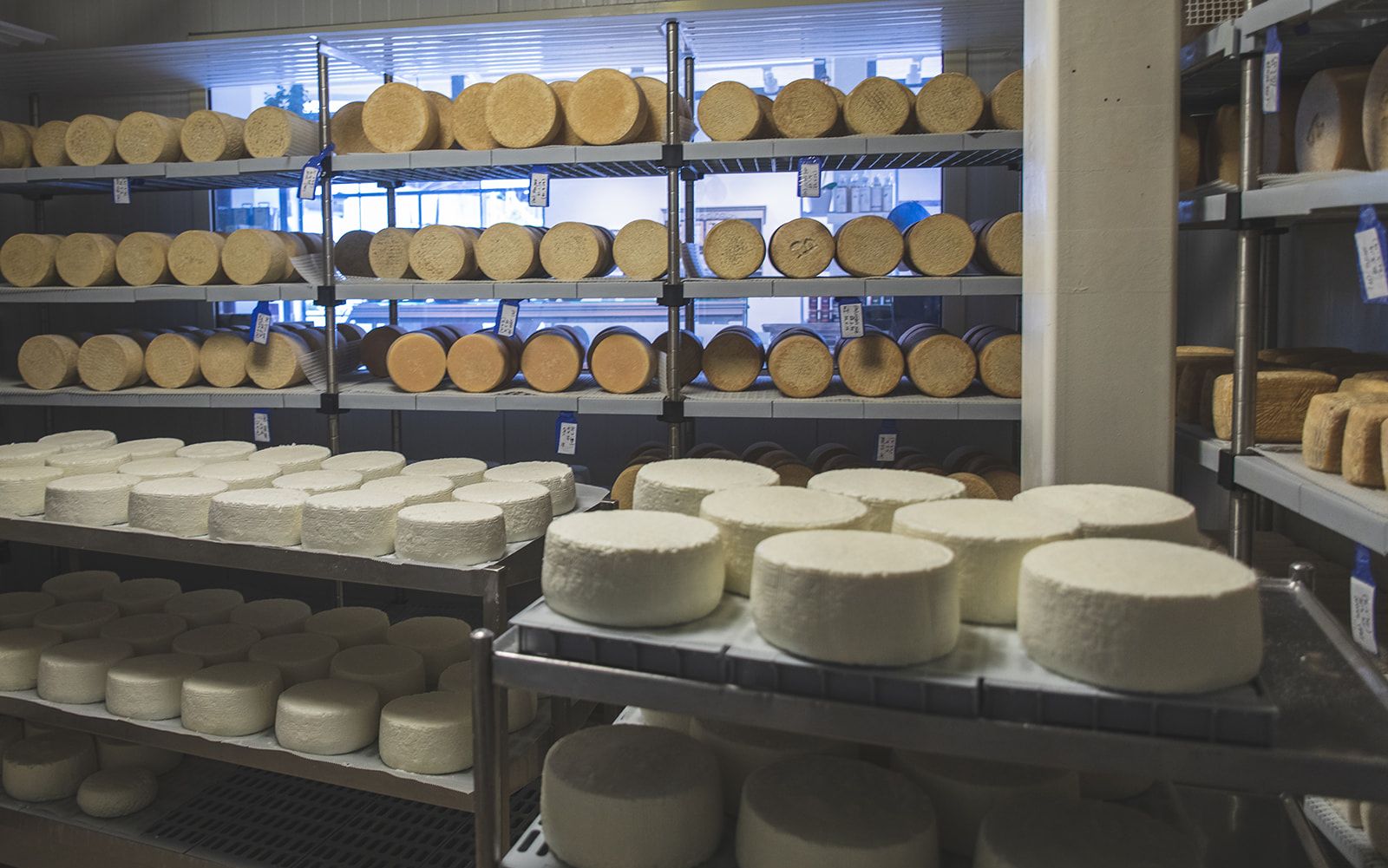 “I love the production, the process. It’s a process that requires a lot of precision and really understanding what you’re doing. Also, seeing customers enjoying the cheeses and coming back for more is really fun,” she said of her work.

Shirat Roim produces 28 cheeses, some of which have won international awards. Melamed also serves as a judge in international contests and has joined cheesemaking associations. Over the years, she says, more women have joined the field.

“Basically, it’s a profession that used to be a manly one. Nowadays you slowly see more women across the world creating cheeses, some of them with their partners and others independently,” she said.

And yet, people still imagine men to be the cheesemakers. “We used to have a guy working for us, and everyone would ask him questions even though I’m the cheesemaker,” she recounted.

“But I don’t encounter prejudice because I don’t really give it room,” she added. “Sometimes it happens but I very quickly get over it. I’m not a rookie when it comes to that.” 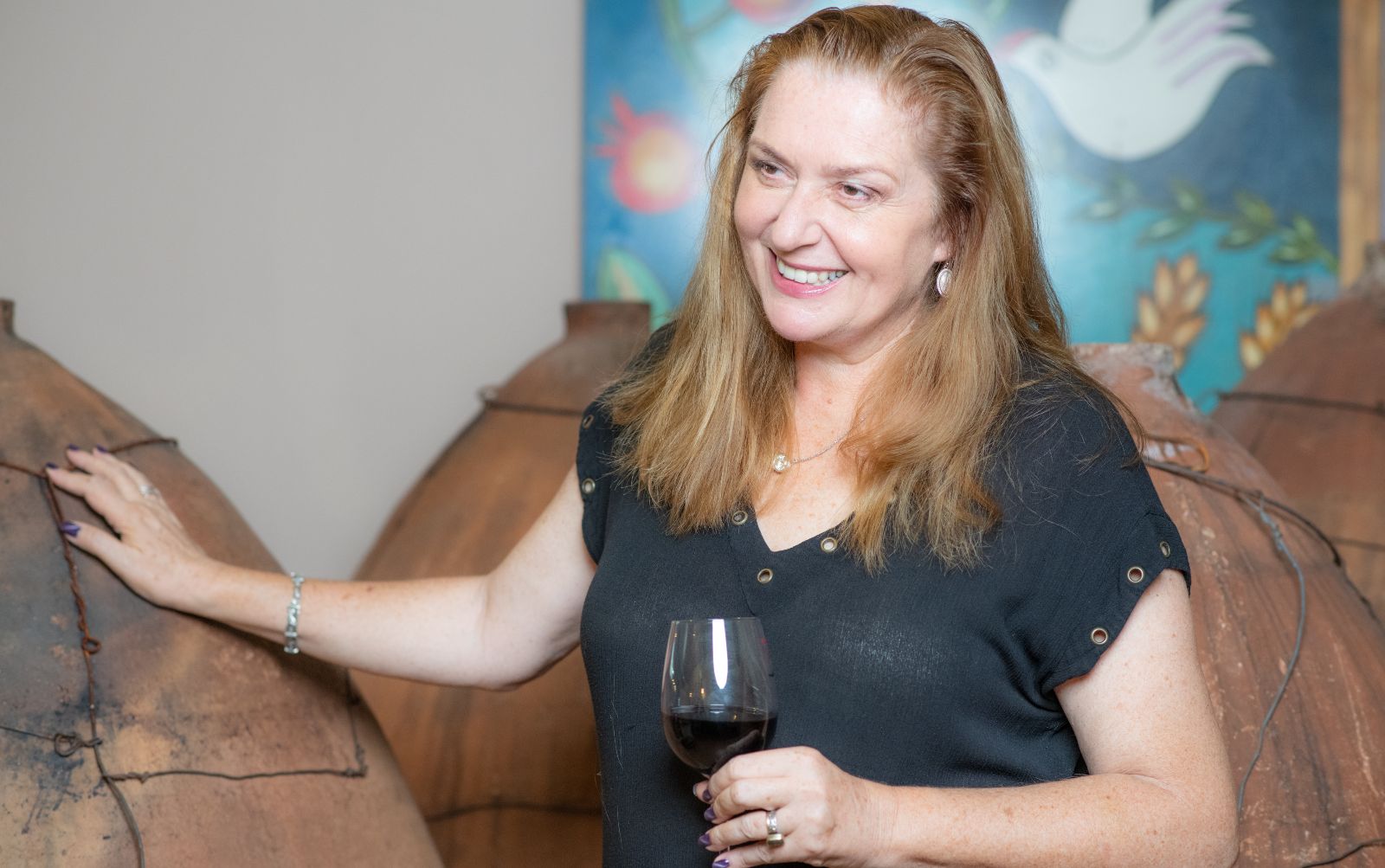 Winemaker Lina Slutzkin from Kadma Winery is also not new to working in a traditionally male field, having worked in high-tech for 20 years before embarking on her journey into winemaking around a decade ago.

Slutzkin and her family live in Kfar Uria, a village in central Israel. When she decided to leave the high-tech industry, she and her husband looked for something to do with their farmland.

“In the end we reached the conclusion that wine is the most fun. And we haven’t been proven wrong,” she says. 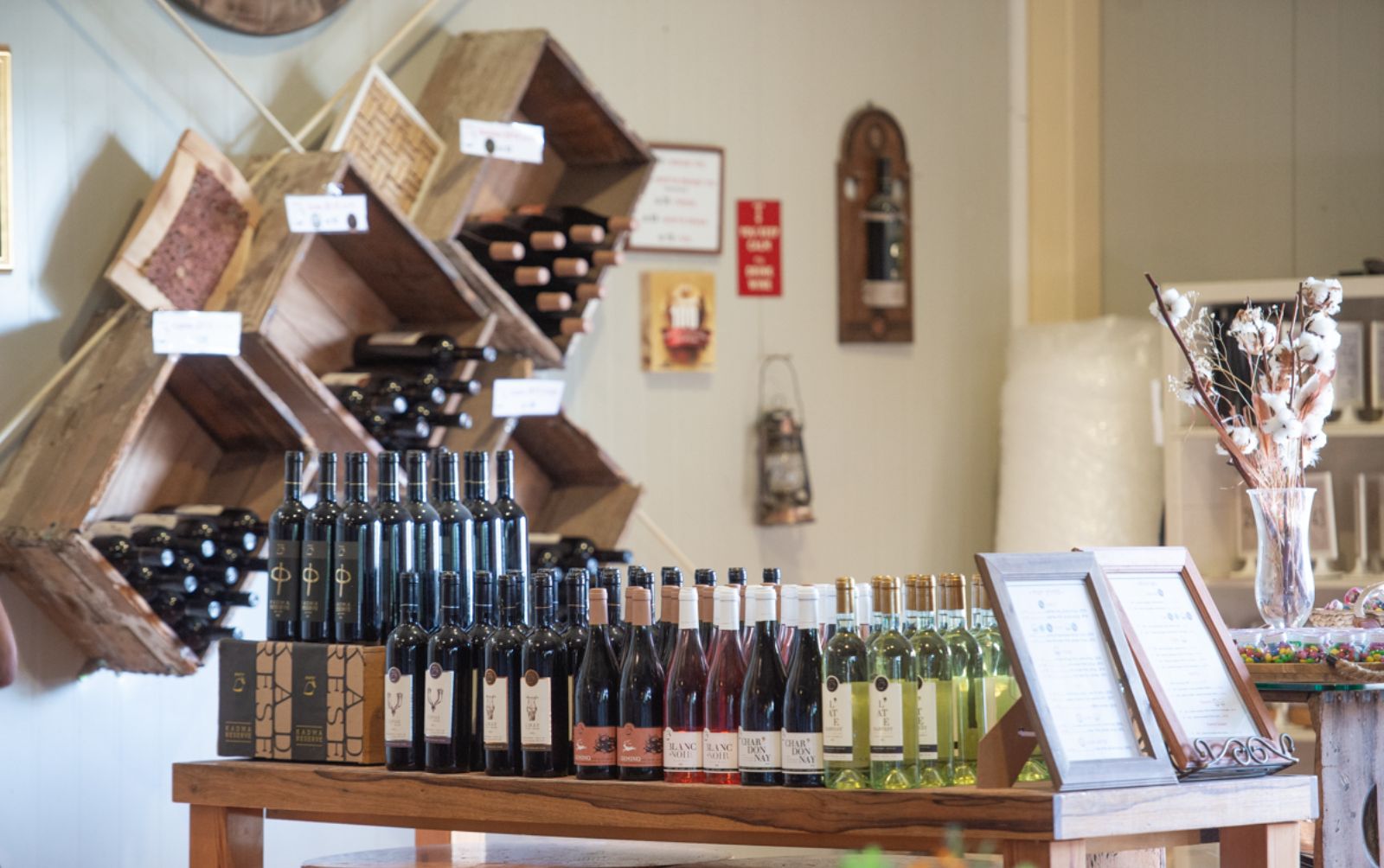 Slutzkin learned how to make wine at the Soreq winery and winemaking school and wanted to incorporate elements from her native Georgia. The result is wine made in large clay casks imported from Georgia as well as in more common barrels.

“We combine the new technological knowhow that wineries have today together with ancient techniques that have been in existence for thousands of years,” she said.

“People have been making wine in casks for about 8,000 years. There’s archeological evidence of it. In fact, we’re renewing a very old method that was also practiced here. But in Georgia it was preserved, so that’s why we brought the casks from there,” she said.

Running a winery, Slutzkin said, brings together a lot of her abilities in science and art. She also loves starting her day in the vineyards.

“Growing the vineyards is something that you start from scratch and plant the seedlings when they’re really tiny. It takes years and you see the fruit that come out of it. During the harvest, you literally see the fruit of your labor,” she said.

“Wine is a very long process that results in something that is very much mine. I enjoy it.”

Slutzkin is puzzled as to why there are so few women in winemaking.

“It holds true around the world and I really don’t know why,” she says. “At Intel, I was also used to being among men, even though in fact there were more women there than in wine. But at my winery there’s a lot of women.”

That said, she does not consider herself a woman making wine. “I’m a person who’s making wine, and I also happen to be a woman, a mother and so on.” 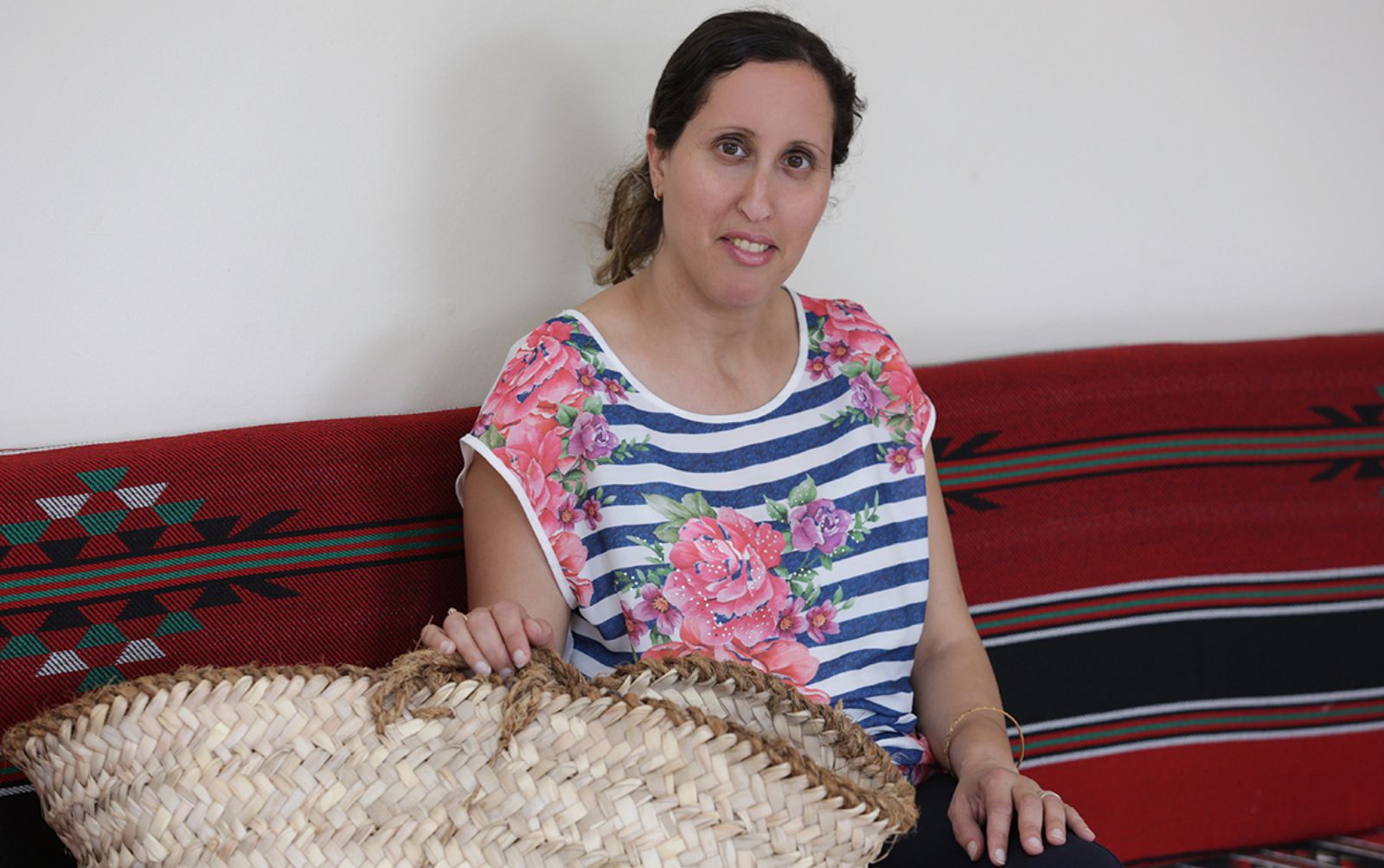 But as the manager of social projects and women’s empowerment at the female-led Sindyanna of Galilee NGO that promotes business for peace and fair trade in Israel, she knows plenty about breaking barriers and, of course, the local olive oil industry.

Sindyanna of Galilee was established in 1996 by a group of Jewish and Arab women to improve the literacy of Arab-Israeli mothers. With time, it moved to the olive oil business and today exports quality olive oil manufactured by Arab-Israeli women.

Their work at the factory helps them make a living, improve their status in society, learn Hebrew and new technological skills and meet with a wide array of Jewish and Arab women, all while empowering local olive growers. 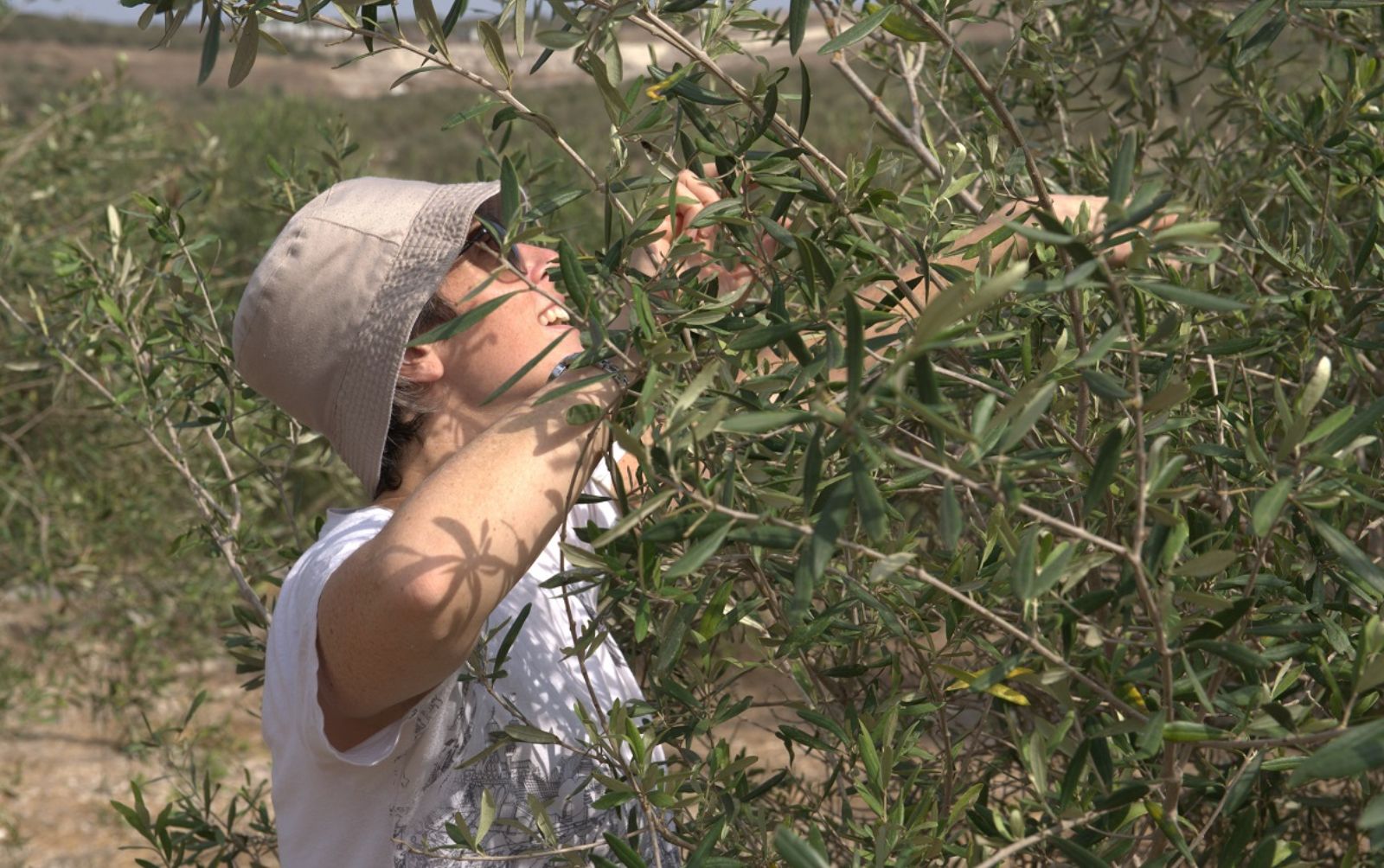 Sindyanna of Galilee’s annual olive harvest showcases the NGO’s ethics on cooperative work and a just and equal society. Photo by Erez Wagner.

Manadreh notes that for the participants, working outside the home was more of a difficult issue than working in the olive oil industry.

“Palestinian society was an agricultural society so women were always also involved in agriculture,” she said. “There’s more conservative prejudices about a woman’s place being in the home, raising children, cooking and working as a housewife. When a woman wants to go out to work, she has to break a lot of barriers, a lot of conventions.

“But this situation is slowly changing. We come across it less and less because the financial situation and the cost of living forces women to go out and work. You can’t live off one salary anymore,” she notes.

Sindyanna’s olive oil comes from both local olive growers and two olive groves leased from Arab farmers. One of these is Israel’s only experimental olive grove, where scientists try out breeds that have yet to be registered in the country, and the other was established by Sindyanna and produces organic olives.

Once the oil reaches the factory at the Arab-Israeli town of Kafr Kanna, the female employees strain it, store it and see it all the way to the finished product—high-quality, fair-trade olive oil that is mostly shipped abroad.

The women do go to the grove once a year for the harvest, which highlights the values that Sindyanna stands for.