Brig. Gen. Eyal Karim, chief rabbi of the Israel Defense Forces, holds a new Torah scroll for use by the Tomer division of the Givati Brigade, Feb. 17, 2021. Credit: IDF.

A ceremony last week celebrated two organizations that work on behalf of Israeli soldiers—Netzach Yehuda Association and Yahad: United for Israel’s Soldiers—that renovated a synagogue and donated deluxe furnishings for members of the haredi Tomer unit of the Givati Brigade.

Two new Torah scrolls, written especially for its soldiers, were also installed in the synagogue on Givati’s army base at Har Keren in the Negev Desert.

The Tomer unit was established in 2014. Soldiers receive the necessary provisions that allow them to serve in the Israel Defense Forces while maintaining a Torah-observant lifestyle. 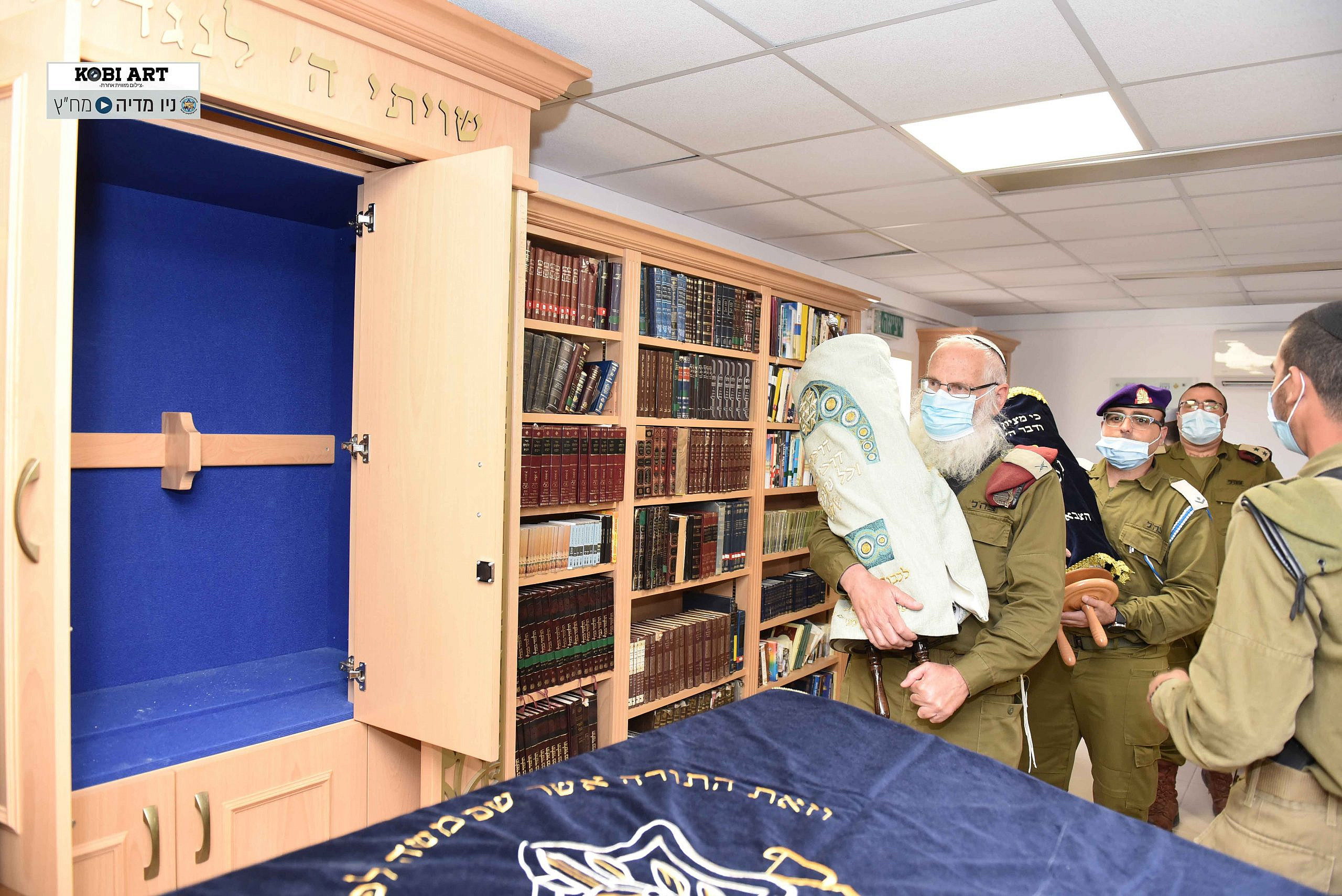 Chief Rabbi of the Israel Defense Forces Brig. Gen. Eyal Karim walks one of two new Torah scrolls for use by the Tomer division of the Givati Brigade into the renovated synagogue of a training base in the Negev Desert, Feb. 17, 2021. Credit: IDF.

Karim congratulated participants, donors and Netzach Yehuda rabbis, and delivered an address in honor of the synagogue and new Torah-scroll dedications.

“This event connected exactly with the week’s Torah portion, Parshat Terumah, which states, ‘And they shall make me a sanctuary, and I will dwell in them,’ ” said Netzach Yehuda president Rabbi Tzvi Klebanow. “We must remember that in parallel with difficult training exercises, we must pray to G-d that he gives us the determination to be messengers on behalf of the people of Israel.”

He continued, noting that “Tomer unit soldiers are an example of a quality, professional company—one that preserves the values they bring from home. You are an example of how an ultra-Orthodox lifestyle can be combined with the mission to protect our people.”

The newly renovated synagogue for use by the Tomer division of the Givati Brigade at a training base in the Negev Desert. Credit: IDF.