Pelosi: ‘No Taint of Antisemitism in Democratic Party’

House Speaker Nancy Pelosi (D-Calif.) said on Tuesday that the Democratic Party has “no taint” of antisemitism amid such remarks coming from congressional members, especially Rep. Ilhan Omar (D-Minn.), whom Pelosi said is not an antisemite.

“I don’t think that the congresswoman is antisemitic,” Pelosi told CNN. 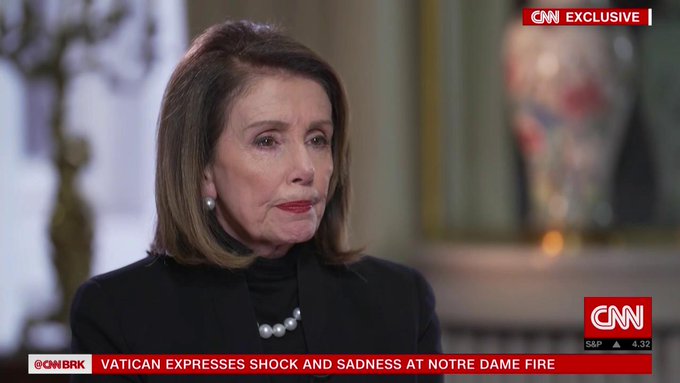 House Speaker Nancy Pelosi says she doesn’t think Rep. Ilhan Omar is antisemitic: “I wouldn’t even put those in the same category.”

She criticizes President Trump for his tweet, saying he used video of 9/11 “as a political tool. He was wrong to do that.” https://cnn.it/2Gp1kc1

Instead, Pelosi blasted President Donald Trump for tweeting a video, criticizing Omar for labeling at the Council on American-Islamic Relations’s Greater Los Angeles branch last month the 9/11 attacks as “some people did something.”

The speaker said the president used the video “as a political tool.”

In terms of Jew hatred in her party, Pelosi said, “We have no taint of that in the Democratic Party, and just because they want to accuse somebody of that doesn’t mean … that we take that bait.”

On Tuesday, Trump expressed no regrets about posting the video.

“It’s unfortunate, she’s got a way about her that is very, very bad, I think for our country,” he added. “I think she is extremely unpatriotic and extremely disrespectful to our country.”