U.S. Rep. Alexandria Ocasio-Cortez (D-N.Y.), who has compared retaliatory Israeli actions at the Gaza border against demonstrators urged on by Hamas to a “massacre,” said on Sunday that decreasing the annual $3.8 billion in U.S. taxpayer assistance to Israel should certainly be “on the table.”

When asked on Yahoo News’ Skullduggery podcast, “Would you be in favor of reducing military or economic aid to Israel,” the congresswoman answered, “I mean, I think it’s on the table. I think it’s certainly on the table, and I think it’s something that can be discussed.”

McCollum, a Democratic congresswoman from Minnesota, has a history of anti-Israel actions, including introducing a bill in November 2017 that would have mandated the U.S. government to certify that its military funding to Israel not be used for “Israeli military’s ongoing detention and mistreatment of Palestinian children.”

In October, McCollum accused Israel of being an “apartheid” state.

Also on the podcast, Ocasio-Cortez compared Israeli Prime Minister Benjamin Netanyahu’s re-election last week to “the ascent of authoritarianism across the world,” and said that his victory should affect American policy on Israel.” 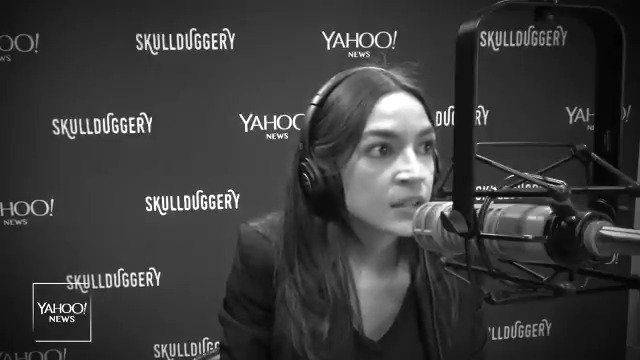 Rep. @AOC thinks “Netanyahu is a Trump-like figure” and says the reelection of the Israeli prime minister is part of “the ascent of authoritarianism across the world” https://yhoo.it/2IB1Rcv  via @isikoff, @dklaidman, @skullduggerypod

The Jewish Democratic Council of America criticized Ocasio-Cortez’s remarks, urging her to speak to fellow Democratic representatives on the issue.

“We recommend she engage with Dem leaders Eliot Engel, Nita Lowey, & Congressman Ted Deutch before contemplating the future of US military aid to Israel. US-Israel ties must supersede politics,” the group wrote on Facebook.