The monument in memory of Alberto Nisman was built by Keren Kayemet L’Israel-Jewish National Fund (KKL-JNF) and KKL Argentina in the Israel-Argentina Friendship Park, next to the memorial built to remember those killed in the 1994 car bombing of the AMIA building in Buenos Aires that left 85 people dead and wounded more than 300 others, and the 1992 suicide-bombing of the Israeli Embassy in Argentina that killed 30 people and injured 242 others.

Nisman’s body was discovered in the early morning of Jan. 19, 2015, just hours before he was expected to announce a complaint against the government of President Cristina Fernández de Kirchner over its alleged cooperation with Iran to cover up the regime’s responsibility for the 1994 bombing. 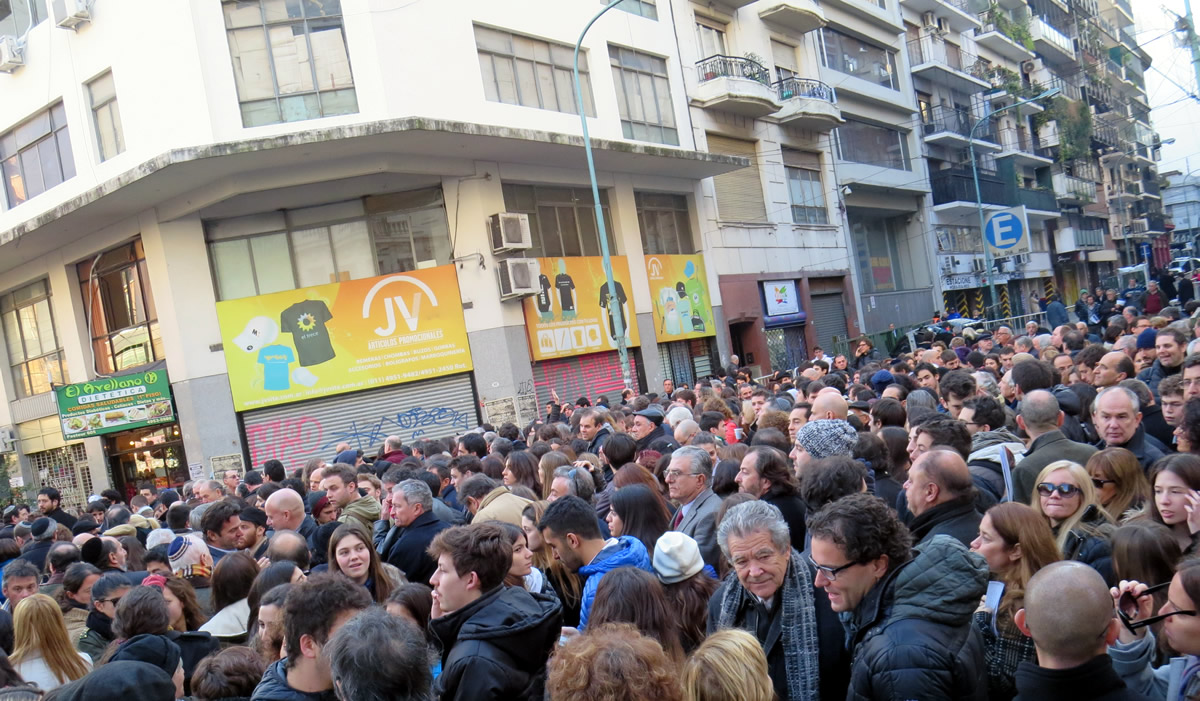 Each year thousands gather to remember the AMIA bombing in Buenos Aires on July 18, 1994, that left 85 people dead and more than 300 in Argentina’s deadliest terrorist attack to date. July 18, 2014. Credit: Jaluj/Wikimedia Commons.

“I would like to warmly thank the Keren Kayemet for establishing this monument, I needed this honor for my son,” said Nisman’s mother, Sara Garfunkel. “I thank the State of Israel, KKL-JNF, Argentina’s ambassador in Israel and everyone else that contributed to making this memorial possible.”

“There are those that are afraid of the truth. Those that will do everything to hide it, but the truth is rooted deeply in the ground,” said Edelstein. “Just like the trees we planted today, it has deep roots. Nisman was a brilliant attorney, dedicated to his family, and more than anything he was a man of truth.

“It is no coincidence that Israel has answered the call of establishing such a memorial in Nisman’s honor, as we hold the same values and the country is always there for us,” said Zbar. “Even before the establishment of the state of Israel, we have had strong ties with this nation, as we were part of the state’s founding.”

Last March, Kirchner was brought to trial by Judge Claudio Bonadio for her alleged role in covering up Iran’s role in the 1994 bombing, but it did not advance thereafter.

Four months later, the case was reopened and inquiries were made, but progress has yet to be made. U.S. Ambassador to Argentina Edward Prado, a former federal judge, has promised to help in the investigation of the AMIA bombing.