Israeli Prime Minister Benjamin Netanyahu and Finance Minister Moshe Kahlon approved a plan at their weekly cabinet meeting on Oct. 7, to bring to Israel another 1,000 Ethiopian Jews, or Falash Mura, whose ancestors converted to Christianity under pressure in the early 1900s. 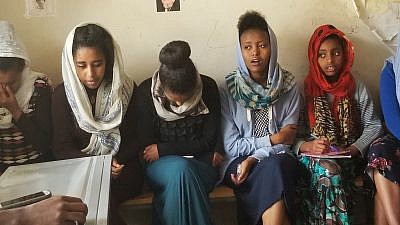 Young girls at study. Credit: The Heart of Israel.

But just as soon as their immigration was again approved, reports surfaced in the Jewish Press claiming that because the Falash Mura “remain faithful to Christianity and do not adhere to Jewish law,” they should not be eligible to immigrate under Israel’s Law of Return, which dictates that any individual with one grandparent Jewish may make aliyah with a spouse and children so long as that individual ‘is not part of another religion.’ ”

Other sources claimed that “outright gentiles are on their way to Israel,” citing that the Falash Mura were not approved in any of the previous waves of immigration, “even though those waves already blatantly failed with aliyah of people with a weak connection to Judaism, in contrast to the welcome immigration of our Ethiopian Jewish brothers who immigrated earlier.”

But according to Aaron (A.Y.) Katsof, director of the Heart of Israel, an organization that is working with the Binyamin Fund to raise money to resettle these Ethiopian Jews in the biblical heartland, such claims are ignorant and outright false. 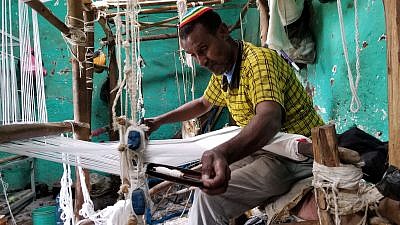 “There is no question that they are Jewish by law and practice,” he said. “There was very little intermarriage among the Falash Mura,” claimed Katsof, who travels to Addis Ababa and Gondar on a monthly basis to report on their extreme poverty and living conditions.

“Almost all of them go to shul, go to the mikvah, keep Shabbat—eating cold food and sometimes losing their jobs because they do not work on Shabbat. Most have not touched meat or chicken in nine years, as there is no kosher meat available there,” he said, while “observant Jews in Israel and the U.S. have trouble not eating meat for just nine days during the month of Av.”

According to Katsof, when the Falash Mura immigrate, most continue as Torah-observant Jews and send their children to religious schools at a rate higher than the rest of the Israeli Jewish population.

“How can people say they are not Jews?” he pondered. “The Falash Mura are more Jewish than many of us are.”

Historically, explained Katsof, Jews in Greece and Spain who were forced to convert were accepted back into the Jewish community right away. Likewise, Israel “did everything in its power to bring in immigrants from Yemen, Syria, Egypt, Afghanistan, Iraq and Iran.” 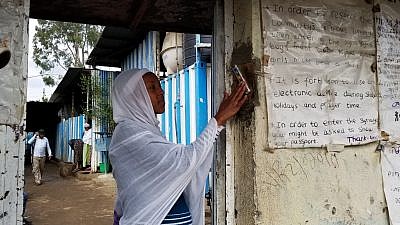 Touching the mezuzah. Credit: The Heart of Israel.

He added that “Russians and Ukrainians of Jewish descent who came with degrees were accepted without question—some with cross tattoos—and Israel looked the other way, not even checking to see if they were part of a different religion. Is that how we do our selection now? Depending on their degrees and how much money they come with? If a Jew wants to come back to Israel, we should take them with open hands.”

According to Katsof, the Falash Mura are not accepted because of a mix of racist, financial and political excuses.

Not only is this an issue of double standards, Katsof said, it’s a matter of human rights.

The Falash Mura have been waiting for two decades to immigrate and reunite with their families in Israel. “There are children who haven’t seen their mothers in years, families broken apart. While they wait, they are malnourished, living in mud huts without electricity or water, and they are dying of simple diseases,” he said. “There will be people who die before they can immigrate to Israel.”

Now, Katsof claimed, “we are waiting on Interior Minister Aryeh Deri [of the Shas Party] to see that his constituency supports bringing them home. A majority of 77 Knesset members have signed that they want to bring them here, so I’m working to raise public opinion.” 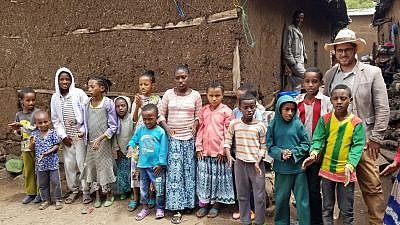 Katsof is certain that the Falash Mura will eventually get to immigrate to Israel.

“The 2015 decision was a final decision, and legally, the government must do everything it can to bring them,” he said, also referring to biblical prophecy that God will bring his children from the four edges of the earth and Jewish exiles will return to their land.

“We can either be part of it or against it,” he stated. “We at the Heart of Israel are trying everything within our power to bring them home.”