The Islamic Movement in Israel, an offshoot of the international Muslim Brotherhood, is furious with the Trump administration’s policies regarding Israel and the Palestinians, two senior officials in the southern branch of the organization told JNS.

Sheikh Safwat Freij, who lives in Kfar Qasim in central Israel and is the deputy leader of the southern branch of the Islamic Movement, told JNS in an interview in his office in Kfar Bara that U.S. President Donald Trump “has been against the Palestinians since he was elected.

“Trump has a lot of advisers who are evangelical Christians and has investigations going on against him, and the U.S. embassy move to Jerusalem should be seen as a distraction from all that,” claimed Freij.

“Arab Muslims in Israel are one nation united against Trump’s declaration [recognizing Jerusalem as the capital of Israel],” he said.

Regarding the peace plan that the U.S. administration is planning to unveil soon, which reportedly will keep Jerusalem united under Israeli sovereignty, Freij was adamant: “For us, Trump can decide what he wants, but who are actually there? The Arabs and Muslim Palestinians.”

“Everything will blow up in our faces; it is only a matter of time. We need two states,” he said, adding that “Israel is becoming less tolerant, and the [Jewish] right-wing is getting stronger.”

The Islamic Movement works to build grassroots support among Israeli Arabs through a web of NGOs, and in the process, Islamize Arab society.

The movement is heavily geared to promoting its various charitable organizations and other activities, including Islamic classes, youth activities, day-care centers, the management of mosques and so on. All of these activities promote the Islamic Movement’s interpretation of Islam, which is the dominant Islamic stream among Arab Israelis.

The movement goes back to the Muslim Brotherhood founded in Egypt in 1928 by Hassan al-Banna. Each Muslim Brotherhood branch or offshoot operates within the state where it is present, but also maintains (many times unvoiced) pan-Islamic long-term goals of a caliphate after succeeding in Islamizing the local society.

Islamist groups in the Muslim Brotherhood mold often dissimulate their real views in order to stave off persecution from the local government or to gain international legitimacy. For example, the Muslim Brotherhood offshoot, Hamas, has stated that it supports a two-state solution, but at the same time does not recognize Israel’s legitimacy (i.e., the war will continue, but first Palestinians want to gain a state).

The southern branch of the Islamic Movement in Israel is more careful with its language, as it wants to operate openly in Israel and influence from within, without coming under the hammer of the country’s security forces.

Traditional Muslims practice the tenets of the religion, though they often do not agree with the Islamic Movement agenda.

The southern branch works legally in Israel and is more pragmatic compared to the more radical northern branch, which was outlawed by the Israeli government in November 2015. Both groups have tremendous influence on Arabs in Israel, but the southern branch plays the political game, takes part in the Knesset, and is open to engage with the media and Jewish majority.

Reflecting on the dramatic shift of the current U.S. administration and the Ambassador to Israel David Friedman, Freij said, “I used to have meetings with the U.S. embassy in Israel, but now I wouldn’t even think of participating since they are supporting the occupation.”

The interview took place in the office of the Islamic Movement run Al-Aqsa Association, which promotes the Israeli-Arab Muslim connection to Jerusalem and organizes activities such as mobilizing the Arab public for protests at the Temple Mount. 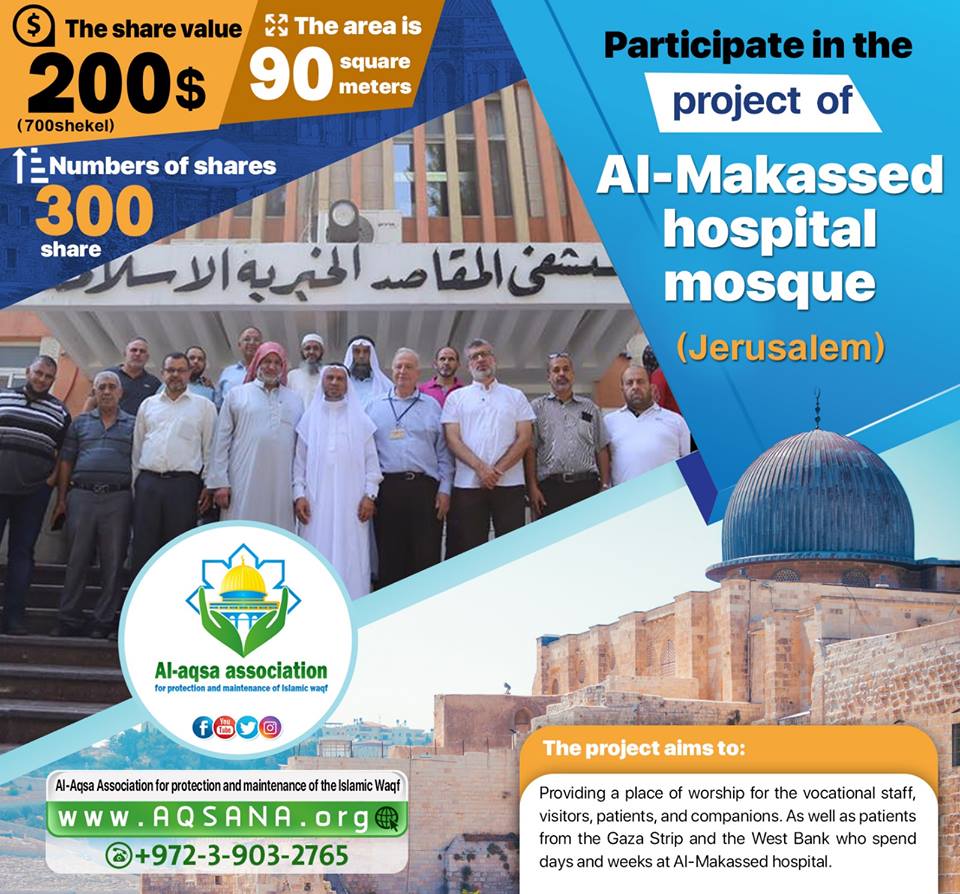 According to Freij, these activities include tours of Jerusalem, and support to a health clinic and a school in eastern Jerusalem. Leading up to the May 14 ceremony of moving of the embassy to Jerusalem, the organization organized more than 100 buses to Jerusalem, said the deputy leader of the Islamic Movement.

The organization has a Facebook page, and according to Freij, gets donations locally, though it is likely that some funds are coming from abroad being that the NGOs Facebook page runs fundraising campaigns in English.

Asked what the response of the Islamic Movement would be to the Jerusalem move, Freij responded, “Now it is even more important to help poor Muslims in Jerusalem.”

The group has increased its openness over the past year or so in its outreach to foreigners and journalists to promote its narrative and perhaps to promote its image as a mainstream political movement in the country, separating itself from the more radical and secretive northern branch.

Knesset member Abd Al Hakim Hajj Yahya, who represents the southern branch of the Islamic Movement in the Knesset in the United Arab List Party (part of the Arab Joint List with other parties), told JNS that the most of the world did not accept what Trump did in moving the embassy to Jerusalem.

“Every Muslim knows that Al-Aqsa mosque is important and should be under Muslim sovereignty,” he said, adding that any peace-plan compromise must be reached based on pre-1967 borders.

On one hand, Trump had said that he would not interfere in the negotiations, but on the other hand, he removed the Jerusalem issue from the negotiations, argued Yahya. Furthermore, he complained, the United States is cutting funds to UNRWA—the United Nations organization geared to help Palestinian refugees—effectively taking the refugee issue off the table as well.

“To get to peace there are three main issues: the borders, the refugees and Jerusalem,” and Trump has effectively decided all three in Israel’s favor before negotiations, said Yahya.

Trump’s policy on the peace process “will lead to war,” warned the Arab MK. “Therefore, Trump cannot be a mediator for peace because he has already taken the side” of Israeli Prime Minister Benjamin Netanyahu, he insisted.

The Trump administration is planning to unveil its peace plan in the coming months, though it’s unclear what the content and context will include. Administration officials have said that both sides will need to compromise.

Trump’s Mideast envoy Jason Greenblatt told Reuters last month that Washington is prepared for criticism of the plan, and that both sides will like and dislike different parts.